Elden Ring – Best Items To Buy In The Early Game? 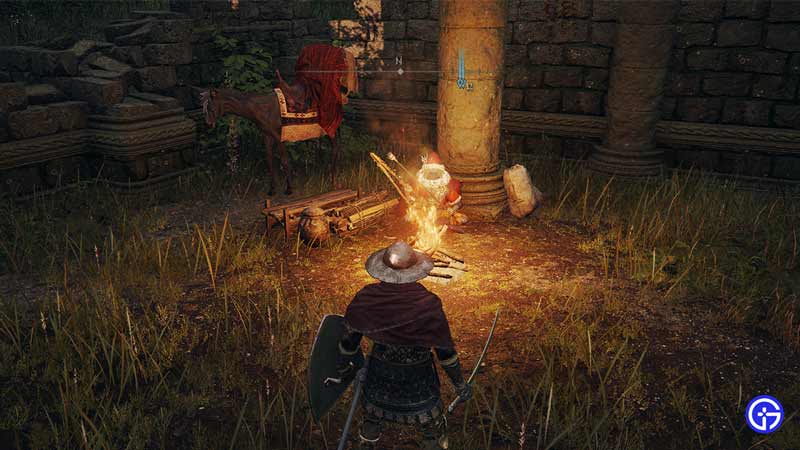 Elden Ring is an ARPG as such you have essentially no good gear. In a game like this one, having good gear is essential for dealing with problems that pop up at every corner. The early stages of the game are tough as everything you have is pretty sub par. So in this guide, I will show you the Best Items To Buy & Get Early in Elden Ring.

There are plenty of items you can get for free in the Elden Ring but they come with an added risk of obtaining them. Such items are the Meteorite Staff, Glintstone Keys, Deathroots, etc. There is an easier way of getting good Items and you get them by buying them from NPCs. The Items you should focus on in the Early game of Elden Ring to buy are:

Elden Ring has a crafting system that allows players to craft certain Items & Consumables. This system is unlocked by purchasing the Crafting Kit from the Merchant Kale who is found at the Church of Elleh. The location is pretty much next to the beginning area of ​​the game in Limgrave. Kale is a pretty funny guy and he does recommend buying the kit from him. Although he does drive a tough bargain by giving the Crafting Kit in exchange for 300 Runes.

See also  Sorry, you didn't win an iPhone 13: If you've been tagged on Instagram for it, it's a scam

In addition to the crafting kit, you will need cookbooks. They are essential items that will unlock certain crafting recipes. To use the Crafting Kit, you will need some Recipes. So to buy these cookbooks, you can buy them from certain merchants. The fastest way to start it off is by visiting our Merchant Friend, Kale. You can buy the Nomadic Warriors Cookbook for 500 Runes & Missionary’s Cookbook for 1000 Runes.

The Cracked Pot is a Key Item that is required in a lot of Pot recipes. It is more or less used for thrown-based Pot Weapons. It comes in pretty useful for creating weapons that can deal with hordes of enemies. You can get it from our good friend, Merchant Kale, for 300 Runes.

Ash of War: No Skill

This is an interesting one. The Ash of War: No Skill disables the Skill on the Armament it is equipped on and takes on the Skill of the Armament equipped on the other hand. This opens up a lot of strategies that could help you out in the early game. You can buy the Ash of War: No Skill from the Knight Bernahl for 600 Runes at the Warmaster’s Shack.

Elden Ring is a very dark game, this is to enhance the ambiance of the game. But certain areas are so Dark that it makes it almost impossible to See. To avoid this problem, just get a torch. A Torch will brighten up the Dark section you are at and will make your gameplay easier. To get the Torch, you will need to go back to the Church of Elleh and talk to Merchant Kale. You will be able to buy it from him for 200 Runes.

See also  Dragon Age Dreadwolf: Official name for part four and when you hear more about it

These were the best Items you can buy in Elden Ring in the early game. Hopefully, this guide has helped you. You can also check out our other guides like Elden Ring Sellen Location & Quest Walkthrough & Elden Ring: How To Beat Mad Tongue Alberich & Cheese.