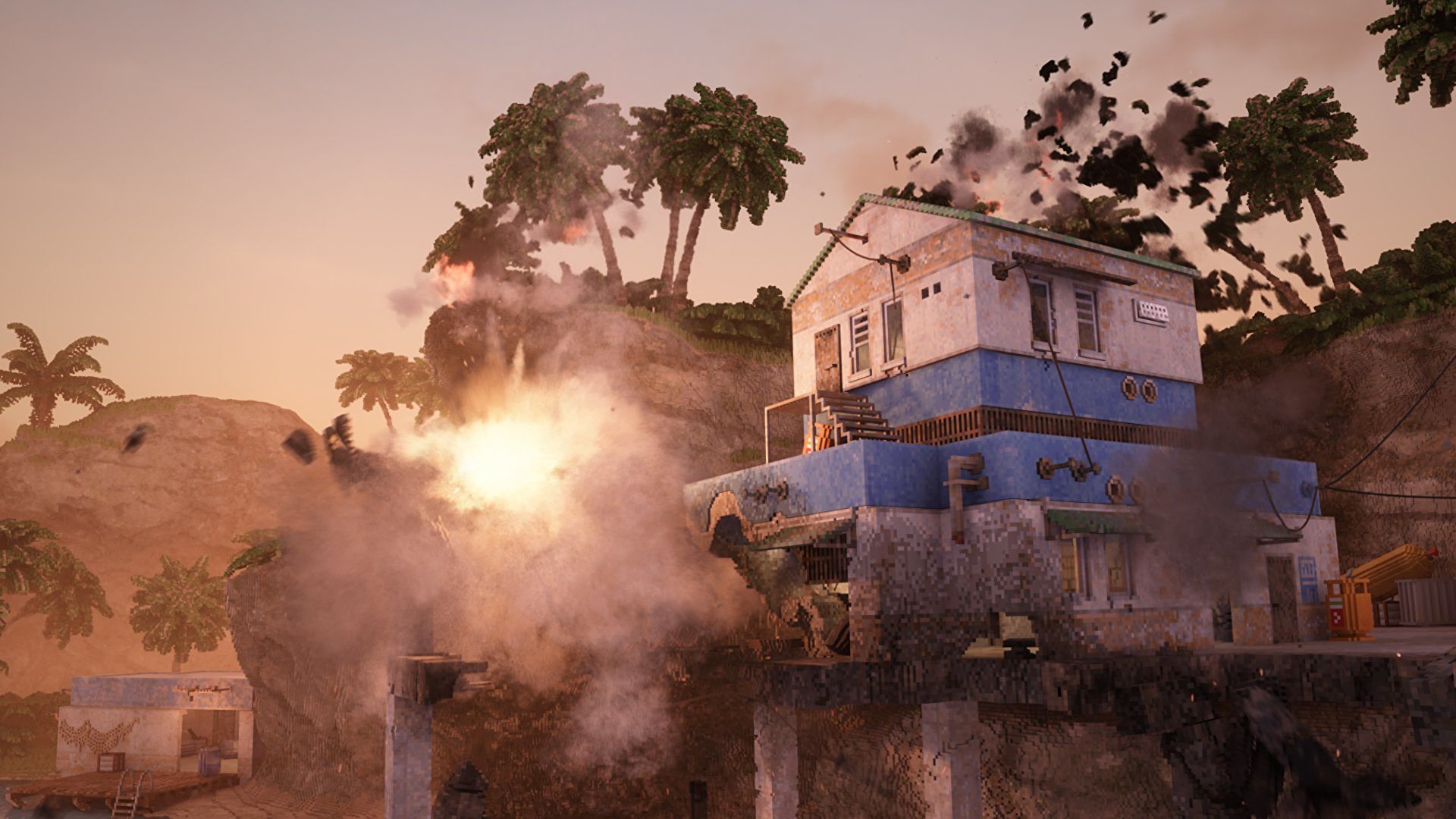 The excellent destructive sandbox heist game Teardown is winding up to leave early access and launch in full, today announcing a version 1.0 release date of April 21st. Teardown’s a cracking game, about carefully poking holes in destructible environments to prepare for a madcap high-speed heist once an alarm’s triggered. I’m excited for it to be done. For now, check out a new trailer show off some of the newness they’ve added across early access.

An early access update completed Teardown’s campaign back in December, so I’m not sure what to expect from the full launch. The devs haven’t really said. But they have released a new update today with additions including a shooting range and skeet machine for target practice, new topiarya summertime sandbox version of Cullingtonand new particle effects:

Version 1.0 will be spiced up with new particle effects! pic.twitter.com/iHvIzd6U92


Pretty particles, those. Now I’m even more keen to make a big stinking mess with my clumsy heisting. I should stress that Teardown’s destruction technology is not only cool, it’s vital to the game. Teardown is one of the few games which has graduated from a neat-looking tech demo showcased in video snippets on Twitter to, like, a really great game which couldn’t work without that fancy tech. Laying the groundwork for your heist is deeply satisfying, especially once you realize quite how creative you can get with the physics simulation, and the resulting frantic escape is thrilling.

Our Graham’s early access Teardown review called it “a towering achievement in tearing down towers” in November 2020, and soon after I joined him in declaring it one of our favorite games of 2020.