Amazon Prime Day 2022: Everything we know so far 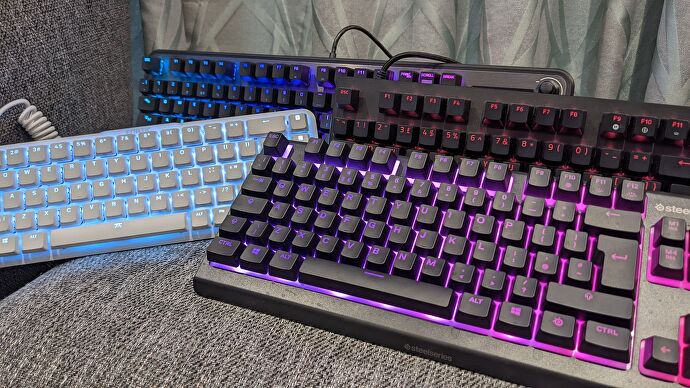 Amazon have confirmed that Prime Day 2022 will take place this July, finally nailing down the deals-o-thon to a time window and denying me any more excuses to put off writing a guide about it.

Like a shorter Black Friday, this can be a good opportunity to pick up some PC gaming hardware at severely slashed prices, so if you’re currently weighing up a new SSD or replacement mouse then it may be prudent to hold off until the event gets underground And you might not even need to shop at Amazon for it, as some rival retailers like to run their own deals to compete with Prime Day directly.

For now, you’ll find everything there is to know about Prime Day 2022 below. To be honest there aren’t many concrete details except the month, but you can get yourself prepped with our best hardware guides in the meantime, and we’ll be rounding up all the best Amazon and non-Amazon Prime Day deals during the event itself.

What is Prime Day?

First off, it’s not really a day. In recent years, Prime Day has been a 48-hour festival of Amazon discounts and lightning sales, often with prices falling to all-time lows for certain items – hence why it can be worth waiting for. Earlier Prime Days had a reputation for trying to shift seemingly random junk (33% off duct tape, hell yeah), but nowadays you’ve got far better chances of finding something you’d actually want.

That includes the latest and greatest PC components and peripherals. Prime Day 2021 cut some of the best SSDs, best PC gaming headsets, and best gaming mice to their lowest prices ever (at the time), and Prime Day 2022 could easily repeat the feat.

What makes Prime Day different from the average Black Friday is that all of Amazon’s best deals are limited to Amazon Prime members. This costs £8 / $15 per month, or £79 / $139 annually, but if you just want to take advantage of Prime Day then you could set up Prime’s free 30-day trial shortly before it starts and cancel it once you’ve made your purchases.

July. When exactly in July, we don’t know yet, though some potential clues might be found in the dates of Prime Days past:

While this will be the first July-set Prime Day in three years, all previous instances have started roughly around the middle of the month, always early in the week and usually on a Monday. I’ll update this guide once the actual dates are confirmed, but suffice to say that if you’re going the cheeky 30-day trial route, don’t activate it until late June at the earliest.

Is Prime Day worth it?

depends Is it worth paying for Amazon Prime just to access Prime Day deals? Probably not, unless you make more than £79 / $139 worth of savings on hardware that you were going to buy anyway. That being said, you also get all the standard features of a Prime subscription, like faster delivery, Prime Video and Amazon Music access, and so on. You might have already signed up for Prime to get these, in which case Prime Day deals are just another perk.

Since we’re just a few weeks out, I do think it’s worth delaying most non-essential PC gear purchases to see if Prime Day offers a better price. Especially if it’s for the kind of tech that’s most prevalent on Amazon, like SSDs and peripherals; Good CPU or motherboard deals can be had, but are rarer. Also, given the current state of the graphics card market, you’re likely better off grabbing a one-off deal on a graphics card than holding out hope that Amazon will replenish its usually meagre stocks.

As to whether Prime Day is worth your timewe’ll help with that when it comes, by highlighting only the best deals on hardware we know to be good.

Got any Prime Day tips?

Outside of signing up for and later canceling the Prime free trial, yah, a couple. One is that if you know what you’re looking for – say, a specific keyboard or gaming monitor – then you can save yourself a bit of effort by pre-loading your shopping cart with your desired items before Prime Day 2022 gets underway. Once it starts, you can then head straight for your cart and see which are on sale, removing any that aren’t and going to checkout (without needing to manually search again) for those that are.

Chrome users should also consider installing the Keepa extension. This adds a price tracking graph to any Amazon listing you view, letting you see how its price has fluctuated over the past few weeks or months. This can be a handy tool to counter the underhanded, though sadly not uncommon, tactic of Amazon sellers creating phantom “deals”: ​​raising the price of an item then lowering it back down during a big sale, an illusion of a price cut. Keepa lets you see if a discount is really a discount, or just lets you confirm if something is at at a historically low price.

fair enough Let’s not pretend that Amazon haven’t been the subject of repeated accusations of poor working conditions and tax avoidance, to say nothing of their anti-union and mass data collection practices. If you’re still after some PC upgrades but want to avoid Amazon specifically, the good news is that many hardware retailers will launch their own offers to coincide with Prime Day. In many cases, these will match the prices of what Amazon are asking for the same item, and sometimes undercut the Prime Day sales outright.

As Katharine did last year, I’ll be maintaining an Anti-Prime Day deals guide in July, keeping track of the best deals from outside the Bezos ecommerce empire. It goes without saying that these won’t need a Prime account, too.

Garmin Philip
See also  How much money have you spent on your current PC accessories?