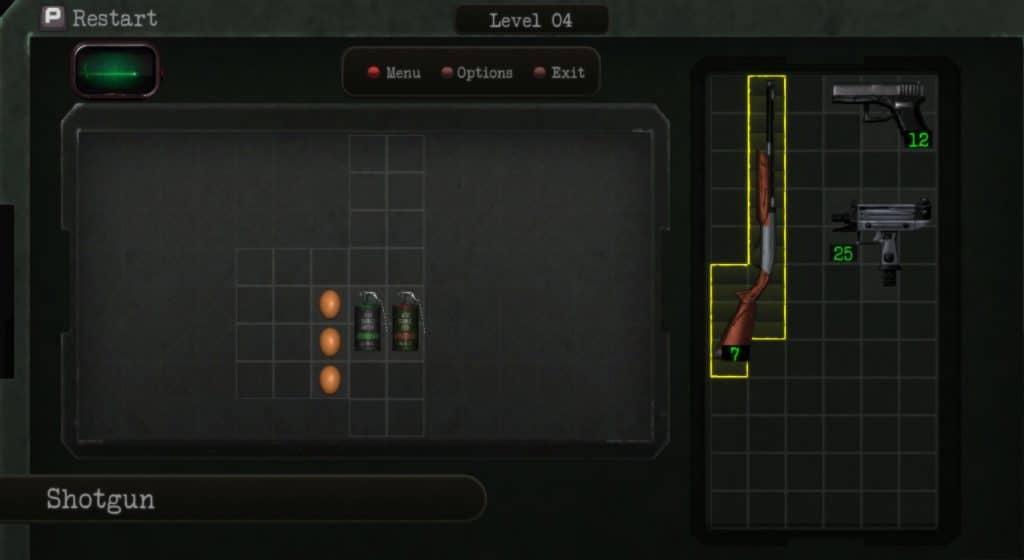 One skill is essential for MMORPG players, Diablo fans and lovers of shooters like “Escape from Tarkov” or “Resident Evil 4”: How do you arrange the inventory perfectly? A new Steam game “Save Room” trains the ability with a kind of “Inventory Tetris”: The game costs only €1.27 at the moment. MeinMMO author Schuhmann tested it for you and agrees with the 93% positive reviews on Steam.

What kind of game is this?

Guy makes game about mega-stressful MMORPG raid, is successful, takes it off the market

And there is always not enough space in the inventory

What’s the gag of the game? The gag is that games like Diablo 3 or Escape from Tarkov have been annoying us since the beginning of time with that

The puzzler from Fractal Projects plays with this slightly ironic torment. In particular, players of “Resident Evil 4” from 2005 see the game as a homage to Capcom’s horror shooter. But Diablo 3 players should also feel comfortable right away and notice this quiet scratching at the back of their head, in which experienced loot players recognize the request to immediately arrange the inventory perfectly.

What are users saying? With 93% positive reviews, the game is very well received on Steam:

The only criticisms are that the game is quite short with 40 levels and that there is no mouse support. It’s a keyboard or controller only game.

Based on play times, most users probably spend around 2-3 hours with the puzzler before then writing their review on Steam – and likely either quitting the game or closing it in frustration.

This is behind it: For some MMO players, arranging inventory “perfectly” is an obsession. Some people spend hours trying to get into it.

There are even reports of people who passionately clean up their acquaintance’s inventory. “Save Room” seems made for such people. For others, it’s an opportunity to test their skills in Inventory Tetris.

Those who have brought themselves up to speed with “Save Room” can then prove their inventory skills here: