Twitch streamers destroy themselves and their setup on Nintendo Switch Sports – “Did you see the controller fly?” 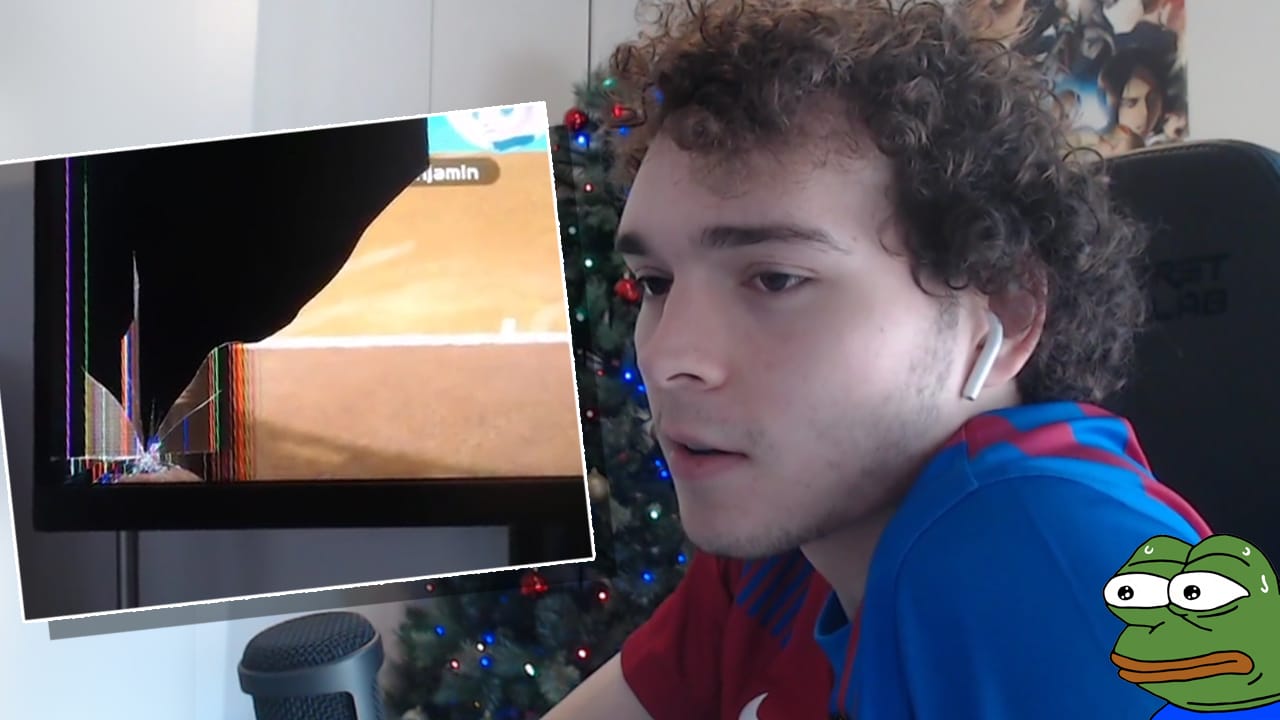 Nintendo released a new sports game for the Nintendo Switch on April 29, 2022: Nintendo Switch Sports. There you can play volleyball, badminton or tennis, among other things. The motion-controlled joycons help to make the game feel as realistic as possible. The controllers are included with every switch – but they are just flying through the room and claiming the first victims.

N / A? Do you remember Wii Sports for the Nintendo Wii? The classic appeared almost 16 years ago and has been on the conscience of many televisions ever since.

The Wiimotes, the predecessors of today’s joycons, were also equipped with motion controls and flew through the living rooms of athletes.

There’s even a small compilation of clips showing players accidentally banging the Wiimotes at their TVs:

The sports version for the Nintendo Switch also has the first broken monitors and hands. In the meantime, the whole thing is no longer captured with private, pixelated cameras, but in Full HD and live on Twitch.

So also with streamer 63man, who played a round of tennis. In the match, he lashed out with a powerful punch and released the joycon, which crashed into his monitor with full force.

63man stared blankly at his screen for a few seconds before aiming the camera at the damage. You can see the accident and reaction in this Twitch clip:

But he didn’t play tennis, he played volleyball and tried to get the ball. However, he threw his joycon across the room trying to do it.

“I threw my controller into space, man. Did you see the controller fly?” he asked afterwards, giggling. Northernlion then said he may have injured his hand trying to catch the joycon.

But not only streamers accidentally recorded their accidents live, a reddit user also posted a photo in a post that has already received almost 20,000 upvotes. “My first broken TV while playing Switch Sports,” user Equivalent_Actuary_6 captioned the reddit post:

What does the community say about the incidents?

They find it funny and nostalgic. Many rave about the old days of 2006-2008 where many were actively playing Wii Sports and wrecking their monitors.

We have selected a few apt statements from reddit for you:

Many also point out that you should always tie the supplied Joycon straps around your wrist so that precisely such accidents do not happen. However, such tapes already existed in the Wiimote era. Not much seems to have changed in 16 years.

Do you remember Wii Sports or do you even have a Nintendo Switch with the new sports game? Maybe you already have a monitor on your conscience? Write us your stories in the comments.

8 Nintendo Switch tips and settings you should definitely know