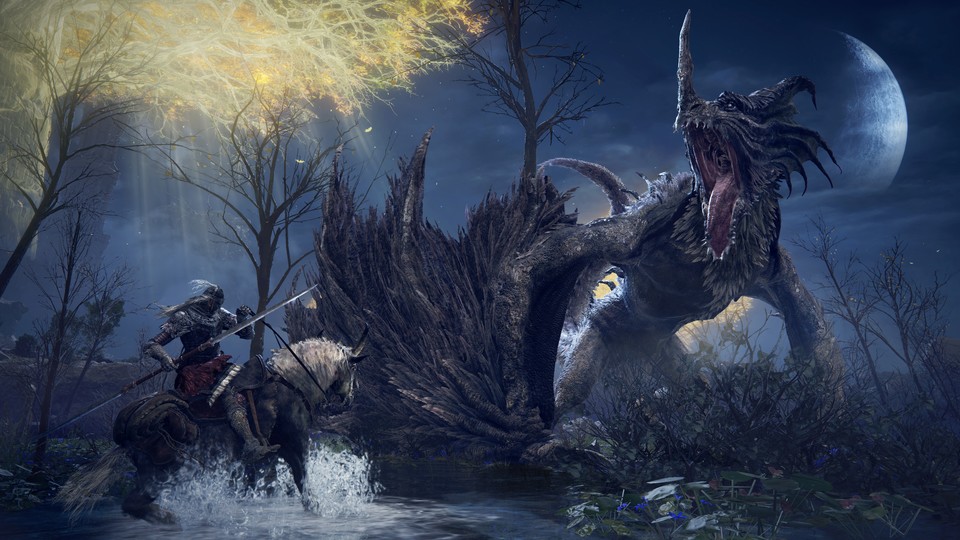 Wizards and dragons aren’t the only parallel between Elden Ring and The Lord of the Rings.

There’s a moment in Elden Ring that immediately makes us think of the Lord of the Rings movies. Just before the transition from Liurnia to the Altus Plateau, we pass a tower topped with a glowing red fire that bears a striking resemblance to the Eye of Sauron. But a TikTok video shows us that the parallels don’t stop there.

Frodo and Sam in the Lands Between

The clip from PickleLover shows us some of the most iconic scenes from The Lord of the Rings – just in Elden Ring. Disguised as Frodo and his faithful companion Sam, two players sneak through different Elden Ring locations that more or less appear in the movies (and the books):

This can be seen: The video begins with leaving the Shire. Then the two hobbits rest at a warming campfire. But then the first danger lurks: a Dark Cavalryman serves as one of the Ringwraiths, also known as Black Riders, who are after Frodo. Other locations include Mordor and Mount Doom in addition to the mentioned Tower of Madness. A highlight is the fight against Shelob. Here Frodo lies motionless on the ground while Sam fights the spider with the sword Sting.

JRR Tolkien is still very influential: The Lord of the Rings originally appeared in the mid-1950s, but the influence on new works is still immense. While Miyazaki’s stories are significantly darker than Tolkien’s, we see elements of the writer’s work around every corner of the worlds of the Elden Ring and Dark Souls.

The story of Elden Ring is even darker than that of The Lord of the Rings: 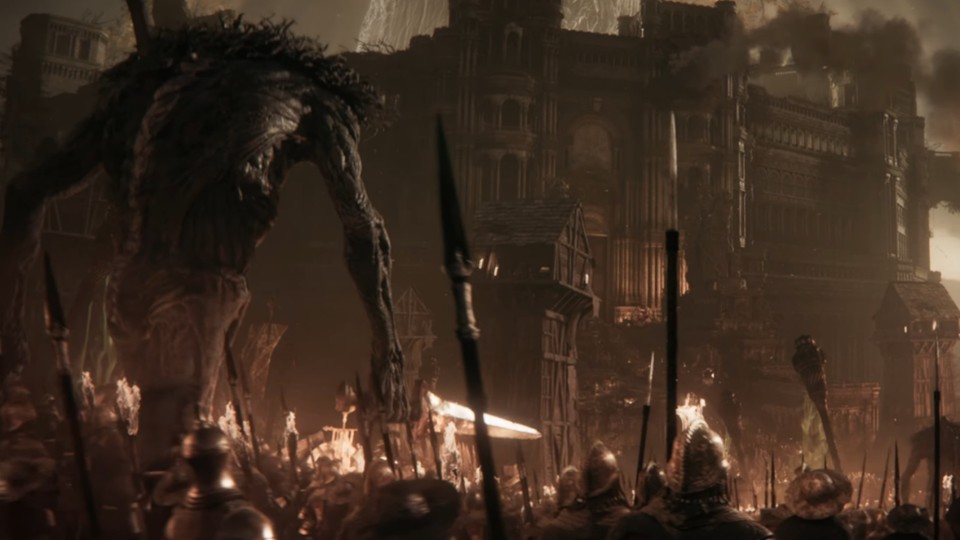 This also happens in the intermediate lands:

Stomping around the Elden Ring in Hobbit cosplay is just one of many fun and interesting ideas that fans of From Software’s masterpiece can come up with. Many make the already difficult adventure even harder: For example, by playing through the game completely overloaded and thus severely restricting their character’s freedom of movement. Or they drop their weapons and defeat the toughest bosses without even attacking once.

How do you like the Lord of the Rings parody in Elden Ring?