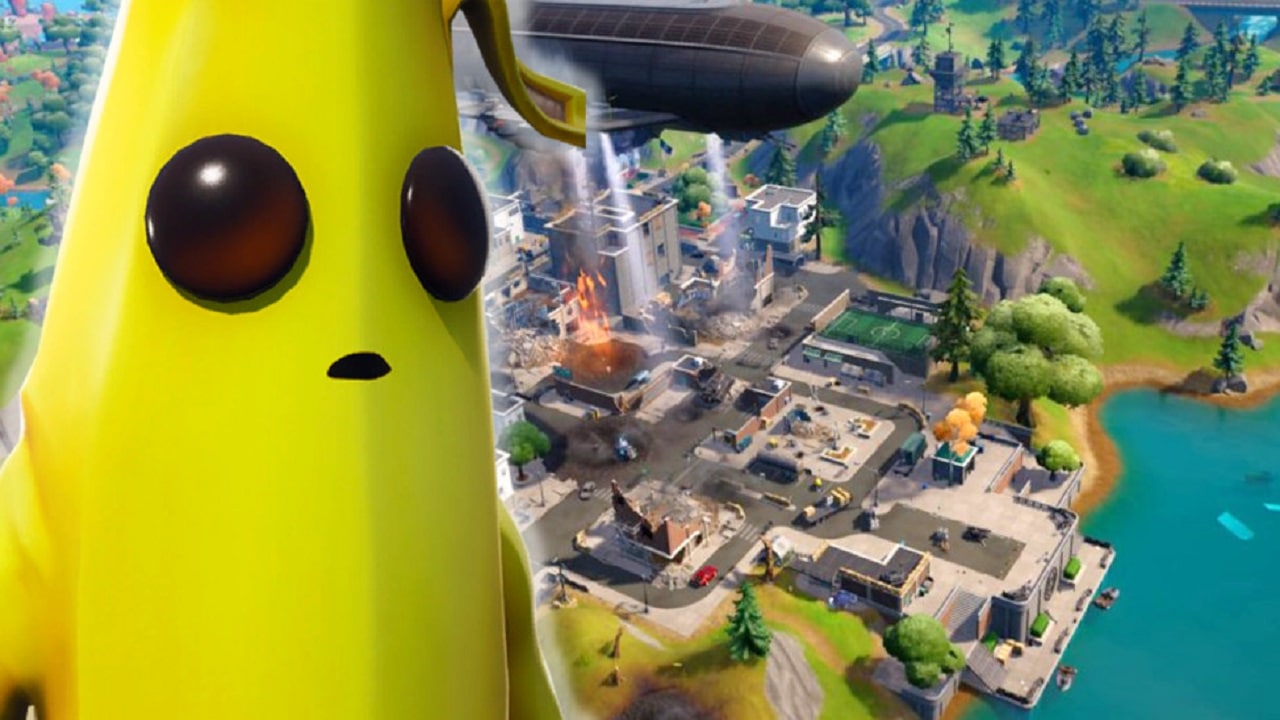 Fortnite has been in a struggle for island supremacy since the start of the confrontation between IO and the Seven. The seven want to prevent IO from using a precious power source for evil. Despite the blatant story and many twists, players find it all boring. They want wacky Fortnite missions back.

What’s going on in Fortnite right now? In Fortnite, players are fighting alongside the seven to stop the machinations of the IO. They fight on the front lines and take over places that IO has claimed for themselves.

This reduces the influence of the imagined order on the new island. But players don’t want these serious fights. They want to do fun missions and quests rather than put a stop to terrorists.

Driving lessons with a banana are more exciting than battles

On Reddit the user created potatoinabeanie a thread in which the driving lessons with Peely the banana are more interesting than the important fights between IO and the seven.

He is not the only one who thinks so: Many players comment under potatoinabeanie’s post that they are actually bored with the main story about reclaiming the island compared to the side missions.

This means user Riddle Eats Rainbow the following on the thread: “Peely’s driving is much more interesting than the constant power struggles of the seven, to be honest.”

Despite the blatant story with many twists and cool fights, the players obviously hardly pick it up. They prefer missions in the character of Fortnite. Crazy driving lessons with a banana are just part of it. However, when it gets more serious, it becomes boring for many.

What can be the reason? If you follow the story of Season 2 in Chapter 3, everything started relatively simply. Sneak missions in which players had to move from A to B and set up satellites and other espionage work.

With the preparations complete, the Seven began to confront the IO at last. Players could take part in the skirmishes to help the Seven.

After each completed week a base fell and it went on like this for weeks now. It follows a boring pattern, with no unpredictable twists that could add suspense to the game.

So far, every fight could be won by the seven. Players therefore also count on the fact that the seven will also win these clashes.

Despite a major battle being fought, there is little to no collateral damage so far – zeppelins even go to sea to crash just so the map doesn’t get destroyed. These are all things that players will not find very exciting in the short or long term. That’s why absurd banana missions are much more fun in such a serious scenario.

They lighten the mood and give the situation a wacky Fortnite style, and that’s what players want.

What do you think of the story in Fortnite? Do you get them or do you just play your rounds of Battle Royale and completely ignore the story? Let us know how you feel about it in the comments.