After a massive flop, Babylon’s Fall developers are taking a deep dive and rethinking their PS5 game 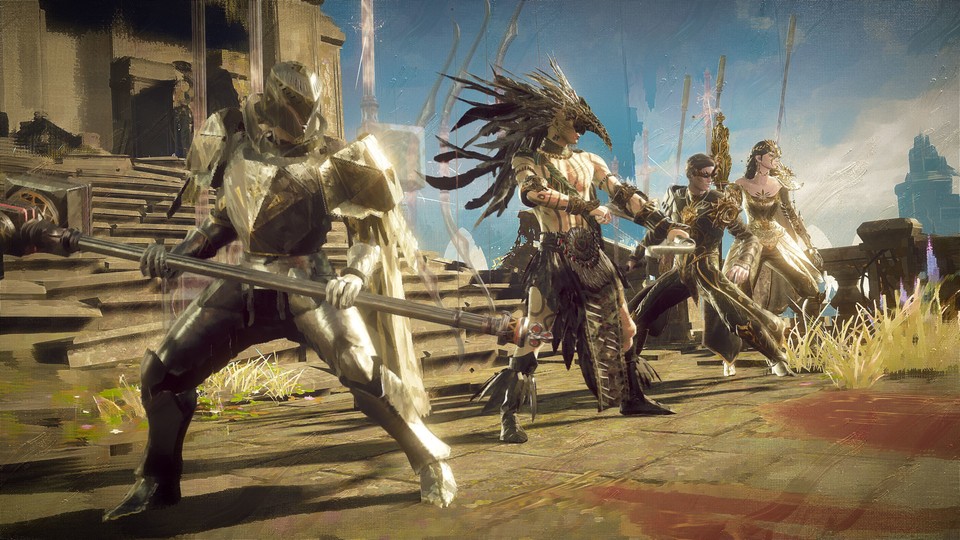 Babylon’s Fall will soon have its second season, but it will run until the end of November.

Babylon’s Fall flopped so hard that at times only one fan was online. This has not escaped the developers’ attention either and they are now reacting to the PS5 and PS4 flop. In an official statement, the studio explains that the upcoming second season will appear as planned, but will be extended until the end of November. During this time, consideration should be given to how Babylon’s fall will continue in the future.

That’s what it’s about: Actually, the people at Platinum Games know their way around action games (Nier: Automata, Bayonetta, Astral Chain), but Babylon’s Fall still didn’t succeed. The game suffers from a lack of variety, poor balance, immature level design and loot and service systems that have not been thought through to the end. Accordingly, the PS4 and PS5 game was a big flop. You can read more about this in this GamePro article:

41 on Metacritic and sometimes only 1 active player:

Season 2 is extended: In a statement on the Babylon’s Fall official site there is a new reference to the second season. It brings only a few innovations and starts as announced at the end of May. However, it will not run for three months as originally planned, but until the end of November. Even if an in-game ad initially claims otherwise.

“After the release of Season 2, the duration of the season will be displayed in-game as ‘Until August 30, 2022’. However, the correct time period is ‘Until November 29, 2022’. This incorrect information will be corrected in an update soon corrected.

We are incredibly sorry that we are having to wait for our games in this way.”

We are thinking until winter: The longer time should be used intensively. The people behind Babylon’s Fall don’t seem to have missed the lack of success and now they probably want to do some more self-examination to see how it should go on. Or, to put it another way: “to reconsider the planned future operation of the game”.

It sounds a little as if the whole thing might then be switched to Free2Play or as if the servers would be switched off directly. So far, however, there have been no announcements in this direction. We’re curious to see if Platinum Games turns the corner like it did with No Man’s Sky or Final Fantasy 14, or if Babylon’s Fall is more likely to be the next anthem.

How do you think Babylon’s Fall will continue?