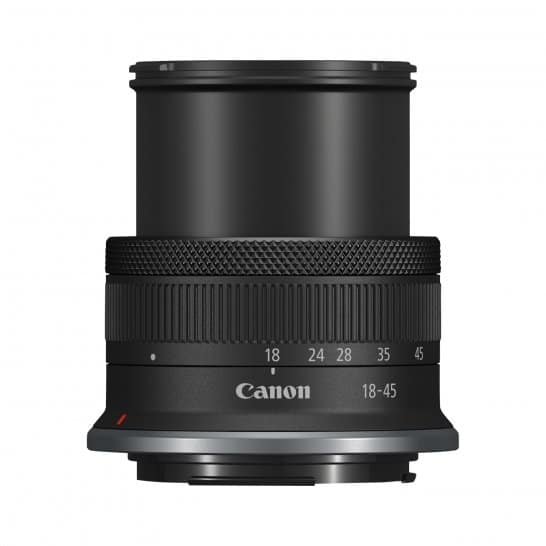 Canon has introduced the two mirrorless APS-C cameras EOS R7 and EOS R10. There are also lenses that are tailored to the cars. For Canon, it’s the first line of cameras that don’t have a mirror and use APS-C with a 1.6x crop factor to full frame. The toughest competitor in this segment is Sony. The lenses start with the RF-S 18-45mm F4.5-6.3 IS STM and the RF-S 18-150mm F3.5-6.3 IS STM. More are to follow. In addition, lenses from the EF and EF-S series can be used on the R cameras – sometimes with restrictions and adapters; at EF-M, meanwhile, the question of the future arises.

EOS R7 and EOS R10 are fundamentally very similar and there are few differences on the body. The first look is at the sensor: the EOS R7 has a sensor with 32.5 megapixels, while the EOS R10 has to make do with 24.2 megapixels. This difference also sets the basics for both models: the EOS R7 creates 30 frames per second with an electronic shutter and the EOS R10 23 frames. With a mechanical shutter, both models shoot 15 frames per second. The R7 closes at 1/8000; the R10 with 1/16000. Both have the Dual Pixel CMOS AF II in common, with the EOS R7 bringing the AF Multi Controller and Control Wheel into the field for easier and more precise operation. It should also win customers from the DSLR environment, especially the EOS 7D.

If you want to make videos with the camera and have some expectations, you will get the better package with the EOS R7. Both can do 4K UHD at 60 fps with now theoretically unlimited clip lengths; the R7 has a crop mode, canon log 3, cinema gamut and headphone jack as well as the more sophisticated image stabilizer with IBIS to the IS. It also has two UHS-II card slots. It is pleasing that both cameras have a fully functional hot shoe, which microphones can use to communicate without a cable braid.

The cameras are similar, but keep the necessary distance from each other in the portfolio, which is also noticeable in the weight: At 612 grams, the R7 is the slightly heavier sister of the R10 at 429 grams. Both are basically rather light in comparison. Not only does the missing mirror save weight, but also the missing integrated flash.

With the two cameras, Canon is also introducing two new RF-S lenses that complement the existing RF-S range. As mentioned at the beginning, the cameras can use 26 RF lenses for full format alone and also EF(-S) lenses for DLSR cameras. But that doesn’t work the other way around: the RF-S lenses are not DSLR and EOS-M compatible and produce their 1.6x crop on full-frame DSLM. The two new ones are declared by Canon as kit lenses, so they are also (and probably mainly) available in combination with the body.

As with the EF-S models, however, plastics dominate the picture, including on the bayonet. Plastics help with pricing and weight; the 18-45 weighs just 124 grams; the 18-150 to 305 grams. There is a filter holder with 49 millimeters or 55 millimeters, but no seal and no sun visor. Both have a zoom ring and a focus ring.