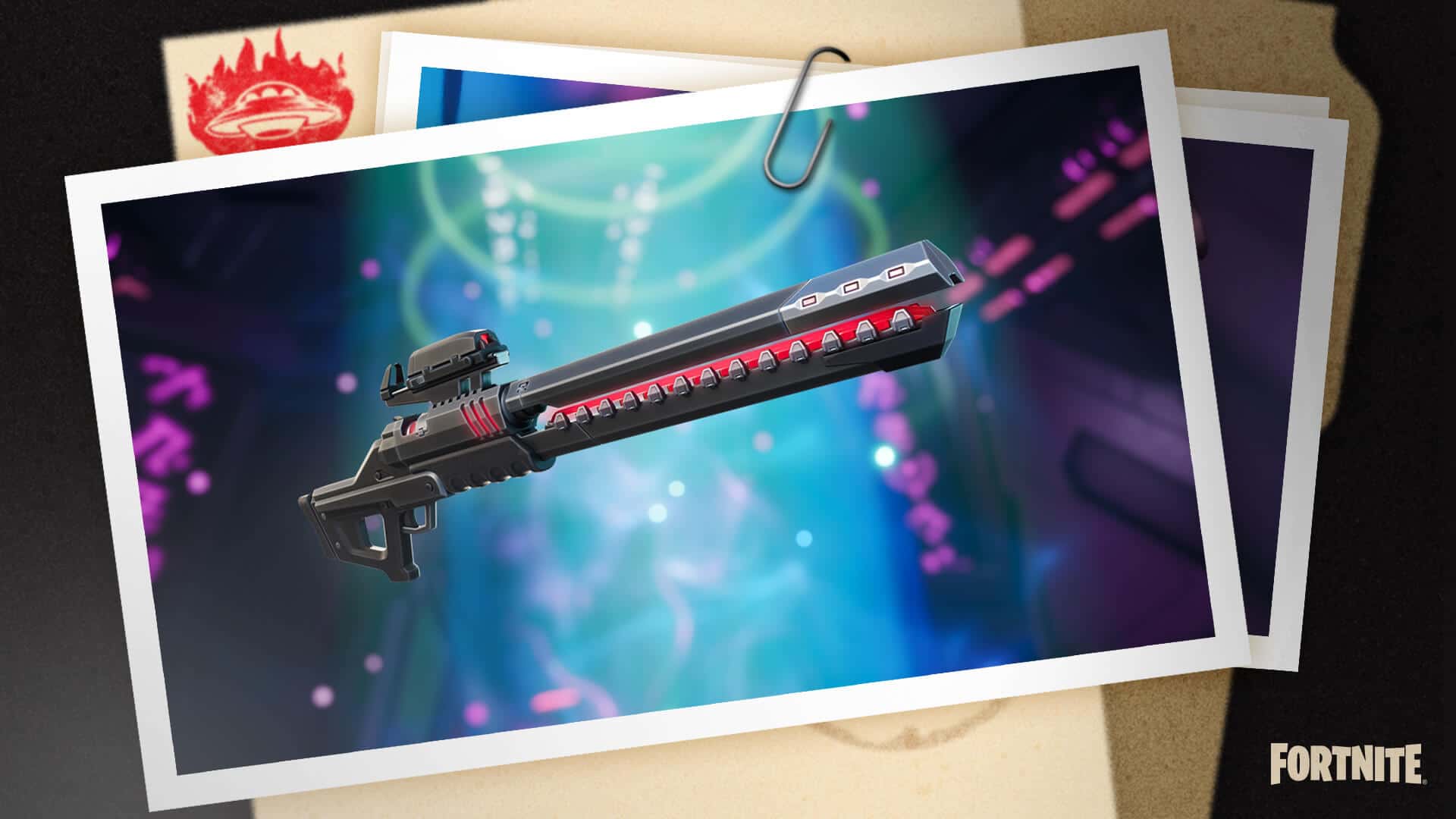 In Fortnite, a notorious, but above all powerful weapon combination is back. With railgun and scout scanner you can scare your opponents.

In Fortnite there is another short-term change in the loot pool: the Kippwelt weapons, which had just come back into play, are saying goodbye.

Instead, you can now find the well-known “Railgun” and the “Scout Scanner” on the island. And you should really look for them – because this combination has it all.

What Makes Railguns and Scout Scanners So Dangerous?

These are the weapons: The “Railgun” is a weapon that has a reputation for being quite powerful, and not just in Fortnite. Also in games like GTA Online or Quake there are versions of “Railguns” that can do a lot of damage. When it first appeared in Fortnite, it was right up there with the best weapons of the time.

The railgun is classified as a sniper rifle because it works great at long range and also uses the heavy ammo. However, it packs a lot more punch than “normal” sniper rifles: it just fires straight through walls.

It does have a short “recharge” phase when you pull the trigger, but you can use that too. Because in these few seconds, it uses a laser to show you exactly where the shot is about to land. This is extremely helpful when aiming – especially since the weapon always shoots exactly straight, the bullet doesn’t fall down.

You also see the laser as an opponent, but escaping is anything but easy.

The railgun is also popular as a vehicle killer. In the past, the cannon caused cold sweats, especially for UFO pilots, but the UFOs are currently not available in Fortnite. Currently, the massively strong tanks could therefore be a target for the railgun.

See also  Skate 4 Rumored To Be Launching In July - News

The Railgun should also be particularly interesting in Fortnite’s “Zero Build” mode. Because here you can’t even climb up to escape the railgun, you have to dodge the ground somehow.

And the second new, old weapon should cause even more chaos here.

This is the spy scanner: The scout scanner works like a grenade launcher but does no damage. Instead, he fires a probe that marks your enemies to a fairly large extent.

This is pretty useful in Battle Royale, where inconspicuousness can also be important.

The scanner should also have some interesting implications in the new environment of no-build mode. Here, for example, people like to hide in the big bushes in order to secretly weed their way through the round. This should become more difficult thanks to constant scans.

And last but not least there is the combination of both weapons: Because even if you are hiding in buildings, the scan can lock you in and show opponents where you are. If they also have a railgun with them, you are not even protected behind the walls of the supposedly safe hiding place.

Where can I find the weapons? There is no safe location for the weapons, they spawn randomly on the map and appear in crates. Both weapons are associated with the “IO” – so it’s possible that you have an increased chance of getting the weapons with IO boxes.

But that will only become clear in the next few days. But it shouldn’t be too difficult for you to find the two weapons in the Battle Royale. And it can be worth it: until May 31st you can complete goals with the Rail Gun, which will earn you a good deal of XP.

Also new to the game is the Obi-Wan Kenobi skin from Star Wars. Unfortunately, he has the completely wrong weapon with him.