Gollum: The Lord of the Rings sneak game has an appointment 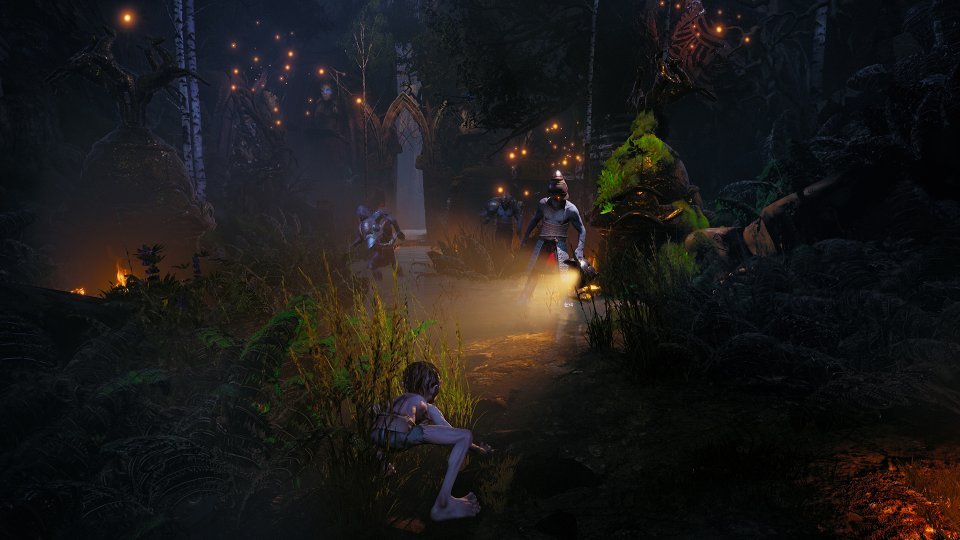 Three years after its announcement, The Lord of the Rings: Gollum is on the home stretch: The game is scheduled to be released on September 1, 2022, for PC and all current consoles from Xbox One to PS5. (Only the switch implementation is still a long time coming). The action-adventure developed by Daedalic takes an unusual path, because for once you don’t control heroes like Aragorn, Legolas, Gandalf or Frodo. Instead, it’s all about the tragic figure of Gollum: The pitiable creature has played an important role in the books and films and is now alone in the limelight for the first time. In a new gameplay presentation, we found out how it plays and where the story fits into the official canon.

While the basic concept hasn’t changed since our last major preview of The Lord of the Rings: Gollum, the game has been given some additional polish. The animations look a bit cleaner, the lighting looks nicer, the effects better. Still, you shouldn’t expect next-gen graphic fireworks – but that had been apparent since the first game scenes. But the game could shine with its inner values. For once, Gollum will not be an action-oriented game like Middle-earth: Shadow of Mordor, but a mix of sneaking and climbing adventure. It’s also logical: Gollum’s skinny body couldn’t defeat a full-grown orc or elf in direct combat, but he had hundreds of years to perfect his climbing skills. That’s why the developers also refrain from teaching Gollum new skills or special moves during the game. At the start of the game, the hero has already mastered all of his movements and talents that he needs on his adventure.

02:21
The Lord of the Rings Gollum: Developer Video with Gameplay Scenes

Where the shadows threaten

The game begins in Cirith Ungol, a dangerous pass in the western mountains of Mordor. There Gollum searches for the One Ring, which he lost to Bilbo Baggins years earlier. Before him lies the desolate, rugged landscape, a hostile place of ash and stone, and of course Sauron’s Eye, looming like a menacing watchtower into the sky. As Gollum climbs the craggy cliffs, we keep hearing the voice of Gandalf from the off. The reason: About eight years after his journey to Mordor, Gollum is caught by Aragorn and brought to the Elven king Thranduil in Mirkwood. There he is interrogated by Gandalf, who is also on the trail of the One Ring. So at the beginning we experience a kind of retelling, in which Gollum describes his memories to the magician.

The Lord of the Rings: Gollum preview

In our presentation, Gollum must above all demonstrate his acrobatic talents. There is hardly a minute in which people don’t climb, swing, or jump. The level design is strictly linear for longer stretches and impresses with its vertical structure – an ideal test of skill for the wiry Gollum. When climbing, however, you have to pay attention to Gollum’s endurance bar: As soon as his feet have no more support, Gollum’s powers quickly run out.

Eventually, on the way to his lair, Gollum encounters a patrol of orcs. Now caution is called for: Gollum creeps from one hiding place to the next in slow motion, a special view mode kindly highlights the most important places of refuge. Eventually, Gollum manages to quietly sneak up on a guard and strangle them from behind. However, this takes a moment and makes a lot of noise – if other opponents catch us doing it, we’re screwed. This is because Gollum cannot engage in head-to-head combat, so should he be spotted and caught by a guard we will see the game-over screen. According to the developer, you should always have a short moment to flee in time before the opponent takes up the pursuit.