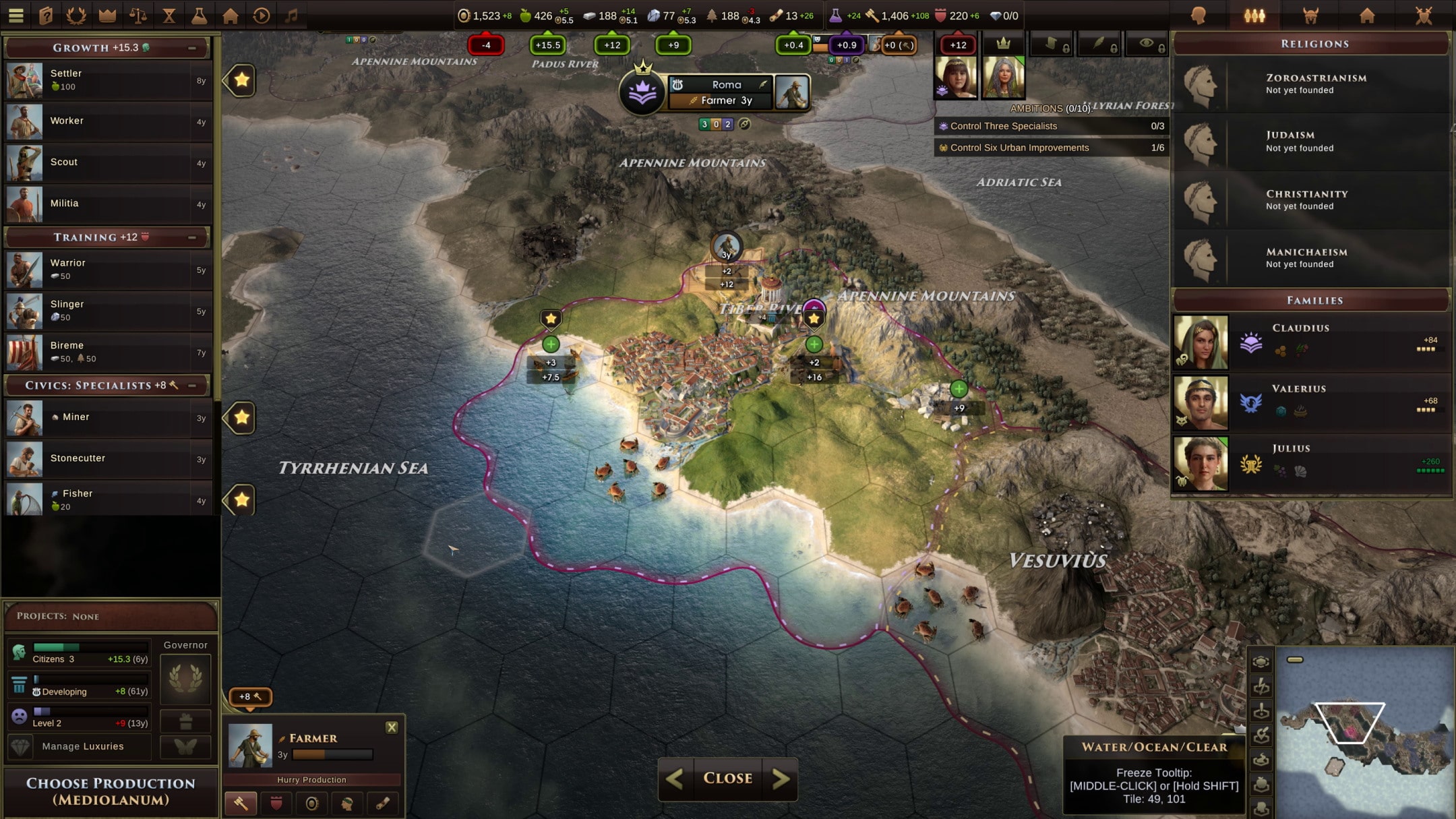 5/24/2022 at 5:41 p.m
from Michael Miskulin –
The 4X strategy game Old World, which was previously only available via the Epic Games Store, was recently released on Steam. We would like to find out here whether Old World can also convince Civilization fans.

A few days ago, the 4X strategy game Old World was released on the Steam gaming platform. It was previously released as a full version on the Epic Games Store on July 1, 2021. In Old World, classic 4X gameplay like Civilization 6 meets cross-generational dynasty stories like the Crusader Kings games. We look at how the title is received by the players.

Much approval for Old World on Steam

After the release on Steam, Old World can boast of a general approval of 82 percent of Steam users and thus comes up with “very positive”. According to the statistics website Steamdb the title is currently number 19 on Steam’s top sellers chart. Many users are happy about the successful fusion of classic 4X gameplay with Crusader Kings dynasties. So it should have an appropriate and challenging game depth. The command system, in which a certain number of commands are generated in each round, with which any actions are then paid for, is also well received. Since it was released on the Epic Games Store about a year ago, the developers had enough time to make further updates and gameplay adjustments, which is also noticeable.

01:37
Old World: New trailer for the game from the developer of Civilization

The biggest gripe for many Old World buyers is the combat system – or combat in general. Accordingly, the fights are not balanced well enough. Some users get the feeling that the computer players are not fighting with the same fair means. Thus wars would be lost despite gaining a military advantage. A player also advises never to get involved in warlike actions with other nations in order to ever be able to win a match.