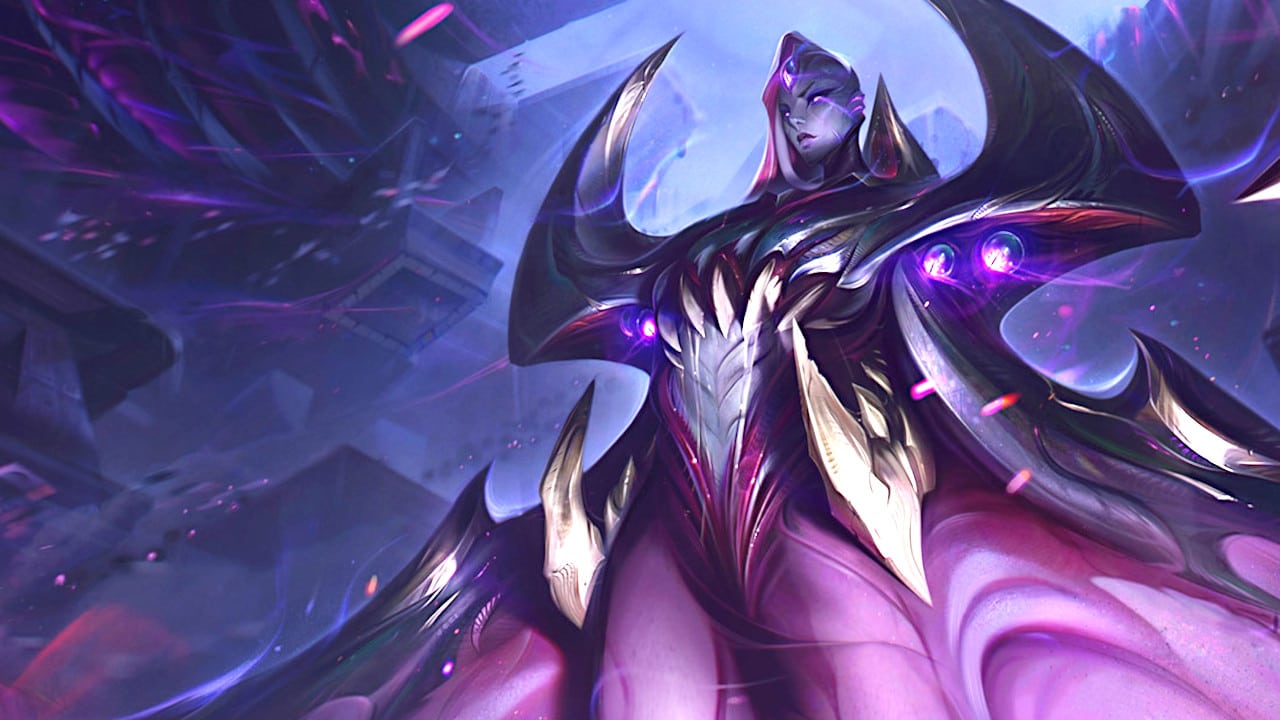 League of Legends has announced its newest champion: Bel’Veth, the Void Empress. Apparently she wants to live up to this name. In addition to classic void abilities, with which she dashes through the area, she also has the option to attack faster. Infinitely fast even if you let them.

Who is the champion? Bel’Veth has already been teased with a trailer. She hails from the Void and in the story of Runeterra, the world behind LoL, she devours entire cities to carve out her own world.

In Legue of Legends, she is a fighter who feels particularly at home in the jungle. She benefits from killing monsters and champions, and brings with her some particularly useful abilities to enable dangerous ganks:

See also  No Time to Die kills hope for Daniel Craig's future Bond, as it should

You can find the skills on LoL’s official blog. In the video you can see Bel’veth’s skills with gameplay:

Where does attack speed come from? Bel’Veth’s passive can theoretically stack infinitely. This means that given enough time, she will eventually have infinitely high attack speed,

The entire character builds around the speed of her attacks. This somewhat reduces the cooldown of the Q and increases the frequency of hits in her E. Accordingly, it makes sense that her passive would contribute to this kit.

Bel’Veth gains no attack speed from leveling up, and her attacks and hit effects deal less damage. This means that she is more or less dependent on her passives. However, there are still factors at play here that we do not yet know exactly.

We don’t yet know how exactly the skill stacks and how much attack speed it really gets per stack in the end, or whether the value will only increase slowly at some point.

In any case, you can assume that Bel’Veth will become stronger and stronger over the course of a round and you shouldn’t take too much time. However, even good players will find it almost impossible to ever get them to “infinite attack speed”.

Then again, Bel’Veth is said to pose a great danger, as her story trailer shows:

How difficult Bel’Veth will eventually be to play and how strong she really will be will be revealed when she finally appears. It should come together with patch 12.11 on June 8th or 9th, 2022.

If you want to play the new jungler, it’s worth preparing for the role now. Because jungle is the most unpopular role for solo players, even according to professionals, like the zonk in LoL.

Nevertheless, the position remains extremely important, because as a jungler you can decide between victory and defeat. If you help your lanes or can carry the team yourself, victory is assured. If your opponent is stronger or you cannot equalize your colleagues, you lose. A tip will help you:

LoL: Hardly any guide will tell you this tip, but it will make you better junglers