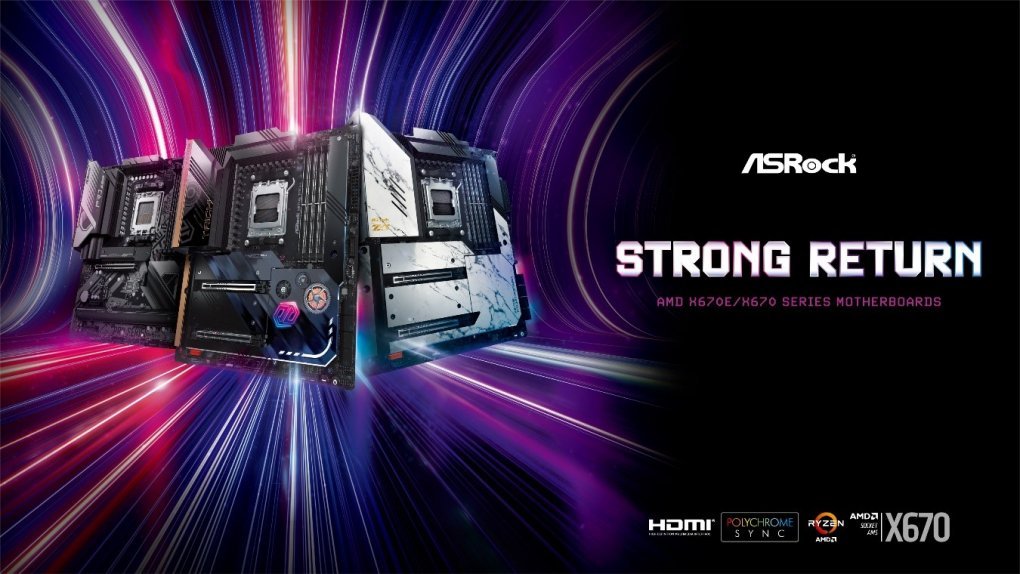 Just in time for CES, Asrock has announced some new products to complement the company’s existing offering. In addition to some mainboards for AMD’s new AM5 socket, there are also innovations for Intel’s socket 1700 and a mainboard with a WRX80 chipset.

For the X670E Steel Legend, on the other hand, there should only be 18 and for the X670 Pro RS only 16 phases. In addition, significantly fewer connections are provided here: Both mainboards only have one PCI Express 5.0 slot and only four/six instead of eight SATA connections. Of the four M.2 slots advertised, the X670E Pro RS should only control three with Gen4 and one with Gen3 lanes. For the other boards, Asrock advertises with three Gen4 and one Gen5.

In addition, Asrock has announced the WRX80 Creator, a new mainboard for AMD’s WRX80 socket and three boards for Intel’s LGA1700 socket. The latter is the Z690 PG Riptide NFT Edition, the design of which was apparently created in collaboration with the community. 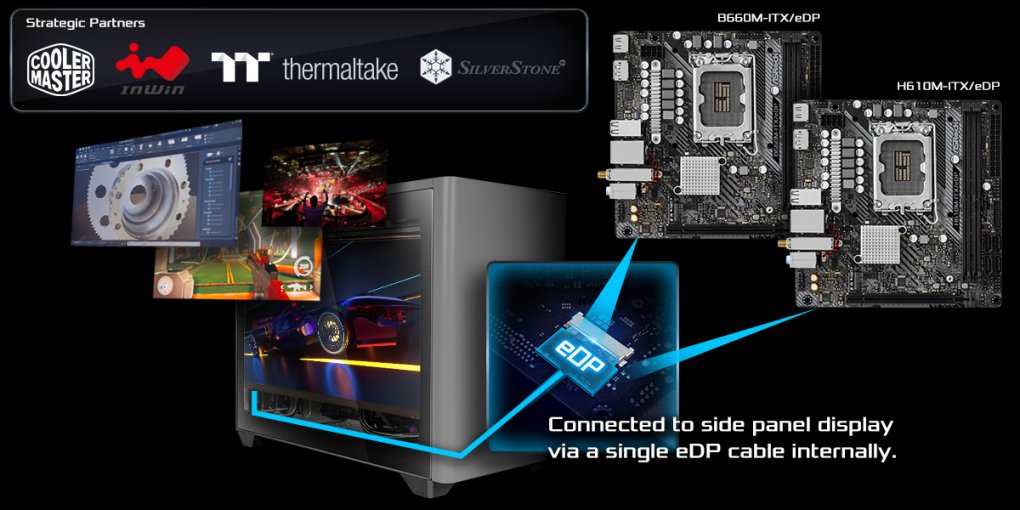 Displays in the housing can be controlled via an eDP connection.

The two boards B660 eDP and H610M-ITX eDP should be particularly interesting for modders. With these, Asrock wants to install an embedded display port connection for the first time, which can be used to connect LCD panels. The company wants to work with the case manufacturers Cooler Master, In Win, Thermaltake and Silver Stone. They are therefore likely to bring suitable housings with LCD holders onto the market in the future.