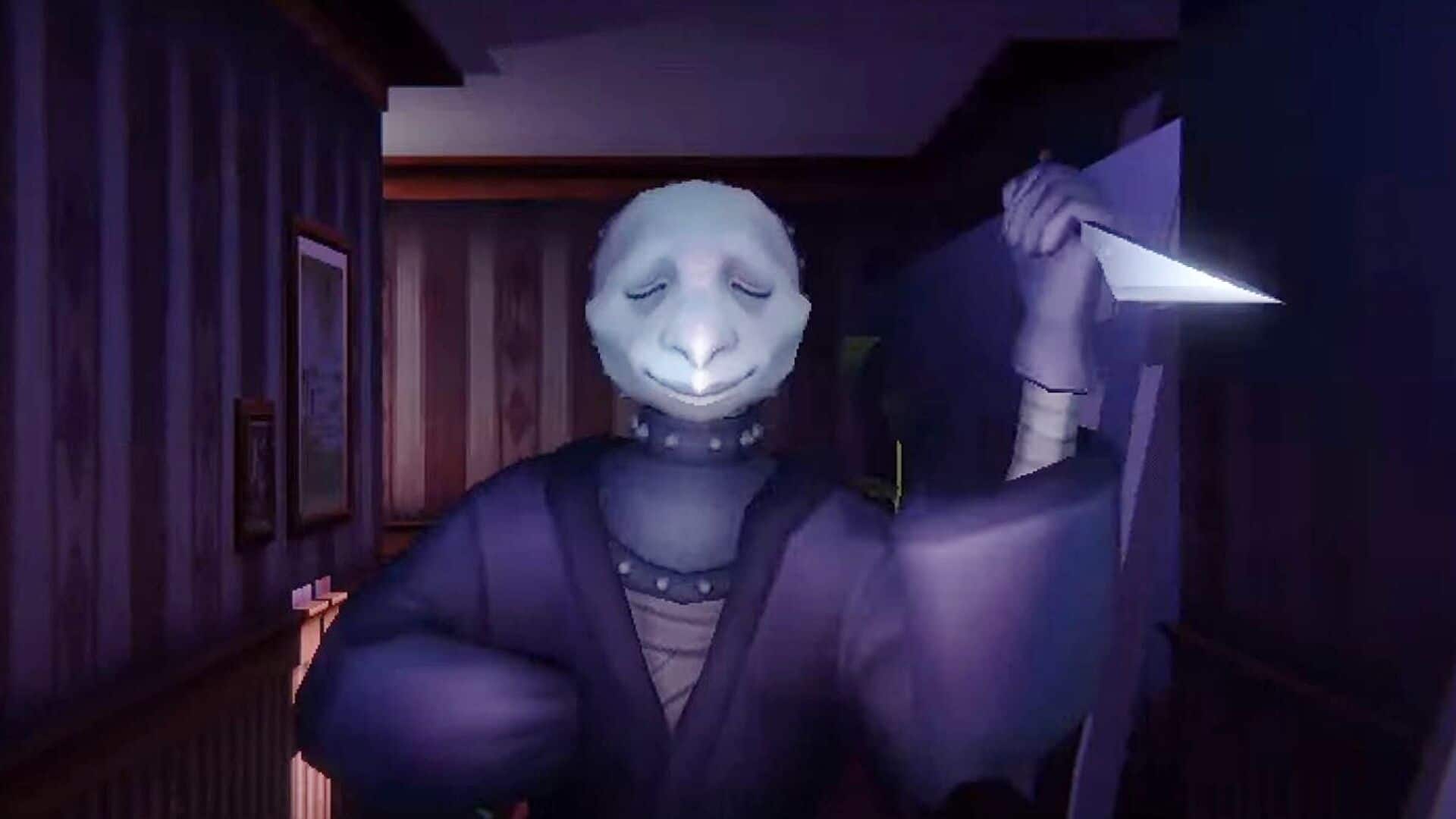 Not content with just a foothold in the world of dad-dating visual novels, Game Grumps have decided to team up with Rogue Games to develop a psychological horror game. Homebody will channel the slasher film aesthetic of the 1980s, a stark tonal shift from the hand-drawn cheesecake colorfulness of Game Grumps and Rogue Games’ first collaboration, Dream Daddy. Some of the same team are back for this one though. Watch the eerie trailer below.

Homebody revolves around Emily, a woman with a shadowy past who ends up trapped in a house while being stalked by a masked killer. Game Grumps and Rogue say that Emily’s escape will be “impossible at first”, but that every run will help to solve the mystery. There’s a hint system though, so you could always use that. Judging from the trailer it seems like you’ll be navigating Emily through the house in good ol’ original Resident Evil fixed camera style. Your mileage may vary, but I’m a fan of tank controls so I’m hoping they’re at least an option.

Dream Daddy’s narrative designer Jory Griffis is now the game director for Homebody, and said: “We were excited to retain the narrative and storytelling values ​​we learned making Dream Daddy and put them to use in a game with a totally different tone and ambitious new mechanics .” Leighton Gray, one of Dream Daddy’s co-writers, is back for Homebody too and tweeted that working on the project was a “huge honor” following the game’s announcement.

Pip (RPS in Peace) took a look at Dream Daddy when it was released in 2017. She got quite into it. “It reminded me of Life Is Strange in that it speaks in a way I’m not used to seeing in games,” she said. “Dad banter and warmth and actual human humour. Name me another game where a character makes an awkward pun/joke that doesn’t quite work and tells you they’re going to workshop it.” I can’t think of any – can you?

See also  Star Wars: Eclipse: Release is likely to be at least three to four years away

Homebody is due out later this year on Steamthe Epic Games Store and consoles.