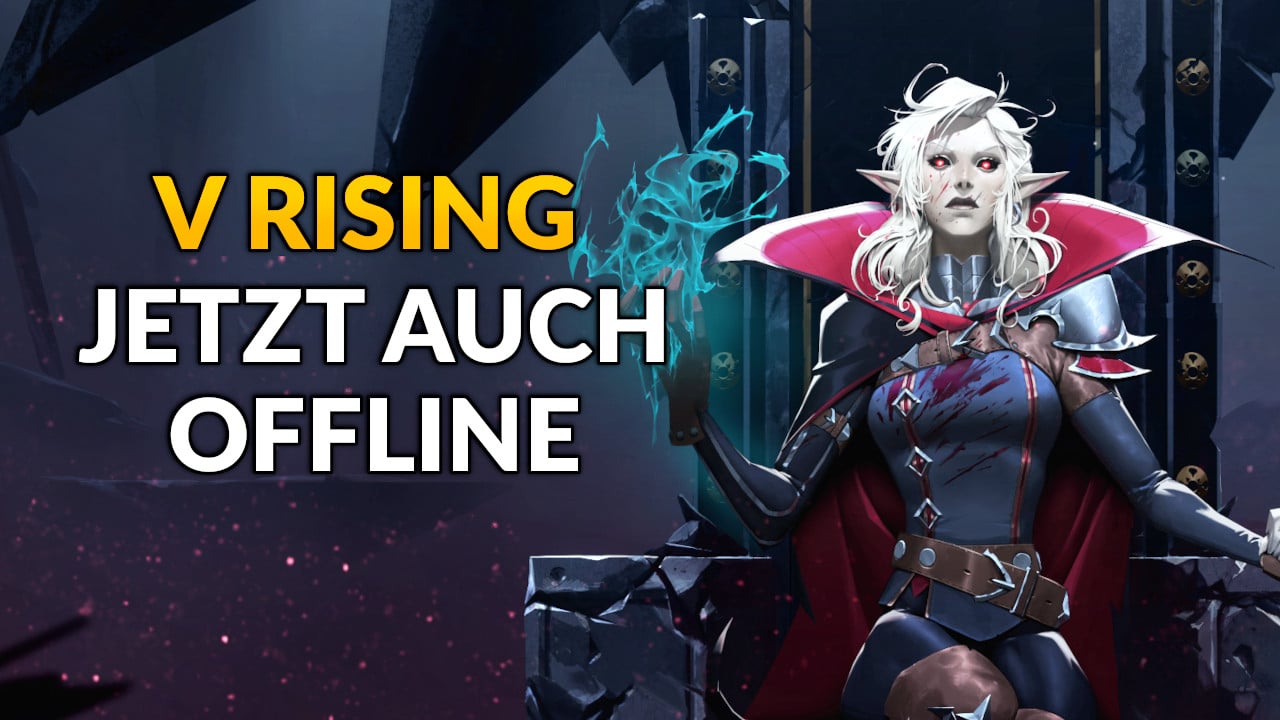 After just one week, the new survival game V Rising can celebrate huge success. Tens of thousands of players, one million copies sold. Now the development team is fulfilling a big wish from the fans and is bringing a new feature, sometimes with a hotfix.

What is this feature? It’s about the offline game. With the new hotfix you now have the option to play without an internet connection. Among other things on reddit there was often a demand for an offline mode, it is one of the most requested features.

The wish has been repeatedly expressed by the fans since the release on May 17th. V Rising is doing extremely well on Steam, averaging over 95,000 players and peaking at over 150,000 (via steamcharts.com).

However, enthusiasm was dampened a bit at release. On the one hand there were complaints about the time mechanics of the game as well as about the online obligation. V Rising could only be played when there was an internet connection.

Playing was therefore not possible for players with an unstable connection or short-term internet failure. That was changed with a hotfix on May 25th. Now V Rising can also be played offline.

In the video you will learn everything you need to know about V Rising in 2 minutes:

How do I play offline? Unfortunately, in order to start offline mode, you still need an internet connection to connect to Steam. Follow these steps:

See also  Amazon, Disney and Co: Which streaming services do you use for films and series?

You can then start V Rising normally, but without needing an internet connection. A LAN mode is also possible in this way. So if you want to play together with friends locally, you can join a shared server with the “-lan” parameter on your server and by ticking the “LAN Server” box.

Unlike basic private play, in offline mode you will no longer be kicked out of the game due to a fluctuating or lost connection. If you have foreseeable problems with the network, you can simply go offline and continue playing safely.

In the solo game you are also not exposed to nasty players. Many fans find PvP too unfair, so solo servers or offline play is a good way to get started with V Rising.

What else is in the hotfix? With the patch, the developers fix a few more bugs and bring the ability to send server-wide messages. There are also some new admin commands. You will find the full ones Patch Notes on Steam.

Even though V Rising has been playable for a week now, don’t be afraid to get started. Other players may be many hours ahead of you, but in most cases you don’t have a really big disadvantage because of this:

Can I still start with the new Steam hit V Rising or will everyone knock me out?