06/01/2022 at 8:00 p.m
from Matthias Brueckle –
My Hero Academia is full of cool, weird, cute and awesome character designs. Of course, this attracts cosplayers who love to tinker, who bring particularly interesting characters to life with costumes, props and make-up – like fan favorite Froppy!

My Hero Academia is one of the big anime hits of the present – alongside other hits like One Piece, Jujutsu Kaisen or Spy x Family. And popular animes often entail a large amount of cosplay as well, as gifted fans want nothing more than to become the characters of their favorite series themselves. Then, when an action-fest overflows with heroes and heroines in colorful costumes, it gets even more fun. In addition to the prominent heroes, the secondary characters of My Hero Academia also have little stars who have loyal followers – like the frog heroine Froppy! This has its first appearance in the anime in episode 5 –You can watch the entire series on Crunchyroll.

Here’s why you should read My Hero Academia now: The best starting point has come

Mega Cosplay for best character design by Castlevania on Netflix

The hottest outfit from Castlevania as a cosplay: With this design, a character from the bloody Netflix series became a fan favorite!

Cosplay to The Witcher 3: The fantastically beautiful Anna Henrietta in real!

Cosplay for Witcher ladies like Triss, Yennefer and Ciri is common – but there are also gorgeous ladies in The Witcher 3 DLCs. 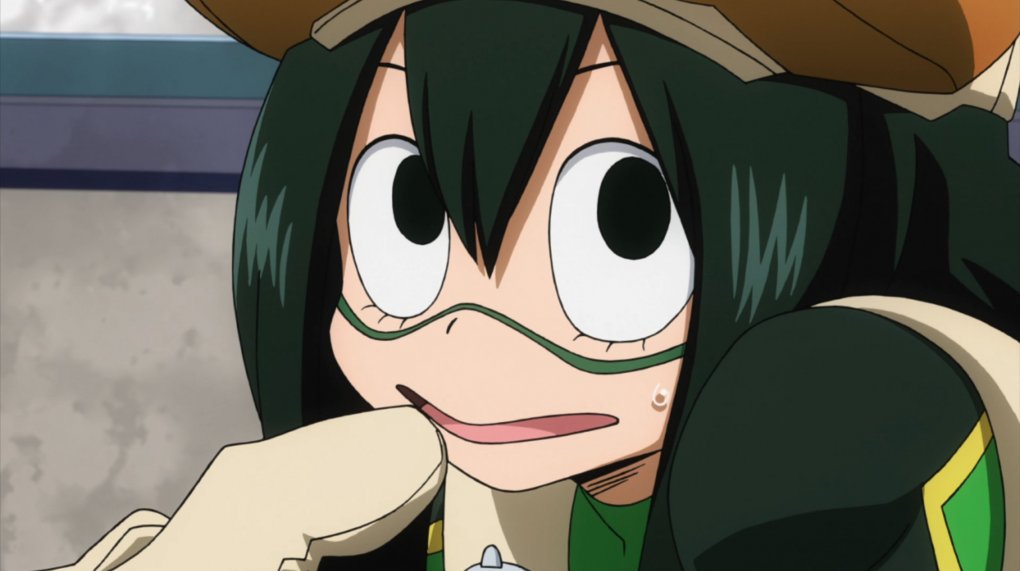 This is what Froppy looks like in the My Hero Academia anime – the comic-like and funny facial features (also compared to other characters from MHA) are difficult for cosplayers to imitate without looking like a horror figure.

Cosplay of Froppy from My Hero Academia

The talented tinkerer honeyrabbiit shows up in the iconic costume of the amphibious heroes, which of course also relies on the thick belt and goggle-eyed glasses. She tricked her feet a bit, which are much larger in the original with long toes. She covers this up with boots, the heels of which are part of the design – Froppy has a toe on the heel of her outfit so she can hold on. This is represented by the heel of the cosplay shoe. While most of the cosplay is handcrafted by honeyrabbiit, the goggle-eyed headset is hers by prop artist Robopenguin.

By the way, Froppy from MHA also has a great collectible figure without her costume!

Which young hero from My Hero Academia do you like the most? Are you more of a fan of the winged hawk? Is musician Earphone Jack your thing? Or do you celebrate Red Riot’s performances the most (like editor Matze does)? Tell us your favorites in the comments! We are looking forward to your opinion.