Friendly Fire 7: The current donation status – the million has been cracked! (update)

Friendly Fire enters its seventh edition in 2021: During the charity live stream Friendly fire 7hosted by various streamers and YouTubers like Gronkh and the guys from PietSmiet, basically anything can happen. 12 hours long the influencers play different games and compete against each other in a wide variety of challenges.

In this article, we give you an overview of how many donations have already been made to Friendly Fire 7.

Friendly Fire 7: This is the current donation amount (update)

a notice: We will update this article regularly with the current donation amount so that you always have an overview.

Updated June 1, 2022: Meanwhile, those responsible behind Friendly Fire announced how high the final donation amount of the seventh edition actually is.

Overall could whopping 1,984,432 euros collected for a good cause, as has now been announced on Twitter.

For comparison: Last year as part of Friendly fire 6 could 1,654,548 euros collected for non-profit organizations. Together with the now confirmed amount for 2021, the total donation amount is almost 7 million euros!

Update from December 5 at 9:42 am: Currently standing incredible 1,277,090.27 euros as a donation betterplace on the website. This clearly exceeded the total from the previous year. How much the final donation amount However, the amount will only be known in the near future, since the income from the merchandise transactions, donations from sponsors, active auctions and the like must also be added.

However, producer Mikkel Robrahn entered at the end of the stream estimated preliminary end result including further income known: 1,860,000 euros. This would be around 200,000 euros above the result in the previous year.

Updated at 11:31 p.m: The million was cracked – and that before midnight! It seems that there will be a new record again this year. Of course, it is still unclear how much money will come from the sales of merchandise and sponsors such as Ubisoft and Co. on top of that. 2020 were final 1,654,548 euros.

Updated at 11:16 p.m: Before midnight, donations are already impressive 966,532.89 euros. It looks like the total from last year will be surpassed. In memory of: 2020 could within the framework of Friendly fire 6 alone directly via betterplayce 1,052,548 euros out of a total of 35,252 donors to be collected. Above 114,000 spectators are currently following Friendly Fire 7 via the Gronkh Twitch channel.

Updated at 3:50 p.m: Meanwhile, are already fed up 267,803.28 euros in the donation pot. So over a quarter of a million euros have already been reached and the day or the stream is still young. Almost 100,000 viewers are currently watching the stream live.

Original message from December 3, 2021 at 3:22 p.m.: Although Friendly Fire 7 does not start until December 4th after a one-hour countdown at 3 p.m., there are already substantial donations in the pot 14,605 ​​euros.

So have the beverage brand fritz-kola (8,000 euros) as one of the official partners of the streaming event and the developer Appwork GmbH with the download manager JDownloader (5,000 euros) together already 13,000 euros donated. More donations are likely to arrive in the coming hours before things really get going on Saturday.

Where can I watch Friendly Fire 7?

If you want to be there live yourself, switch to the on Saturday Gronkh’s twitch channel a. The charity event is expected to run until 3:00 amso a whole 12 hours of full entertainment with full fundraising action!

The clear goal of the event, besides a lot of fun, is of course as high a donation as possible which will be donated in equal parts to the following association:

These clubs will be supported by Friendly Fire 7 in 2021:

In this year there is something special: For the first time, the Friendly Fire team collect an eighth of the sum in an emergency fund, to provide a short-term response to humanitarian disasters throughout the year. The money will be from Better place managed and used in consultation with the Friendly Fire team. 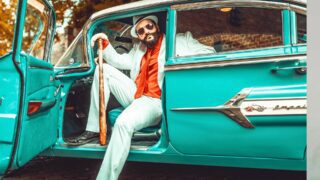 Friendly Fire 7: start, time, participants and clubs – all information about the charity stream

How can I donate myself?

If you want to be part of the generous donors yourself, you can make your donations via betterplace hand over. Here you will also receive a donation receipt as confirmation of your good deed. On the official online shop for Friendly Fire you can also different Merchandise buy for the event.

The special thing about it: All profits from merch sales will be donated! From this pool, donations are also thrown into the pot.

a notice: Due to the increased order volume, the shipping of the items will probably be delayed until January 2022.

The donations are again in cooperation with betterplace collected. This ensures that everyone receives a donation receipt and that the money goes to the clubs.

Friendly Fire 6 and the successes of the last few years

Last year alone, as part of Friendly Fire 6, just under 1,654,548 euros collected for non-profit organizations. Thus, in recent years, almost 5 million euros have been collected for charitable ticks. Alone directly through betterplayce could 1,052,548 euros out of a total of 35,252 donors to be collected.