I played Diablo Immortal for 15 hours without spending any money – how important is the shop? 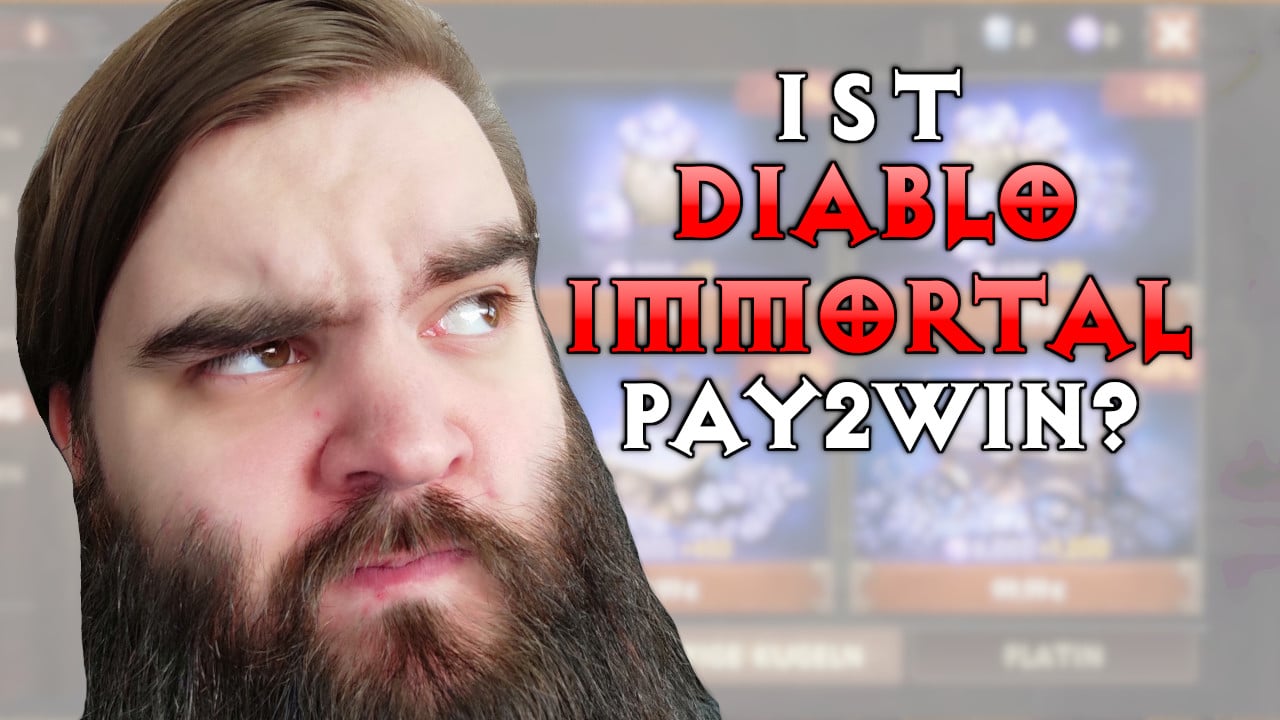 Diablo Immortal will be released on June 2nd. MeinMMO editor Benedict Grothaus had the opportunity to take a look at the new MMO in advance. Above all, he tested the most controversial feature: the shop.

Actually, Diablo Immortal doesn’t start until Thursday, June 2nd at 7:00 p.m. German time. However, I was allowed to play together with other selected players a week before.

Before anyone complains: no, we must not take the progress with us. Everything will be erased and I will start fresh together with you from June 2nd.

But I’ve now used the time to look at the features of Diablo Immortal in its provisionally final version. Special focus here was on the shop. After all, many claim Diablo Immortal is “crass Pay2Win”.

Although the bosses themselves have already commented on the allegations, I want to explain to you again very clearly what you can actually expect in the Diablo Immortal shop and how much you should actually pay for what.

Note that I played a pre-release. Experience has shown that there are no longer any major changes before the release, but it can happen. What else you need to know about Diablo Immortal can be seen here in the video in 3 minutes:

In my 15 hours of gameplay, I only got about halfway through the campaign and reached level 30. “But you said that the campaign is only 10 hours long!”. Yes, that is correct, but:

Back to the topic: I didn’t pay a cent in the 15 hours of play. And I didn’t feel like I was at any disadvantage because of it. The shop is really not important at all until the endgame.

According to my experience so far, both here and in previous tests, the entire story can definitely be played for free without any disadvantages. This is partly due to the fact that there is relatively little gameplay-related content to buy at all.

Cosmetics, emblems and… a subscription? It’s in the shop

In the shop there are several things to buy in about the same size:

I didn’t buy crafting materials, especially since I didn’t really know what to use them for at my level. The same applies to the emblems, which, however, are the biggest criticism of the system. But more on that later.

You don’t buy most of the content for real money, but with a premium currency. This is normal for Free2Play games. You get 60 of these premium balls for around one euro, larger packages come with a small discount.

On average, you pay the equivalent of roughly €1.50 for crafting materials, €20 for a skin (complete set) and €2.60 for a legendary emblem. Not exactly cheap, in my opinion, but I haven’t needed all of that so far. Skins still lure me the most at the moment.

In addition to one-time purchases, Diablo Immortal offers a type of subscription called the “Blessing of Abundance.” It works in a similar way to the Crystalline Aura from Lost Ark and has a number of advantages for €9.99 a month:

The offer is obviously aimed more at regular frequent players. All in all, Diablo Immortal’s shop reminds me a lot of Lost Ark’s anyway.

Lost Ark Totally Free2Play – How to play the MMORPG if you don’t pay?

Conclusion: No “Pay2Win”, but not unimportant either

All in all I haven’t seen any reason to use the shop until now. I had a lot of fun with Diablo Immortal and it was free. I don’t see myself spending any money in the next 15-25 hours either, as long as I enjoy the story.

That said, I already know things like Legendary Emblems will be important. You’ll need them later to draw guaranteed Legendary Gems from Elder Portals. These gems are a cornerstone of your power in Diablo Immortal.

Some Legendary Emblems are free, so you’re guaranteed to get at least some gems. To upgrade you need more gems or materials. Some fans think: if you don’t pay, you need 40 years for the best gear.

I don’t rate it that hard. Without paying there is always a chance to get the gems and upgrades. Emblems are also available in the Battle Pass. It just takes longer and I’m pretty sure I’ll pay because, to put it bluntly, I have more money than time. And I just want to see a lot of the game and as quickly as possible.

In short, if you want the best gear and last few percent of performance within the first few days, you’re probably going to have to pay. If you just play, you don’t need it.

You should be able to easily get into the endgame without paying. And if you’re already playing well, you’ll be able to easily keep up as a Free2Play player in raids and PvP. Finally, there are gear and Paragon levels that make you stronger.

Speaking of endgame: There is new gameplay for the areas that nobody could see before the release:

The only major drawback so far: whenever I kill a boss, a “new, unique package” is unlocked in the shop. They aren’t free, though, and the game is quite insistent about the fact that the pack is here until you’ve at least checked it out.

These packs are often cheaper than the sum of the parts, so they’re good deals if you’re looking to buy them. Only the in-game ads are a bit annoying.

By the way, I was able to talk to the bosses of Diablo Immortal in an interview before the release. If you are interested in how the MMO will develop after the release, you can read more about it here:

Bosses on Diablo Immortal: “We’re going to be like World of Warcraft”

One thought on “I played Diablo Immortal for 15 hours without spending any money – how important is the shop?”