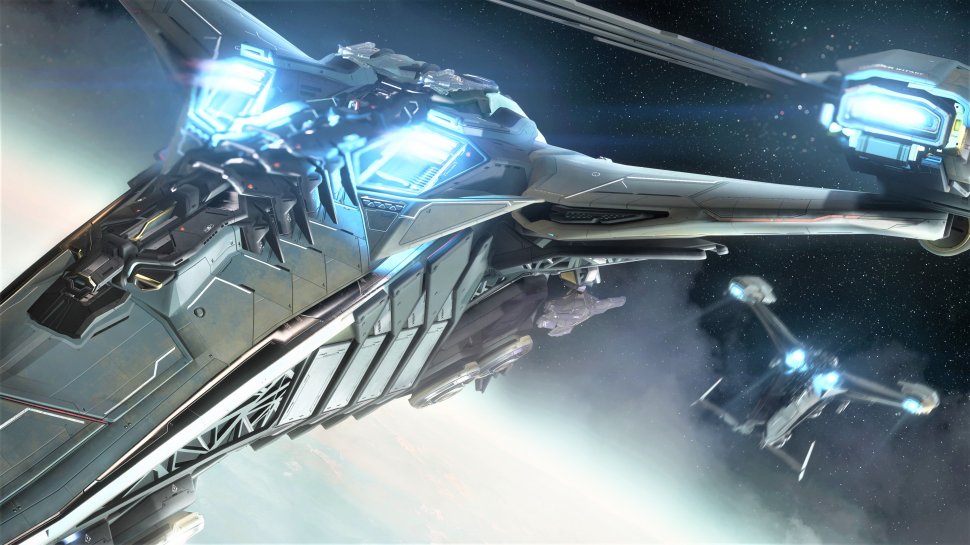 06/01/2022 at 18:41
from Rhonda Bachman –
Thai Youtuber Bankii is apparently a huge fan of Chris Roberts’ Star Citizen. In one of his latest videos, he shows off his new gaming room, which he modeled on his favorite spaceship from the space simulation. The room looks like the cockpit of the Crusader Hercules.

Many Star Citizen fans may well dream of this room. The Thai Youtuber Bankii has a new gaming room. This is shaped like a spaceship, complete with automatic sliding doors and three giant monitors as “windows”. But the room not only resembles any spaceship, but is modeled after the Crusader Hercules from Star Citizen.

Game room for around a million baht

In one of his latest videos, Bankii guides us through his unusual new room and talks about the process of its creation. For example, numerous revisions were necessary to give the room a space shuttle atmosphere. The interior of the spaceship consists largely of wooden panels attached to a welded steel frame. The individual parts were manufactured and assembled in a workshop, only to be disassembled again afterwards to be installed at the YouTuber.

The construction cost Bankii around one million baht, which would be around 30,000 US dollars or almost 27,000 euros. The interior of his Crusader Hercules replica alone cost more than $11,600. Other costly items included the $6,650 custom PC and the three 65-inch TVs that act as the cockpit window, which cost the YouTuber $4,400.

See also  Final Fantasy 14: The island paradise will be so good!

In a recent letter, Chris Roberts, Star Citizen’s lead developer, elaborated on the history of his space game. Star Citizen is now a completely different, more extensive and more immersive game than he imagined almost ten years ago. He is also proud of how much he and his team have achieved in the past year despite challenges.