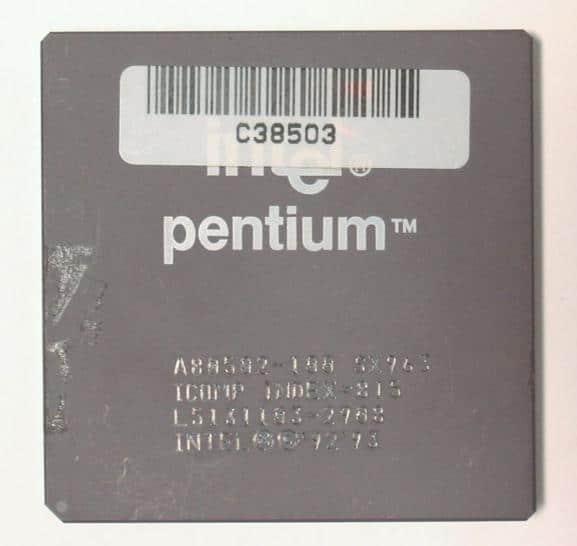 The last Pentium is coming – that happened on June 2nd. Every day, PC Games Hardware dares to take a look back at the young but eventful history of the computer.

…1997: With it, Intel established ‘real’ processor names and conquered the mass market: the first Pentium processor, alias 586 or P5, was a complete success despite initial difficulties and tough competition. On this June 2nd the last model of this series will be introduced, the Pentium MMX 233 MHz. It is based on the P55C core, works with an FSB clock of 66 MHz and offers, as the name suggests, MMX, the first (and only) integer-based multimedia instruction set extension of the x86 ISA. Faster Pentium processors are only available for notebooks. The Pentium II, based on the Pentium Pro, will soon take over the desktop market. From now on, the many mainboards with the Pentium Socket 7 will only be supplied with AMD processors – the competitor even develops this platform further into the “Super Socket 7” and drives it up to 570 MHz with the K6-2+. But even if the original Pentium is soon history, its name and technology live on: CPUs are still sold as Pentiums more than a decade later, and parts of the P5 core can be found in Intel’s ambitious graphics chip project called Larrabee .