ARK 2 Has A Special Deal For Release With Xbox – Is It Coming To PS5 And Switch? 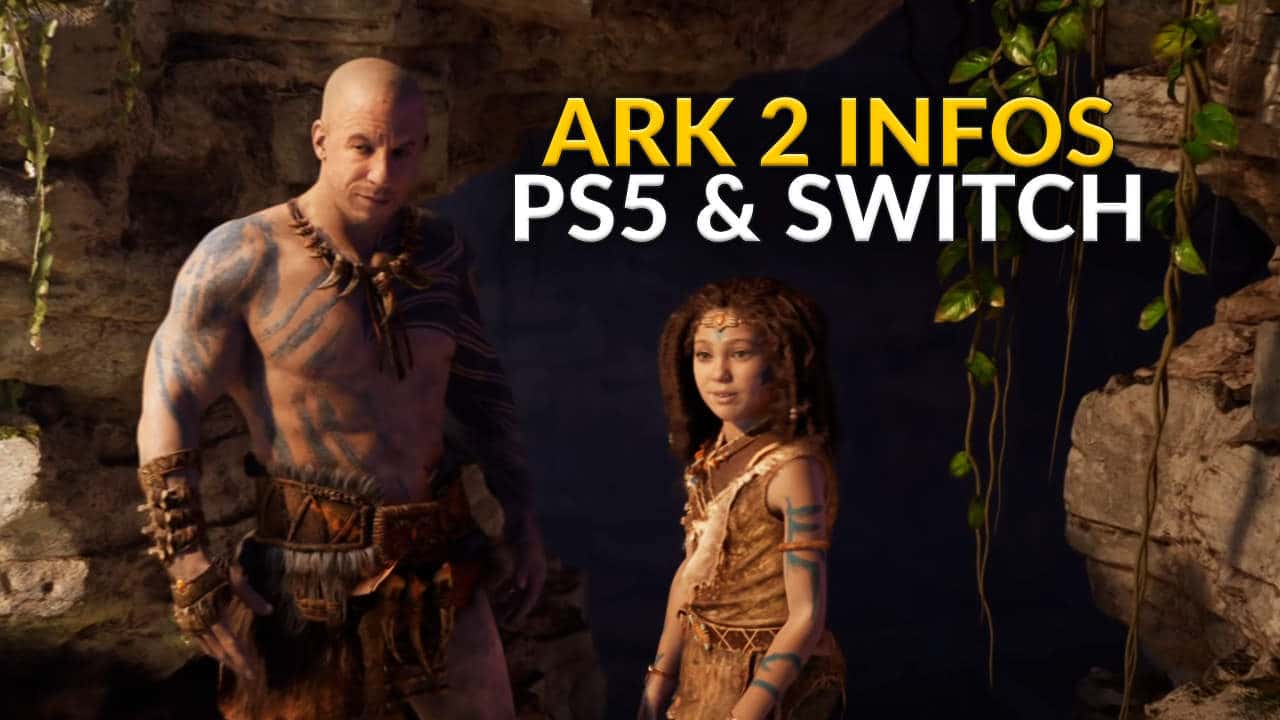 A YouTuber named GP appears to have asked Studio Wildcard CEO Douglas H. Kennedy some exclusive questions about ARK 2. In the conversation, Kennedy revealed when there will be information about the coveted survival hit and whether it will be released on PlayStation 5 and Nintendo Switch. So far, players have assumed an exclusive deal between Wildcard and Microsoft, which would mean an “ARK 2” release only for the Xbox Series S / X and the PC.

Where is the new information coming from? Studio Wildcard CEO Douglas H. Kennedy posted on the social media platform LinkedIn on May 19, 2022 that he was looking for a AAA mobile game development studio to develop a version of ARK 2 for mobile platforms to let develop.

As a result of the post, an interaction arose between the wildcard CEO and the YouTuber GP. You can see the sequence of events here:

ARK 2 on PS5 and Nintendo Switch

Will ARK 2 come to PS5 and Switch? In the second video by YouTuber GP, which he published after the allegedly exclusive conversation with Douglas Kennedy, statements by the wildcard CEO can be seen. These interview snippets state that the development studio wants to make ARK and ARK 2 available on “as many platforms as possible”.

In that case, the exclusive deal between Wildcard and Microsoft would have been misinterpreted. The previous assumption was that ARK 2 would only be released for Xbox and PC.

According to the new information, the deal would mean that it would only be released exclusively for Xbox and PC when the game was officially released and would appear on PlayStation 5 and Nintendo Switch at a later date.

I’ll say this: It’s always our plan to get ARK and ARK 2 out to as many people as possible on as many platforms as possible, so you can expect Switch and PlayStation in that mix at some point.

ARK 2 at the Xbox & Bethesda Showcase?

When can we expect new information about ARK 2? In addition to a possible PS5 and Switch release, Kennedy also indicated in the conversation with the YouTuber that the studio would publish its plans for ARK 2 in June. Explicitly in the next two weeks, Studio Wildcad has “a lot of news to announce”.

We have a lot of news to announce in the next 2 weeks, a lot. […] We will announce our plans in June.

See also  FIFA 22 TOTW 19: The Predictions for the New Team of the Week - With Kimmich

The “Xbox & Bethesda Games Showcase 2022” will take place on that day, where many trailers for various games were shown last year. Also on this day, the popular mod-map “Fjördur” will be officially released in ARK: Survival Evolved.

Due to the (time-based) exclusive deal with Microsoft, it is quite possible that new information such as the release date or a trailer will be shown on June 12th.

If there is any new information about the successor to the popular survival hit on June 12, 2022, you will see it in our ARK 2 overview:

ARK 2: Release, Trailer, Gameplay – What we know so far

How reliable is the information? It is currently unclear how trustworthy or reliable the new information is. They correspond exactly to the speculations that have been rife in the ARK community for the past few months and therefore at least do not appear to have been pulled out of thin air.

Of the LinkedIn post by Douglas H. Kennedy is also definitely real and visible to people who are connected to the wildcard CEO.

The authenticity of the YouTube account with the name “Doug Kennedy” is currently not traceable. This is neither verified nor does he have known and visible contacts, exclusive material from the developer studio or anything similar.

According to the current status, the YouTube account was not founded shortly before the comments were created, since it has existed since 2014. It is not clear whether it is Douglas H. Kennedy from Studio Wildcard and whether the subsequent LinkedIn conversation actually took place in this form.

The YouTuber, on whose channel the information can be found, experienced a boost in the number of views due to the attention that the videos with the supposedly exclusive details attracted. While his videos have generated between 25 and 160 views in the past few weeks, the two most recent videos with the new “ARK 2” news have exceeded 2,000 views.

Below is YouTuber GP’s video in which he shares the information he gleaned from the alleged conversation between himself and the wildcard CEO:

An exciting topic that occupies ARK fans even before the release of ARK 2 is the availability of flying animals in the successor to the survival hit.

Some players find this makes the game too easy, while others don’t want to miss their beloved birds and pterosaurs.