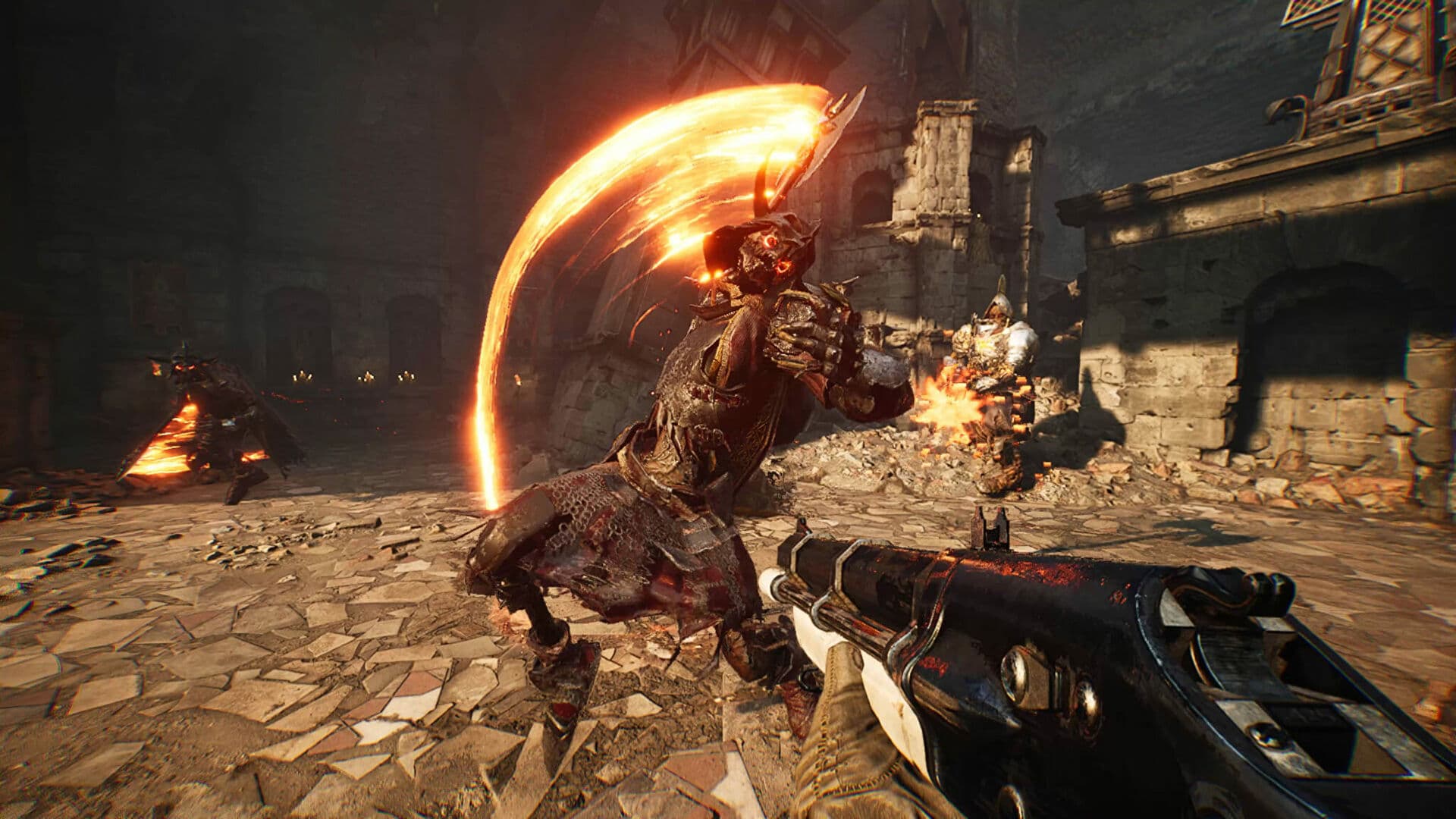 As the Summer Game Fest machine churns ever forward, we got an extended look at Witchfire. I’m afraid I am now of the opinion that “dark fantasy first-person shooter” is one of the most underwhelming word combinations in the English language. But hey, it’s a video, the game could be bananas good when it comes out, and I’m duty bound to tell you all about it in case you get really excited for it – and if you do, then good news, ‘cos the video confirms it’s coming to early access on the Epic Games Store soon (aiming for Q4 2022).

Looking at everything in that Witchfire trailer, I’m reminded of Nate’s Fallout 76 review, where he described the gunfire as feeling “like you’re throwing packing peanuts at Jason Momoa”. Even when you’re looking at something well cool happening on screen, like a spell freezing some big flaming demon lads before you shoot and explode them, the physicality of it seems about the same as a baby gently yawning and stroking your face. The magic revolver has the same kickback as a Chihuahua.

But some of you will be quick to point out that Chihauhaus are famously very aggro. I can’t be totally down on it either, because Witchfire definitely looks very pretty, and I like the quick dash to the side you can do very much. I just hope they use that early access to give it some fahkin wellymate.

First announced at the Game Awards in 2017, Witchfire is the latest project from The Astronauts, a studio who you may know primarily for making The Vanishing Of Ethan Carter.