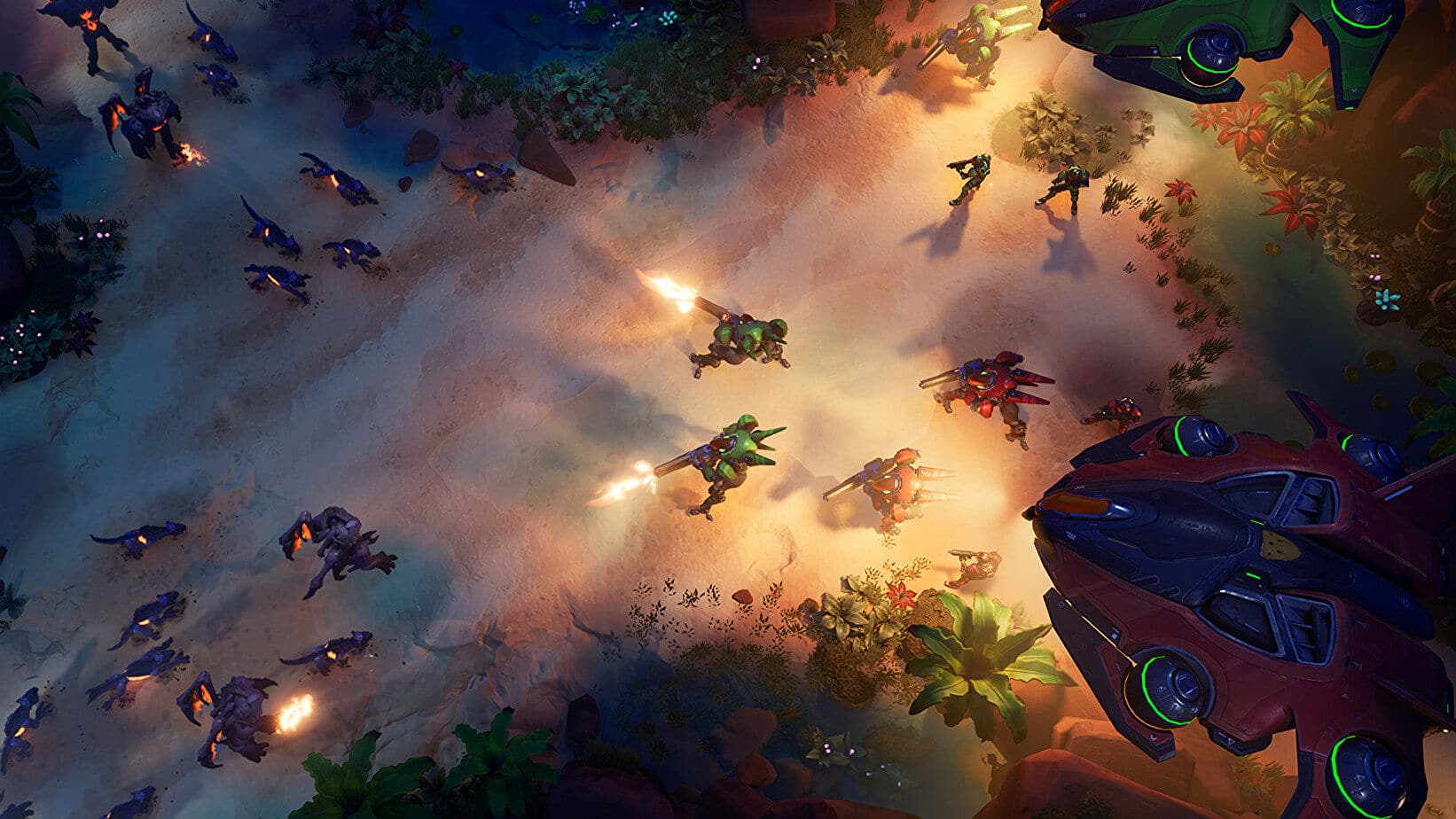 A studio founded by former Blizzard folks today announced their free-to-play real-time strategy game, Stormgate. It’s about the remnants of humanity hopping into mechs to beat back demonic-lookin’ alien invaders, and will have a campaign with co-op support as well as competitive multiplayer. Check out these fightbots in the announcement trailer from the Summer Game Fest, below.

“The user interface is designed to make RTS more approachable by streamlining inputs, automatically assigning units to control groups, and enhancing gameplay,” the blurb claims. “We’ve lowered the skill floor while keeping the ceiling as high as you want to climb.”

I’m always here for lowering the skill floor while preserving a high ceiling. Many developers have tried to make unwelcoming genres like real-time strategy and fighting games friendlier, and I want to see devs continue to try.

“Free-to-play” in the same sentence as “Blizzard” does raise some eybrows, especially given the stink around Diablo Immortal right now. But Stormgate’s developers, Frost Giant Studios insist it is “never pay to win”. Without explaining what they will sell, they say the plan is for players to be able to “support the development of additional optional content that you enjoy, without ever paying to remove nuisances or gain an advantage.” These days I’d expect a battle pass or such for cosmetics and bits, though I suppose loot boxes are always in fashion too. Who knows. Until they explain, it’s not worth speculating too much.

And yes, Stormgate will have an editor to create custom maps and mini-games. StarCraft and Warcraft have had exciting mod scenes (I played basically nothing but WC3 mods for a few years, exploring weird new things every night with my pals) so that’s good to hear.

Frost Giant were co-founded by former Blizzard fellas Tim Campbell (campaign lead designer on Warcraft 3: The Frozen Throne) and Tim Morten (a producer). Other Blizzfolks onboard include Jesse Brophy (artist on the SC2 trilogy, including lead artist on Legacy Of The Void), Ryan Schutter (a UI designer on Void), Cara LaForge (esports stuff), and Joseph Shunk (gameplay engineer on WC3 Reforged) . They’re not the big names I’d think of for Blizzard’s games but hey, games are made by teams, not just the people forefront in marketing. Frost Giant announced their existence in 2020, and now they’ve announced their game.

Stormgate is due to enter beta onSteam in 2023. I did pause to check that Stormgate wasn’t accidentally so the name of some ‘Capitol truther’ neo-Nazi conspiracist group because it sure does sound like it might be one, huh.