Midnight Fight Express will punch it this August, has a demo available now 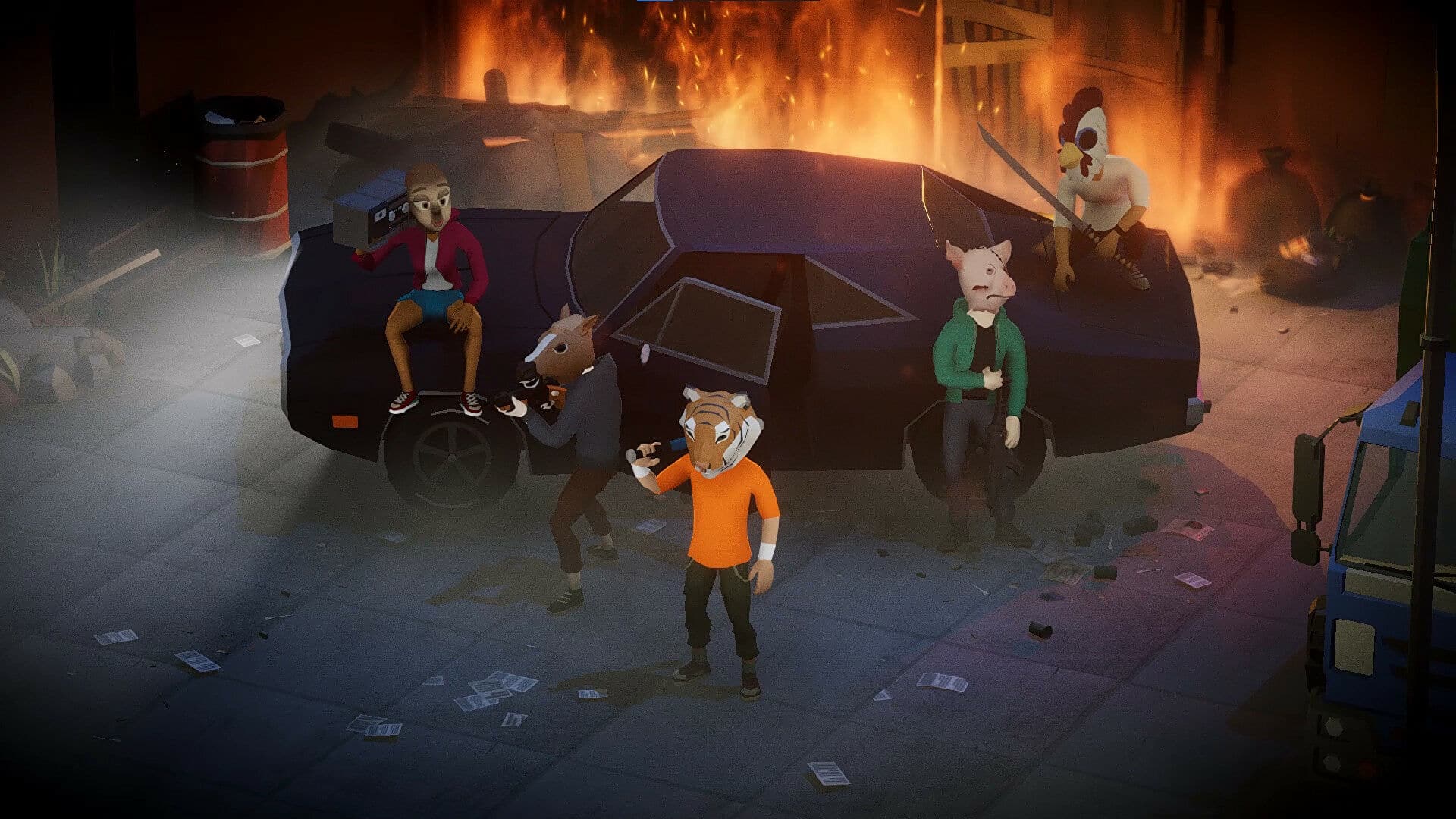 Midnight Fight Express features brutal violence and people in animal masks, prompting unflattering comparisons to the streamlined and propulsive Hotline Miami. Look past that comparison and I think there’s more to like about it on its own terms, however. Check out the new trailer below, which also delivers news of its release date and a playable demo.

See, that doesn’t look as fast-paced or as immediately gratifying as Hotline Miami, but there are definite moments in there I like. I enjoy the moments of contextual fighting, such as when the protagonist doesn’t just smash a man’s head, but smashes a man’s head through the sink he happens to be standing near. A lot of the environments look like they add extra spice to fights, whether by positioning the fight on top of a moving truck or by allowing you to drop shipping containers on enemies.

It’s a bit Hotline Miami then, but it also reminds me a bit of Gang Beasts or a bit Intrusion 2. How it looks aside, there’s seemingly a lot more depth in the actual fighting system than in any of these games. There’s proper mo-capped hand-to-hand combat, as well as a skill tree of fighting moves to unlock.

Midnight Fight Express will release on August 23rd, but you don’t have to wait to find out how it feels to play. A demo for the game was released on Steam simultaneous to the trailer’s broadcast during the Summer Game Fest, and will remain available during next weeks Steam Next Festival. You can grab the demo from the Midnight Fight Express Steam page now.

See also  The Lord of the Rings: Gollum is shifting a few months