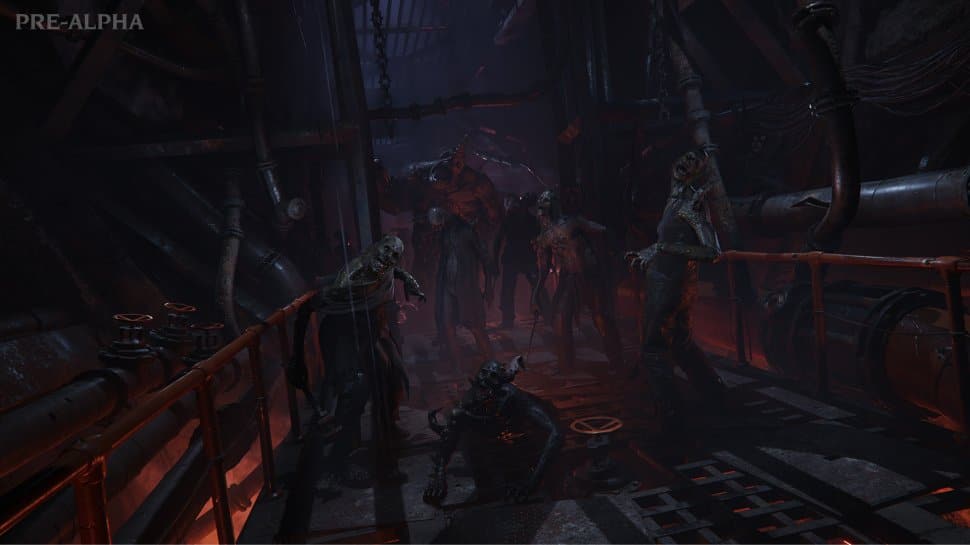 A new trailer for Warhammer 40,000: Darktide, which was unveiled during the Summer Game Fest along with so many other things, gives us another look at the co-op shooter from the makers of Warhammer: Vermintide. Fans of this game will surely notice some similarities between the two titles, however, instead of a fantasy universe, players can now experience the fun co-op gameplay in the gritty sci-fi setting of Warhammer 40K.

Are they enemies or can they go? Brutal shredding in Warhammer 40k: Darktide

In the trailer itself we see a gang of four true warriors tearing their enemies apart with various ranged and melee weapons. In the game you have a whole arsenal of different weapons at your disposal, from simple knives to sledgehammers and assault rifles.

In addition, Darktide will allow players to choose one of four playable classes, each of which will offer a different gameplay experience. Overall, this should be a fun class for any fan of the Warhammer 40K universe, whether you want to take down your enemies with a giant hammer or prefer to use a variety of firearms from afar.

Warhammer 40,000: Darktide is scheduled for release on September 13, 2022 for PC and Xbox Series X|S. On the PC you can watch the game either via Steam or buy it from the Windows Store, where it costs 39.99 euros for the normal edition and 59.99 euros for the Imperial Edition. However, the game will also become part of Xbox Game Pass.