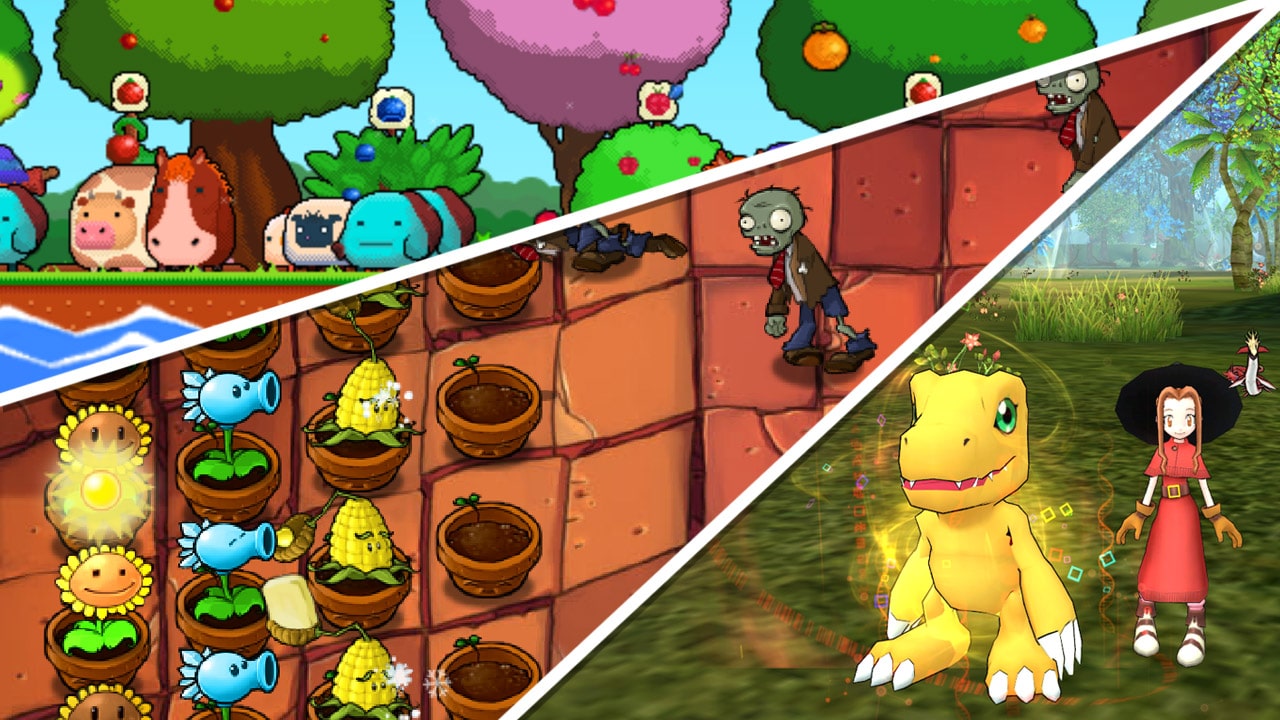 There are thousands of games on Steam available for free or under $5. MeinMMO author Lena introduces you to 5 of them that might seem strange to you.

Of course I could now list “normal”, grandiose games like Lost Ark or Ori and the Blind Forest, but I usually have a relatively idiosyncratic taste that some would describe as strange.

I would therefore like to introduce you to 5 curious games from my Steam library that cost no more than 5 euros and to which I still enthusiastically return to this day.

Strange, but celebrated by many, is Plants vs. Zombies. The game is about planting plants, vegetables, or other produce on your property while a horde of wild zombies attack you in waves (via Steam).

Sounds weird, but it’s a lot of fun. The further you progress, the higher the level of difficulty, which should not be underestimated.

Especially if you like tower defense games, Plants vs. Zombies could be just the thing for you.

Before a round, you have to decide on various placeable items that you can take with you into the fight against the wild horde. In adventure mode, you unlock other modes and additional items that you can use in subsequent rounds.

Probably the strangest of this list is Plantera, an indie game more about plants and animals than zombies. It’s a simulation game where you gradually create your own garden (via Steam).

It is more reminiscent of a typical mobile game, since you can only plant various trees, bushes and vegetables in certain places. After that, you have to wait for them to grow to give you coins. With these coins you can buy more plants, animals and other bonuses.

If you like casual games or just want something with cute little pigs and grim looking workers that can also run in the background, Plantera is the place for you. You either click and collect everything yourself or let the hard-working workers do the job.

In the rouge-like survival game, you must survive for 30 minutes while being attacked by a variety of monsters (via Steam). You can currently choose from 7 different stages, all of which confront you with other opponents.

Additionally, there are currently 30 characters, all of whom have other skills to start with. While one twirls a whip, the next fires goods carts to render the enemies harmless.

You collect chests, level up the character and give him other items with every run, all of which have different effects. You can collect a number of achievements and master the maps in different ways.

If you’re into roguelikes and don’t mind older pixel graphics, the Early Access game might be for you. If you’re looking for the same gameplay but prefer to aim and shoot yourself, check out 20 Minutes Till Dawn for the same price.

Per
See also  First gameplay from "Lord of the Rings: Gollum"
against

What does the mother do with her son, why is he crying so hard and why are there piles of shit everywhere? That’s kind of the reaction of many who see The Binding of Isaac for the first time (via Steam). The game is now one of the classic roguelikes, but not everyone is familiar with it.

The Binding of Isaac is one of the games I have played the most by far and still do to this day. The original base game is available for €4.99. However, there is a remake of it: The Binding of Isaac: Rebirth (via Steam), which completely revised the base game and added a number of new things, but it costs €14.99.

10 awesome mods for The Binding of Isaac: Repentance you should try

You start as the boy Isaac, who is running away from his mother and wants to defeat her. Different levels containing different items are generated in each run. With these items and your painful tears, you make your way to your mom’s foot and heart to destroy her.

See also  Forspoken: Final Fantasy XVI could cause another delay

This creates many crazy runs with the wildest item combos.

At Digimon Masters Online, opinions are divided. While some may dismiss it as a quick cash grab, I’ve certainly had over 2,000 hours of fun in the MMORPG. Especially as a Digimon fan you get your money’s worth in the game (via Steam).

At the start you can choose between different characters (Tamer) and choose your partner Digimon, with which you fight against other Digimon. So far it is the only online game for the franchise that is available in all countries.

Although another MMO called Digimon Super Rumble was announced, it is still only playable in Korean and via detours in our country.

In the MMORPG you level up well-known Digimon like Agumon, Gabumon and Patamon as well as your tamer with the help of quests, fights or items. There are also raids and dungeons where you can grind valuable items.

What do you think of the games on this list? Do you have any other (strange) games that you would like to share with other MeinMMO readers? Write it to us in the comments.