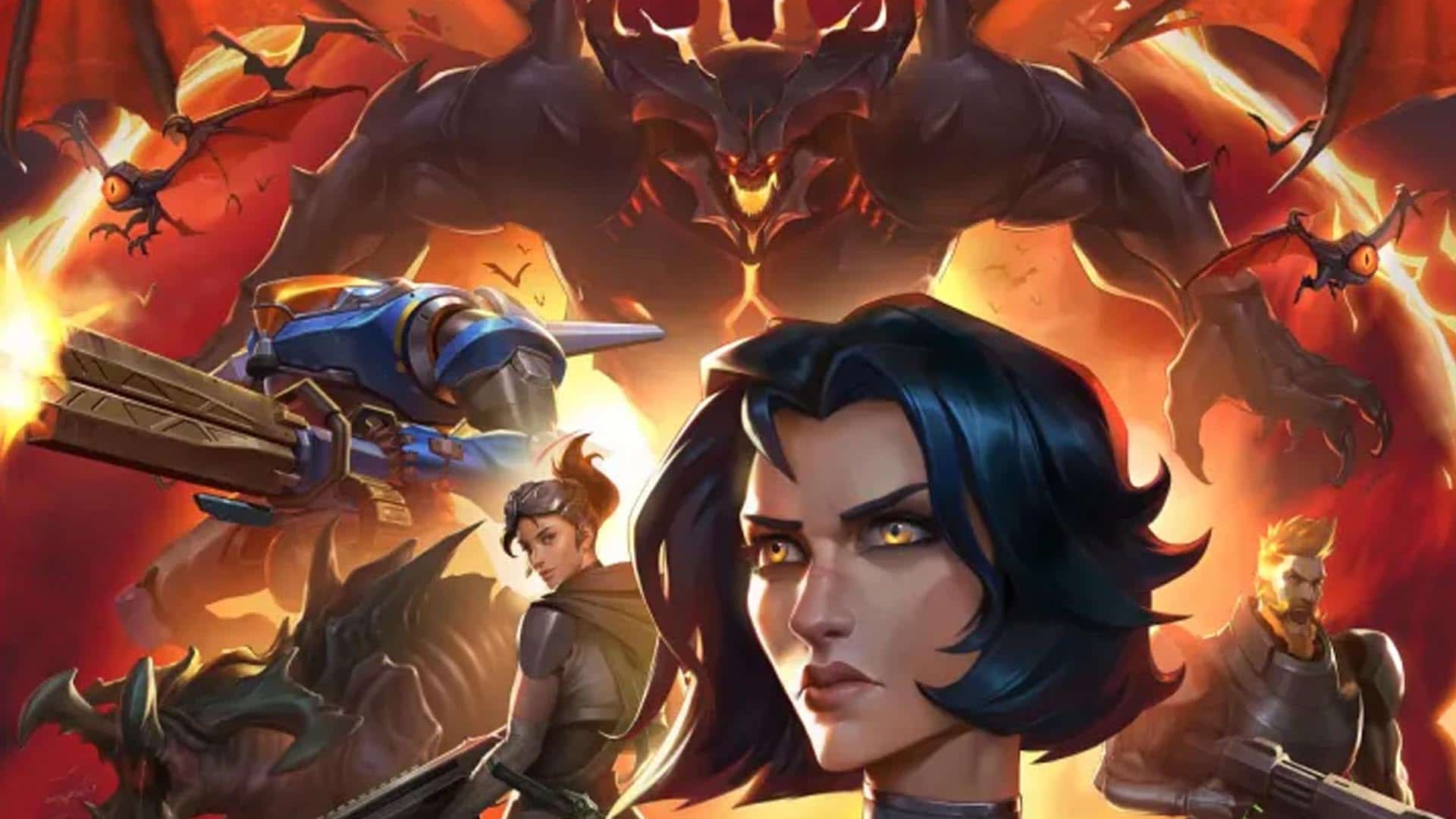 Employees, some of whom have worked for the company for decades, have resigned or been made redundant in recent years. This happened gradually over several years and started long before sexism scandal, which was all over the media some time ago. Obviously a lot has happened and that Gameplay First Blizzardwhich we still know from back then, no longer exists in this form today.

But what to do if the employer no longer plays along and the company changes? Many industry veterans have followed her Blizzard exit found in other areas of industry. And some of the ex-colleagues continue on their way together despite the many setbacks. This is how 2020 became the developer studio Frost Giant Studios founded.

thanks to the Summer Game Fest 2022 we finally know what is being produced behind the closed gates of Frost Giant. The game is called Stormgate and unsurprisingly it becomes one Real time strategy game.

The approximately 3-minute announcement trailer shows a few characters from the RTS, sets a foundation for the story of the game and all this in a wonderful animation look.

What is Stormgate about?

In terms of content, it comes down to one post-apocalyptic earth, some 100 years into the future, where humans are in conflict with an extraterrestrial species. In the beginning there are therefore two races to choose from, the Humans and the Eternals. The Eternals are responsible for the devastation of Earth caused by so-called Stormgates came to earth.

“Stormgate” is played in 3vs-E co-op (3vs AI) or competitively in 1vs-1 and 3vs-3 player matches. We’re talking about one Next Gen Esports.

“Our vision is to create a social experience that breaks down the barrier that has been keeping people away.”

CEO Tim Morten speaks of one “social experience that breaks the barriers” and makes old and new players feel welcome.

Tim Morten is no stranger to the industry. Among other things, he worked StarCraft 2 and WarCraft 3. Your ambitions are clear. It’s a game for:

“[…] Gamers who have been waiting for the next great RTS. We want to welcome them back and prove that the RTS genre can flourish again.”

That sounds exciting. But it’s not as if others haven’t tried it in the past few years. Of the Daedalic approach around A Year of Rain failed even before the actual start. It was 3 months in Early Access and then got hired.

This is what I should know about Stormgate!

By the way, the game will be in the Unreal Engine 5 produced. In addition, it has one ingame editor such as WarCraft II: Tides of Darkness or StarCraftwhich invites you to do handicrafts.

game director Tim Campbell believes that the sci-fi and fantasy elements of the Stormgate universe, with a focus on “character-driven story, Facilitate years of storytelling” would. So the game should be continuously expanded, what the integration of new races contains. Above all, they should simple user interface and co-op innovations make the genre more accessible.

We’re excited for the title as it already looks like it could full replacement for a WarCraft 4 represent that we will probably never see.

But what do you think? Can the one-time Blizzard heroes produce their own game and make it a hit? Or is the former Blizzard magic missing?

“Stormgate” goes in the middle 2023 first in the beta phase. When the game will be released is still unknown.

“Stormgate” turns on Free 2 Play RTS for PC (via Steam). You can now wishlist it. The question remains as to what restrictions the player base will have to accept as a result of the F2P aspect? Or will there be cosmetic amenities only? At a Esports approach will it all foresight no pay 2 win give. But that remains to be seen.

Who works for Frost Giant Studios?

One follows Overview of the developerswho work for Frost Giant Studios today:

So it quickly becomes clear that Frost Giant really only veterans have gathered that on years of experience at Blizzard can fall back on.