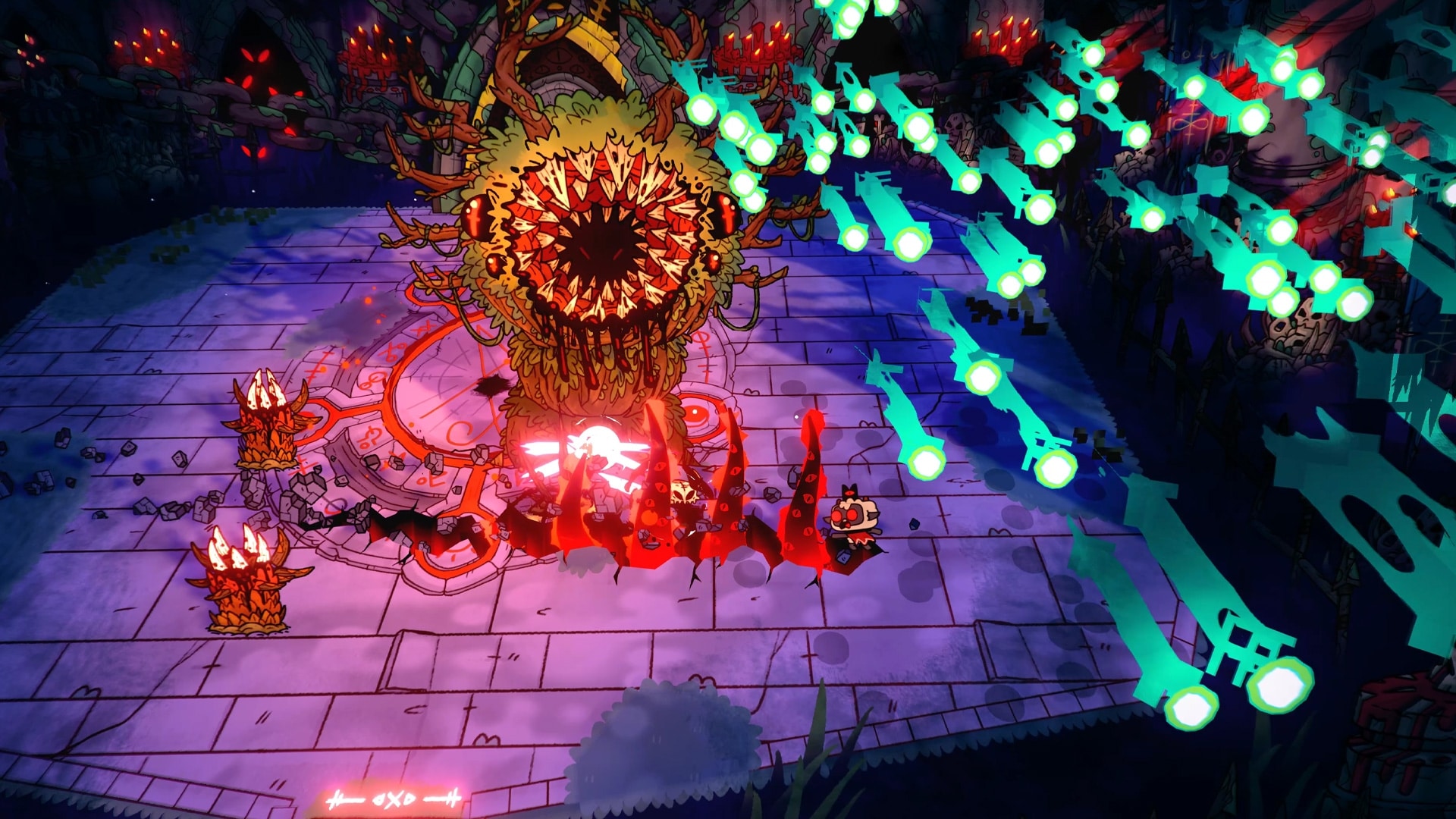 During yesterday’s mix of trailer show and industry satire, Devolver Digital announced that Cult of the Lamb will be released on August 11, 2022 for Switch, PC, PS4, PS5, Xbox One and Xbox Series S|X. In Massive Monster’s indie title, you play as a lamb who is rescued by an ominous presence and commits to building a cult that worships the dark figure.

To do this, you save cuddly animal creatures in rogue-like sections in which you mutate monsters (and later followers of other cults). With the resources you capture, you expand your base and ensure that your herd of followers make themselves useful, for example in occult rituals.