If you find Callisto Protocol too scary, you should definitely not watch Choo-Choo-Charles 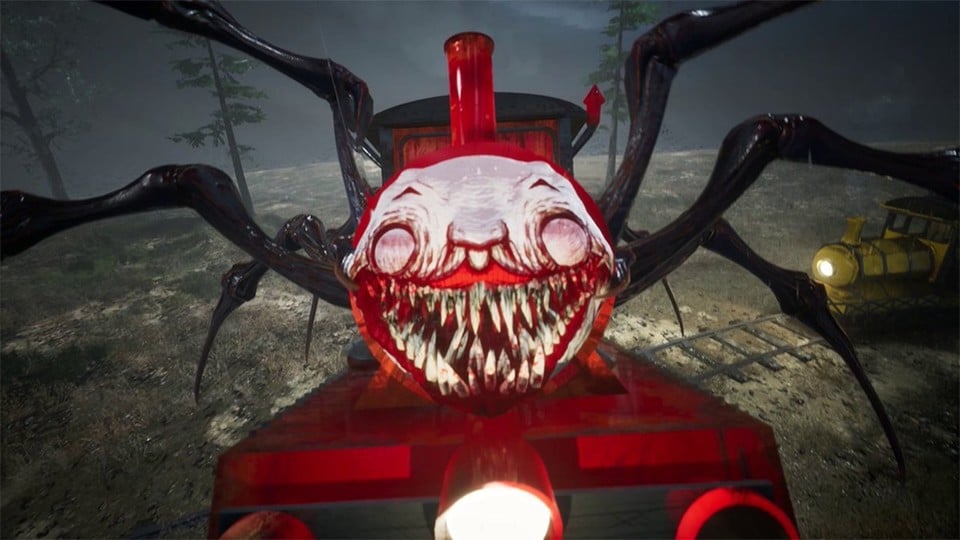 Choo-Choo-Charles is one of the scariest things I’ve ever seen.

Last night’s Summer Game Fest was all about scary horror games with an even scarier space setting. But if you’re so hard-nosed that even The Callisto Protocol or Dead Space only elicits a weary smile, you might want to check out Choo-Choo-Charles. This is probably by far the worst horror game presented last night. Because you get to do it with a spider train, which also has a kind of clown face that is bristling with fangs.

That’s what it’s about: In Choo-Choo-Charles you drive your train across a gloomy island where Choo-Choo-Charles lives. This is a locomotive with tons of teeth and spider legs that also wants to get at you and can take a lot. That not only sounds terrible, but it is.

But because that’s apparently not bad enough, we sometimes have to leave our armed platoon as well. Then we have to deal with camps full of cultists who apparently worship Choo-Choo-Charles and want to feed us to him. The fact that they are armed with shotguns does not make the encounter any more pleasant.

But the best thing to do is to see the details for yourself Choo-Choo-Charles gameplay video (if you’ve got what it takes, aren’t too squeamish, and don’t suffer from arachnophobia): 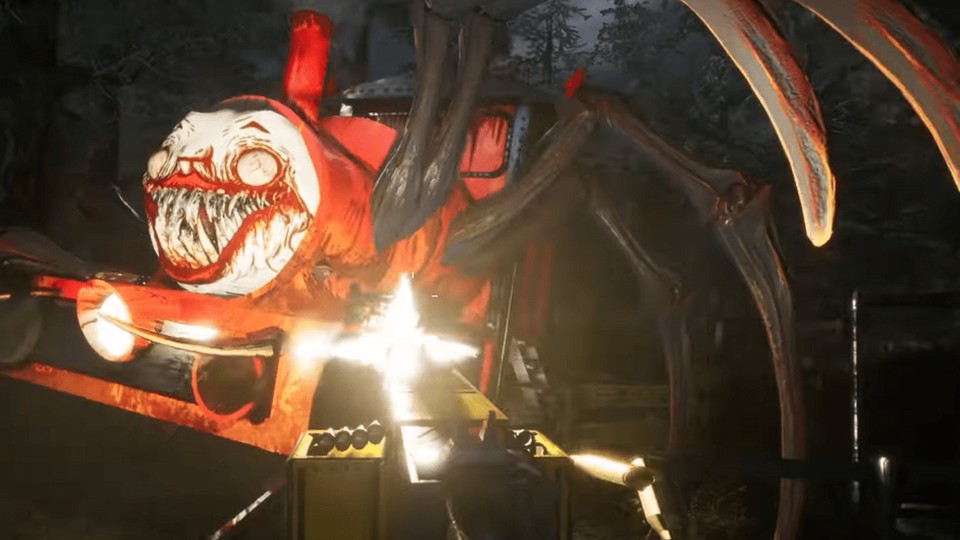 What is the goal? Your main task is to finish off Choo-Choo-Charles. But that only really works if we collect three well-guarded gems, bring them to an altar and then summon the nasty disgusting spider train. Then we can challenge him to turn-on-turn single combat and put an end to him once and for all.

Survival Horror: On foot we are more or less helplessly at the mercy of the cultists and especially Choo-Choo-Charles. However, we have to get out to collect materials. Fortunately, we can upgrade our locomotive to a tank armed to the teeth. There is even the option of adding flamethrowers, machine guns or even heavier artillery, which at least gives us a chance against the horror train.

Another trailer you can have a look here:

Coming to consoles too: Up until now, there has only ever been talk of a PC version of Choo-Choo-Charles, but that seems to be changing now. The horror spider train should also scare you on PS5 and Xbox Series S/X, as reported by Polygon. All other announcements from Summer Game Fest can be found in this GamePro overview.