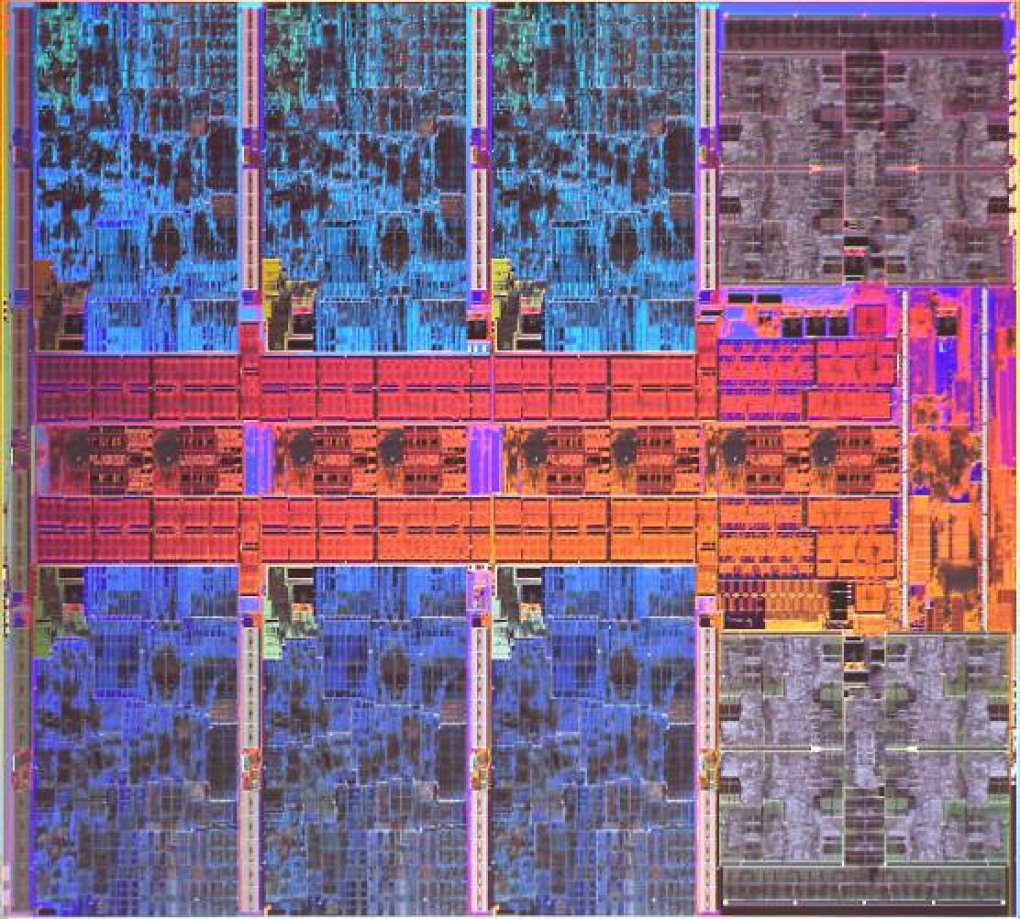 06/12/2022 at 5:00 p.m
from Valentin Sattler –
Several Intel slides have been leaked online, providing details on the Intel 4 manufacturing process and the new Meteor Lake processors (Core i-14000). Among other things, it contains a die shot of Meteor Lake, which shows a configuration with six P and eight E cores.

From tomorrow to Friday this will take place in Hawaii IEEE Symposium on VLSI Technology & Circuits – a conference that focuses on new semiconductor technologies and chips. Among other things, Intel will also be present and, according to a tweet by Twitter user @phobiaphilia, will be talking about the new “Intel 4” manufacturing process. This was previously known as 7 nm production and is said to be used in Intel’s Meteor Lake processors (Core i-14000), among other things.

Of the since deleted tweet from phobiaphilia contained not only the presentation topic, but also some exciting pictures, for example via the Google web cache can be accessed. In particular, it includes details on the new manufacturing process, but also shows a schematic of Meteor Lake and even a die shot.

Meteor Lake compute chip die-shot. The six blue performance cores are clearly visible. There are also two blocks of four with efficiency cores at the top right and bottom right. 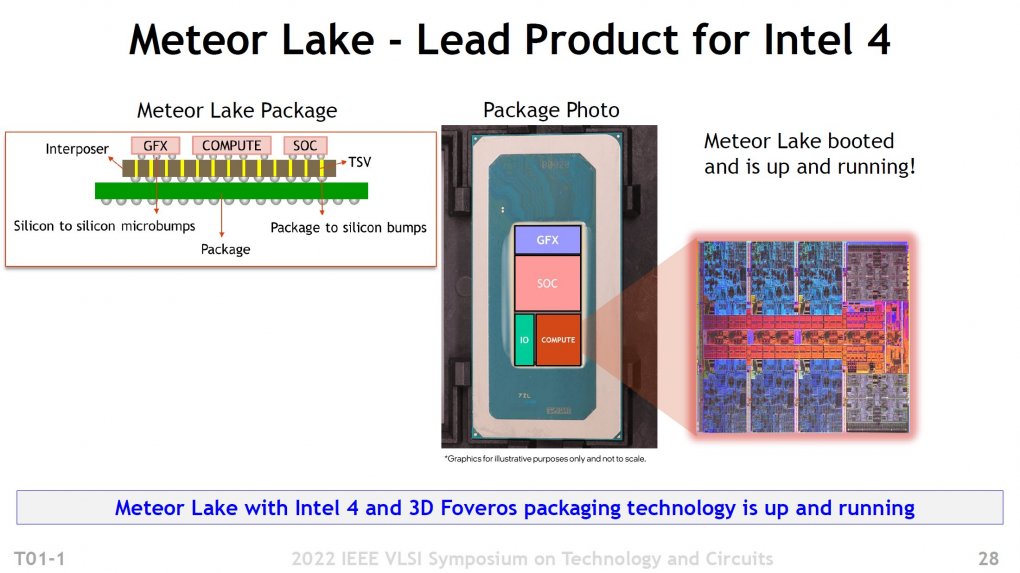 At Meteor Lake, several chips are to be accommodated on an interposer. Apparently, only a very small part of the area goes to the compute chip, which contains the CPU cores.

With regard to the Meteor Lake CPUs, which should replace Raptor Lake in 2023, there is talk of a structure made up of several individual chips, as AMD has been using for years. An interposer should therefore accommodate a SoC, an IO, a GPU and a CPU chip. The latter is shown again separately: you can see a chip with six P and eight E cores. Depending on the model within the Core 14000 series, there should be different expansion stages.

According to the slides, Intel 4 should allow a clock rate that is at least 20 percent higher with the same consumption and, at least for computing circuits, scaling by a factor of two. Concrete key data are also mentioned. For example, the distance between two transistor fins should shrink from 34 to 30 nanometers

It is hard to say whether the data shown here is real – but if it is a fake, it would be quite complex. Hopefully we will learn more about this in the coming week when Intel holds the planned presentations at the conference. However, one should not look forward to too many (additional) details: At the trade fair, the focus should be more on semiconductor production. And it would be much too early for concrete product information about Meteor Lake anyway.

Source: via Videocardz / computer base