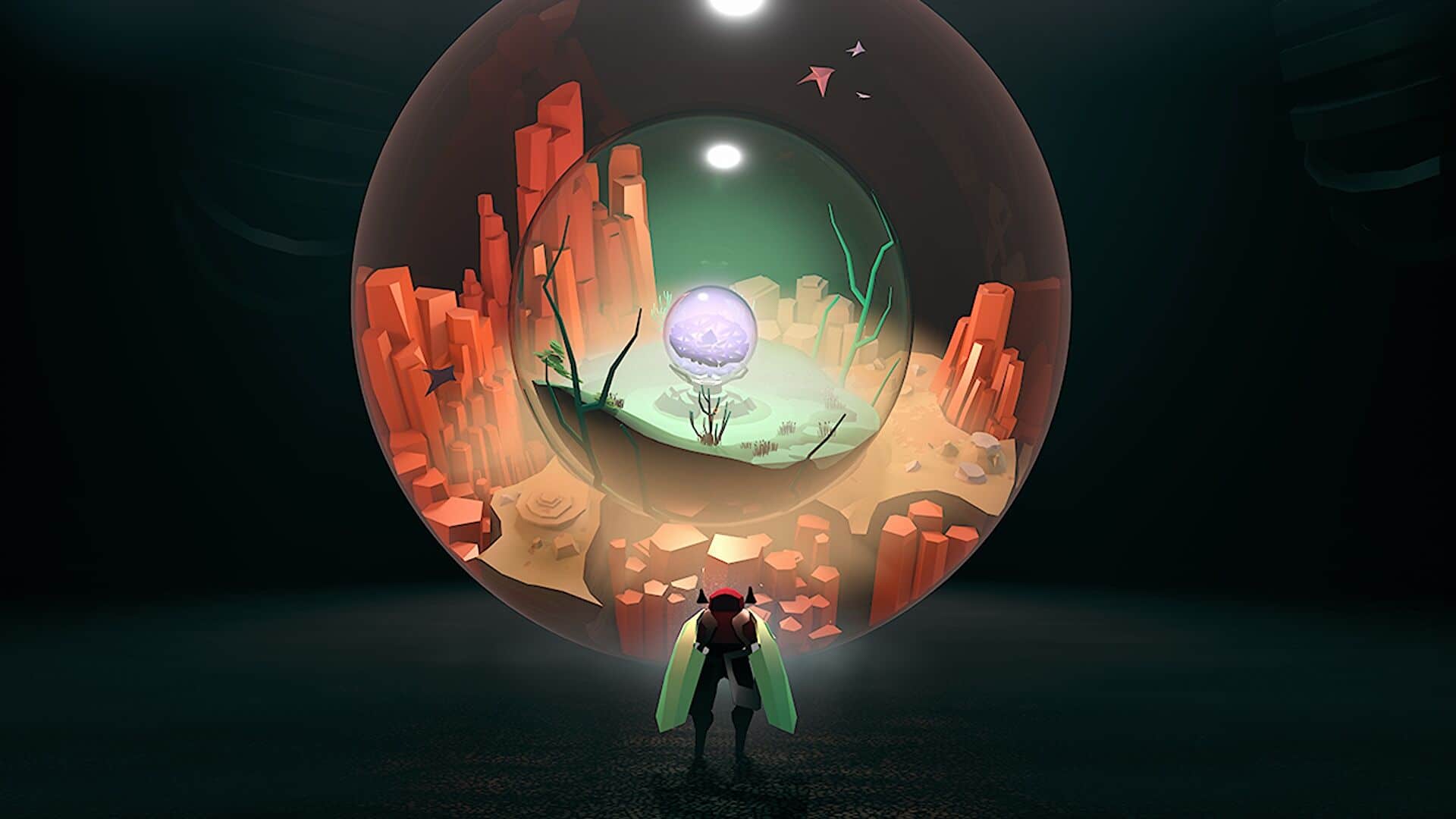 Cocoon is an insectoid puzzle adventure that’s being developed by Jeppe Carlsen, the lead gameplay designer of Playdead’s Inside and Limbo. The game was announced at today’s Xbox & Bethesda Games Showcase, and its worlds-within-worlds reality hopping system has already blown my mind a little. Check it out for yourself in the trailer below.

You play as a little insect lad in Cocoon, picking up differently colored balls on your back and chucking them about to solve puzzles. Surprise! The balls are actually worlds you can enter. This raises the heady philosophical problem of infinite regress, aka “It’s turtles all the way down”. I’m just a games journalist, so I don’t really have a solution for that I’m afraid, but now you know where the game’s cocoon moniker comes from anyway. Each world orb has an ability tied to it, which you can then use in other worlds to find hidden areas or fire things to push switches, for example.

Carlsen is known for his work on the distinctive side-scrolling platform puzzlers Inside and Limbo, so Cocoon’s top-down viewpoint is a shift for him. Publishers Annapurna Interactive say that you’ll need to “combine, manipulate, and rearrange” the world orbs to solve puzzles. There’s multiple biomes to explore, from industrial areas to huge organic caverns. Hang on, orbs to collect by solving puzzles, different zones… this is beginning to sound more and more like The Crystal Maze. Oh wait, no, you have to fight guardian bosses too. I don’t think Mumsie counts as a boss.

Cocoon will open up on Steam at some point in 2023. It’s also coming to Xbox and Nintendo Switch, and will be on Microsoft’s Game Pass service. By that point, I might have learned to spell cocoon right the first time.