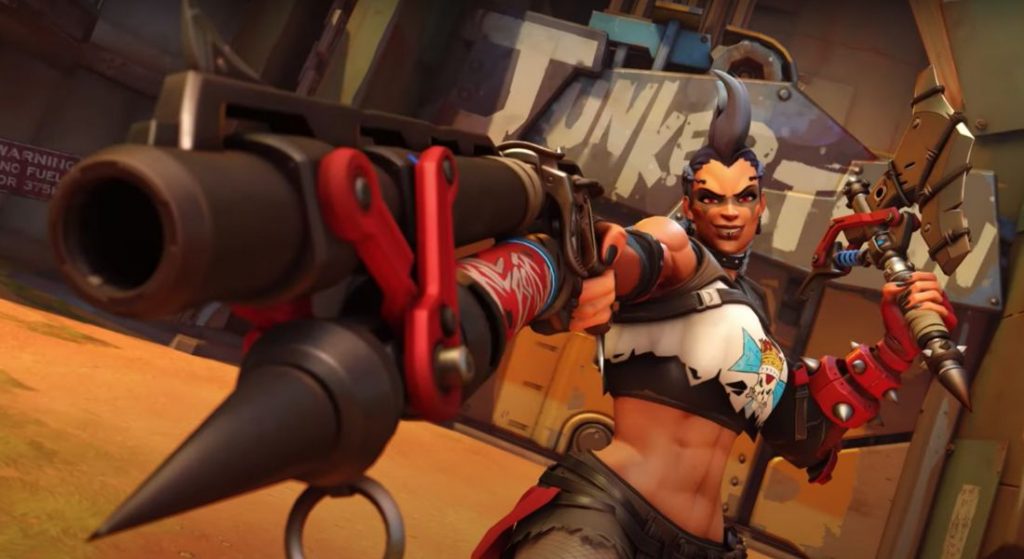 Junker Queen joins the Overwatch 2 roster in time for the game’s big release. Players have longed for his release for years, and the tank hero is one of many Blizzard has lined up for the hero shooter sequel – here’s what we know so far.

Junker Queen is one of the most beloved characters in the Overwatch universe, though she didn’t technically have a role in the game other than being always present on the Junkertown map.

That’s changing in Overwatch 2, though, as the Ruler of Junkertown joins the hero roster as the game’s newest tank character. Having been revealed as one of the many new heroes coming as part of the hero shooter sequel, players are already excited about how to play her.

Here’s what we know about Junker Queen so far in Overwatch 2, including how her abilities work and when she’ll be released.

Overwatch fans have been waiting a long time for Junker Queen, and she doesn’t disappoint.

Who is Junker Queen in Overwatch 2?

Junker Queen is the leader of the (semi) lawless Junkertown, which was once the home of Junkrat and Roadhog. However, Junker Queen did her best to keep the two heroes away after they discovered a “treasure” in the ruins inside.

As the undisputed champion of the junkyard within Junkertown, she has the fighting prowess to back up her big talk. However, as for the rest of her story, she will unfold once she is released in the game.

Players got their first Junker Queen game shard at the Overwatch 2 release date reveal on June 12, 2022, but details about her abilities are still unclear.

See also  WoW on Xbox - do you even want it?

In the trailer, she uses a shotgun and melee weapon deftly, which means she could be a good close-range fighter like Roadhog. She can also spin into battle, spinning her ax at lightning speed as she slices through enemies, which lines up with some leaks.

However, it remains to be seen what the rest of his kit is and how it all balances out. We’ll keep you posted here once Blizzard confirms it ⁠, likely at the reveal event live stream on June 16.

Does Junker Queen have a release date in Overwatch 2?

Blizzard has not confirmed when Junker Queen will be released in Overwatch 2. Junker Queen is one of the few new heroes that will apparently arrive with the game’s release on October 4, 2022.

Long-awaited DPS hero Sojourn also joins the roster, and a couple more have been teased during drip marketing for the sequel.