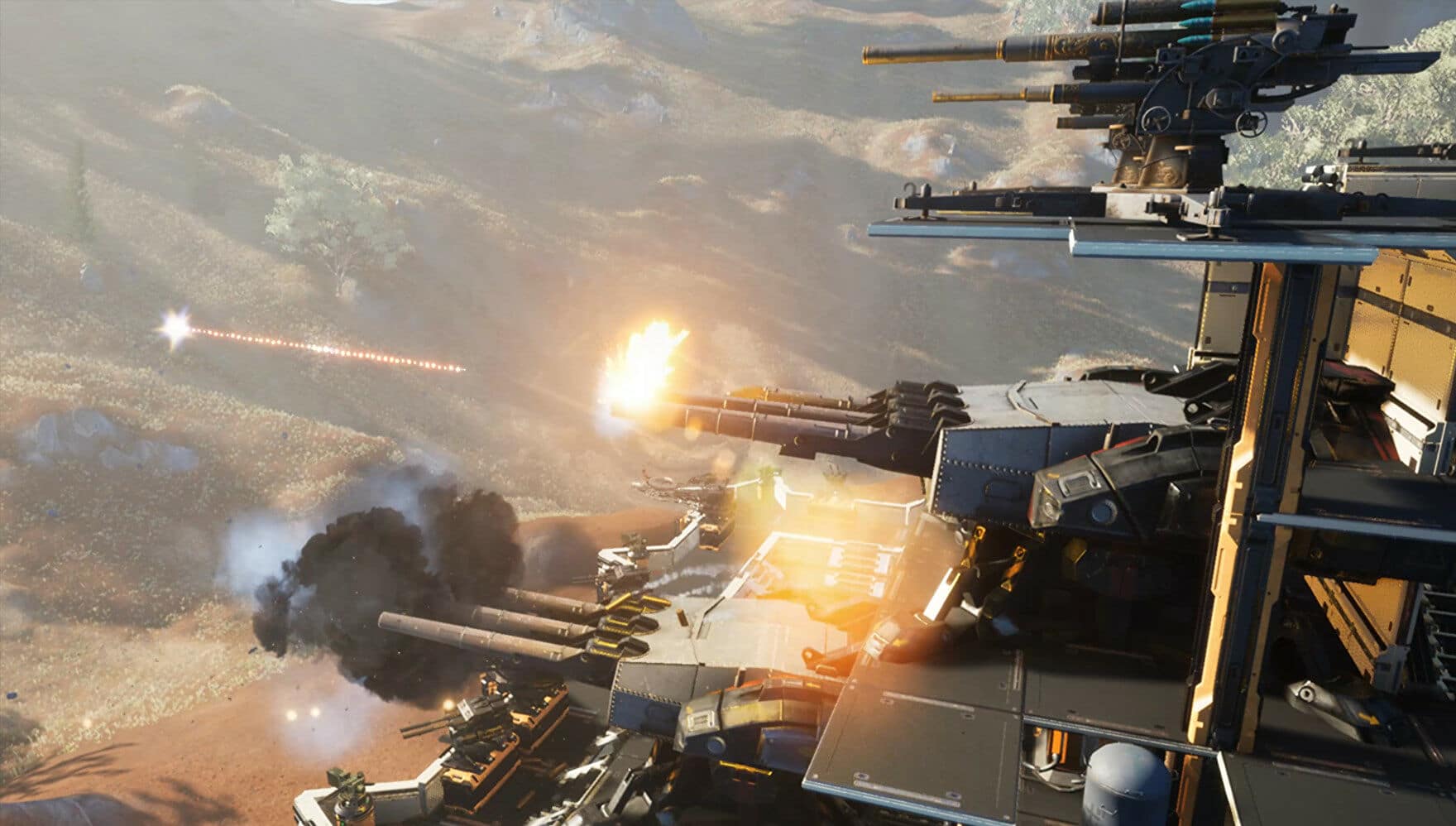 It should be a rule that any game which shows a slick, edited trailer at E3 (or not-E3) has to then release a longer, more illustrative piece of footage, too. That way we’ll be able to take our dose of hype, then follow it with a dash of reality.

So it is with Outpost, a first-person base-builder with seemingly massive swarms that impressed during the Future Games Show. How does it look in the 8 minutes of playtest footage below? Less impressive – but still compelling.

In fairness, just like the working title, the video above makes clear that it’s using placeholder assets throughout. That’s reason enough to withhold judgment from its slightly damp shooting, and the seemingly harmless shuffling of its enemies.

I’m not sure I really need that caveat, though. I still want to play a game where I have to construct or manage an enormous base covered in turrets in order to fight off swarms of squidbots. The longer video is in some ways more impressive than the short edited clip from the weekend, since it manages to depict not just quantity, but also vast distances. I assumed that, when the flying robots first appeared so far away, that they were just a skybox animation, but no, the player is still seen shooting at them from that distance, a few shots successfully registering.

Shout out also to the tutorial tip that reads, “Press and hold Q to open the protomag and skill it with the protoslag.” That’s better than any of the lore I’ve seen from Starfield so far.

Outpost has no release date yet, but you can find another trailer and more screenshots over on Steam.