CoD Warzone: Season 4 brings a new map – all information about the start, content and leaks 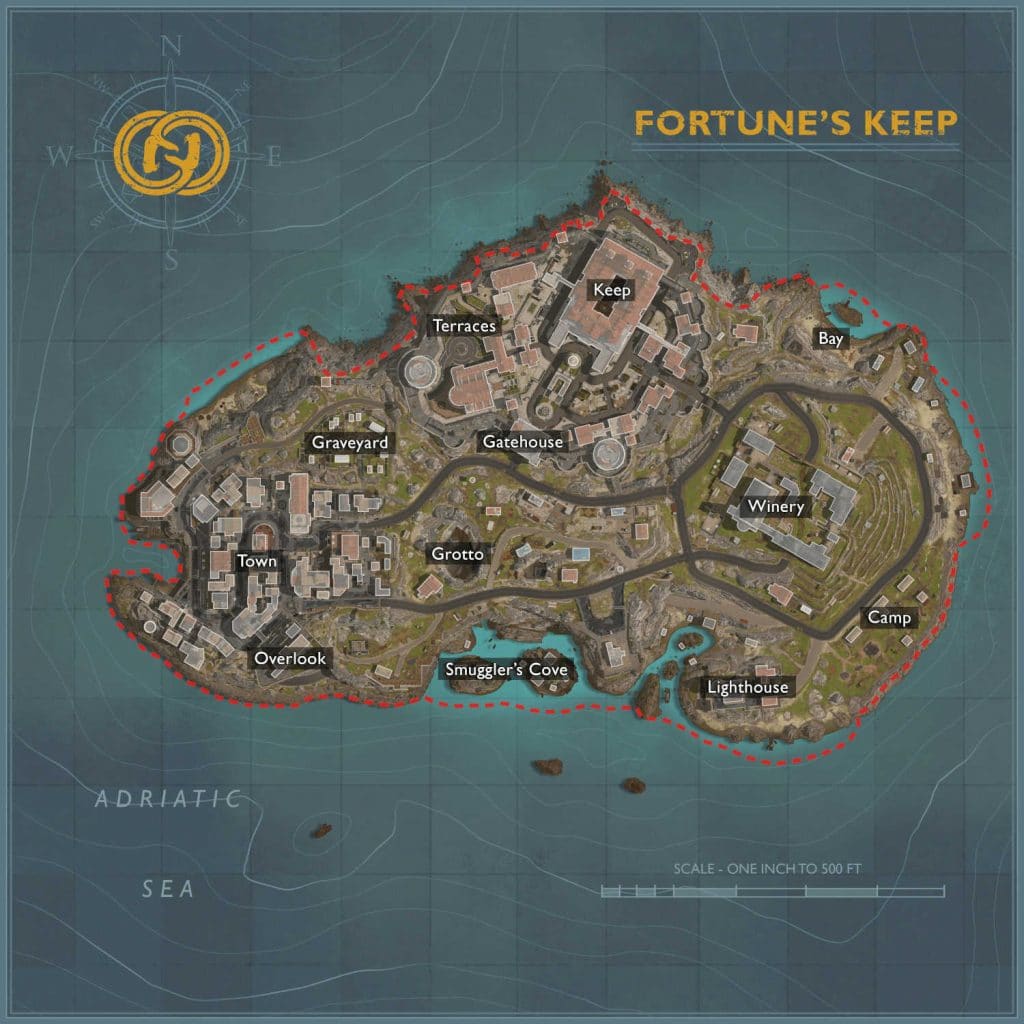 Call of Duty: Warzone is about to start the new Season 4 / 2022 – it could start on June 22nd. It is already certain that a new map will come into play. What else is known so far and what leaks already suspect, we collect for you on MeinMMO.

The free Battle Royale Call of Duty: Warzone sees itself as a service game and brings new and free content into play every few weeks via live seasons. Next up is the 4th joint season with Call of Duty: Vanguard.

So far not much is known about Season 4 / 2022, but the highlight has already been presented: Warzone is getting a brand new map that is said to be a little larger than Rebirth Island.

Here you can find out what else you need to know about the update, what content the new Season 4 brings and how much leaks have already been revealed.

Please note: Some information in the article is based on leaks, rumors or conjecture. We describe the positions accordingly. Take this information with some skepticism – things can change in the course of development or the leaks can also be simply wrong.

When is Season 4 coming? Call of Duty has not yet released an official launch date. But the Season 3 Battle Pass ends in the evening of June 22nd. The new season often starts then, in Warzone maybe a day later.

How big will the update be? There is also no information on this yet. Since a new map may be launched, the download could be larger – up to 20 GB or more.

If the new map “Fortune’s Keep” comes later in the season, the download will be much smaller.

Is there a preload? Actually, in the past, Warzone almost always provided a pre-load for the season updates. However, Season 3 and Mid-Season 3 both came without a pre-load. It is currently completely unclear whether Season 4 will offer the opportunity again.

How about a trailer or the roadmap? At the time of writing, there is neither a trailer nor a roadmap. We will include the information for you as soon as it is online.

What about CoD: Vanguard? The current premium title is also entering Season 4 and is getting new content. So far, however, there are no further details here either.

However, there has been a lot of information about the new Modern Warfare 2, the CoD 2022, lately. If you are interested, have a look here:

Not much is known about the content of the new Season 4. Only the obvious highlight has already been revealed via a scavenger hunt on Twitter: the new map “Fortune’s Keep”.

We include the overview map here:

The map is called “Resurgence” map by those responsible, just like the small map “Rebirth Island”. However, it is not yet known whether Rebirth will be replaced or whether both cards will run in parallel.

The developers indicated a while ago that map rotation in Warzone is rather unlikely. The season story of Mid-Season 3 also tells about leaving Rebirth Island (via callofduty.com). However, both scenarios are currently possible – only one of the two small maps or parallel availability.

Initial size comparisons from players who compared both maps based on buildings and roads concluded that the new map could be slightly larger than Rebirth Island.

Otherwise there is currently no official information about the content of Season 4. You can already get an impression of Warzone 2 here:

CoD Warzone 2 is still coming in 2022 – all information about the release, map and leaks

What does the Battle Pass bring? With each new season there is a fresh Battle Pass that you can level up with your playing time. There are some items for free, like the new weapons, a handful of CoD points and cosmetics. If you pay just under €10, you will get more than 100 items if you play through the pass.

This is in the Battle Pass: Most of the pass is cosmetics, XP boosts, CoD points or similar. But there is always gameplay-relevant content such as new weapons or perks.

All gameplay-related content in the Battle Pass is always part of the free pass. So you can definitely unlock them at no extra cost.

If you play a lot of CoD, then the Battle Pass is a fair deal: you get a total of 1,300 CoD points back if you reach a very high level.

CoD Warzone: What does the Battle Pass actually do and who is it worth it for?

What weapons are coming in Season 4? There is no information about this yet.

Who is Postergirl / Posterboy in Season 4? Each season, new operators play a major role in the story. One of these operators is part of the Battle Pass and can be unlocked directly by purchasing the pass.

There’s a leak promising “Captain Carver Butcher” (via twitter.com). The Captain was already part of the story in CoD WWII from 2017 and combines the history of the Black Ops era with the World War II scenario in Warzone.

We include the trailer with Butcher at the start of Warzone: Pacific here:

As soon as there is new information, we will update the article accordingly and write you an update note above what is new.

We would also be happy to read your comments and thoughts on the new Season 4.

If you want to get an overview of the meta before the start of the new season, then have a look here: CoD Warzone: The best weapons with setups – constantly updated.