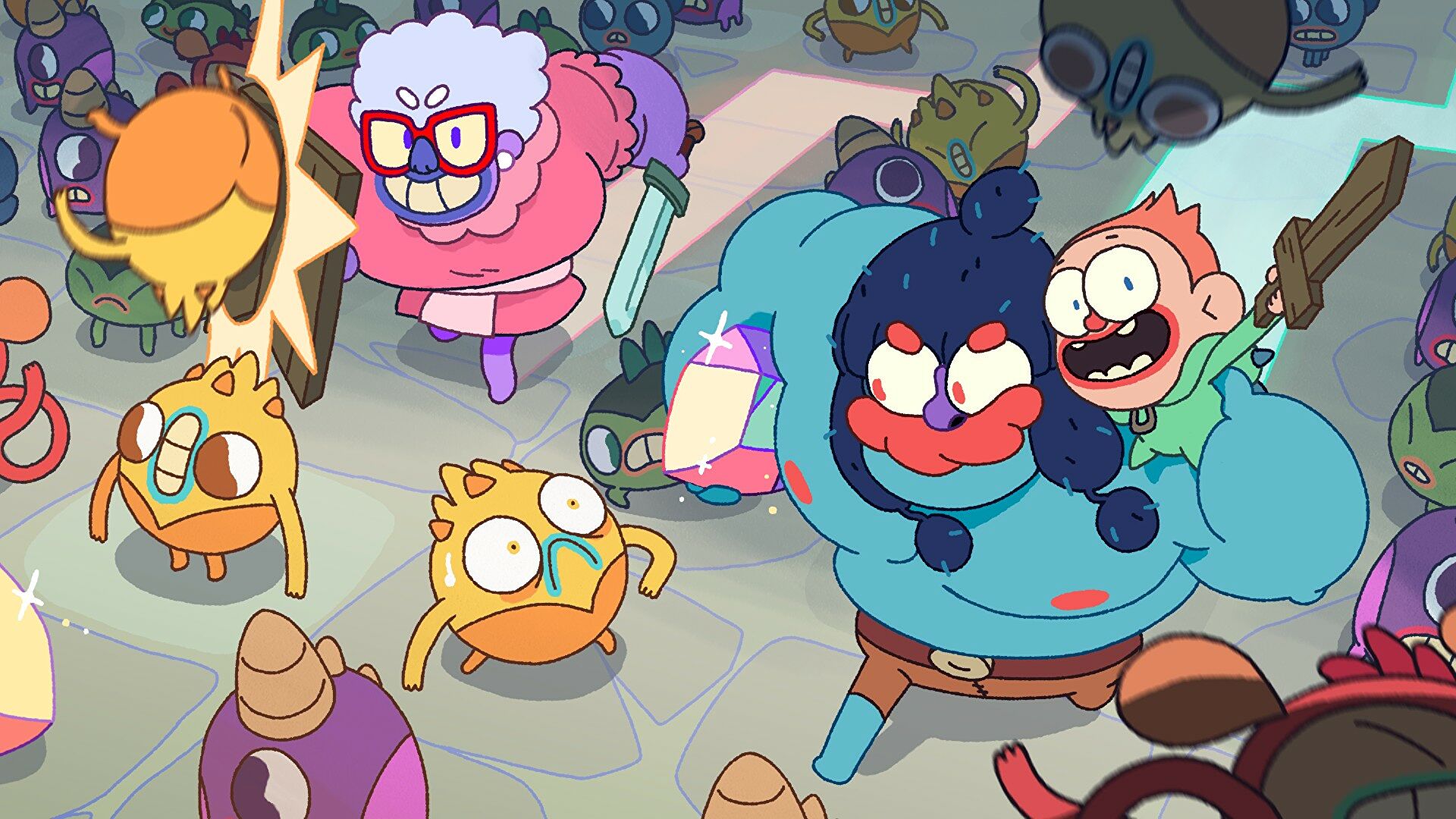 Barbarian-tinged match-3 puzzler Grindstone is abandoning its exclusivity to the Epic Games Store and venturing into the untamed wilderness of Steam on June 20th, developers Capybara Games have revealed. All updates to the game that released on other platforms such as Apple Arcade and Nintendo Switch will be included. There’s a helpfully explanatory animated trailer to watch below.

If you haven’t played Grindstone then expect to slash your way through very cute, but exceedingly angry, colorful little monsters by lining your barbarian up through as many of one color as you can. You can change colors by plotting a course through a special crystal on your way, and completing levels earns you loot and blueprints for new abilities. You’ll need them as you progress further up the game’s mountain and take on bosses.

The Steam version of Grindstone will feature all previous updates, including two released earlier this year: Carnival Of Creeps and Bats In The Big Tent. Each free update from Capybara Games has kept adding more and more levels to the game, which now stands at more than 250 in total. That’ll keep you going for ages.

Katharine became a smidge addicted to the game when it first arrived on the Epic Games Store last year. “I’m continually amazed at how each level manages to feel completely different from the last,” she said. “New enemy types are introduced with pleasing regularity, the layouts of each grid are constantly being switched up and remixed… and the combination of higher-level foes changes all the time as well.”

Man, I love Grindstone too. The hacky rhythm of his sword-swinging has the same weird satisfaction as twirling a pen between your fingers or quickly preparing vegetables on a chopping board. It’s like combat hygge, if that’s even possible. Are any Scandinavians here okay with that being a thing?

Grindstone is out on Steam on June 20th for £17/$20/€20, but there’ll be a 40% launch discount. You can make a start with the demo right now thanks to this week’s Steam Next Fest – progress carries over to the full game.