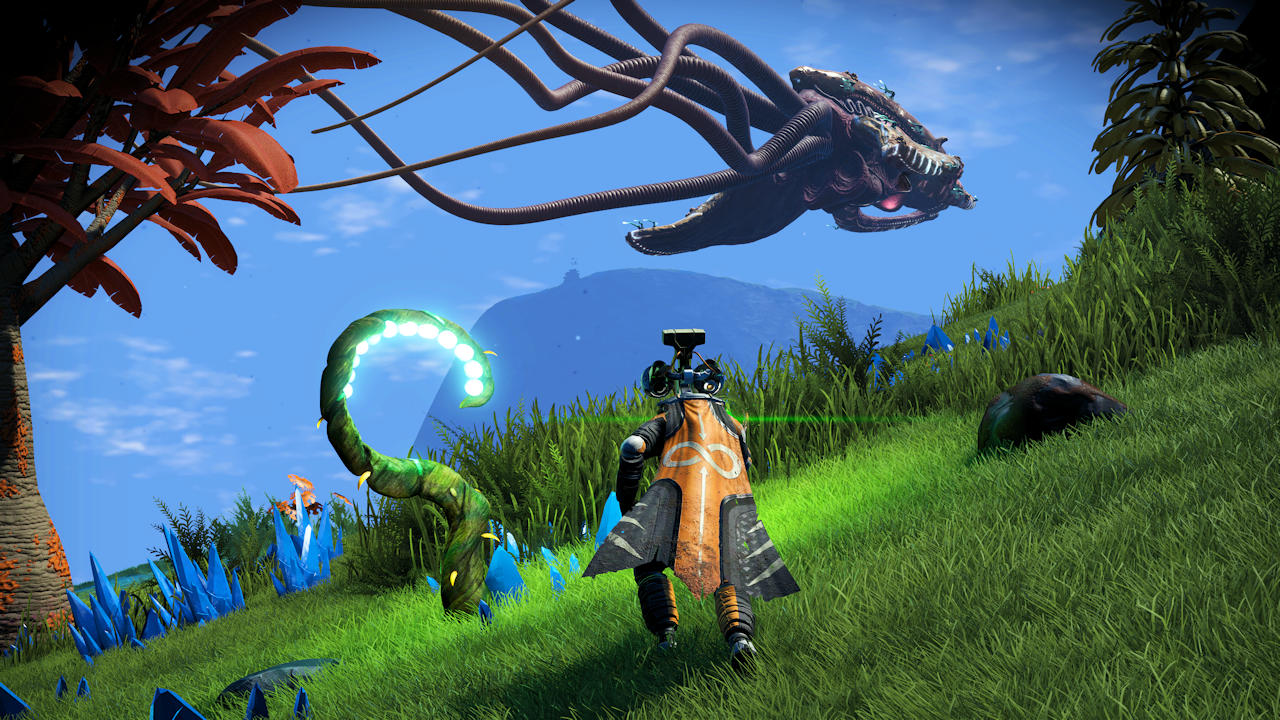 06/14/2022 at 7:45 p.m
from Alexander Ney –
Over the years, No Man’s Sky has evolved from a total catastrophe into an immersive space exploration game. However, not everything went smoothly with the new Leviathan update – patch 3.92 should now remedy the situation. Among other things, it fixes incorrect damage taking for players who are on a planet.

Hello Games has released a new patch for the space exploration game No Man’s Sky. The “repair package” with version number 3.92 addresses errors that occurred in connection with the new Leviathan expedition. Among other things, there was a wrong damage taking for players who were on a planet; it was also possible for players to kill their companions. At our evening check on June 13th, the patch was available for both the PC (Steam, GOG) and console versions. We have summarized what exactly version 3.92 contains below.

In the Leviathan Expedition, players are trapped in a time loop and must collect memory fragments from previous loops. In this way they receive upgrades for the inventory, the multi-tool or their own spaceship. The aim is to break the time loop, but this has to be done on Survival difficulty. It is correspondingly easy to die during this “trip”, with each death of the player resetting the time loop.

Source: Dark Side of Gaming