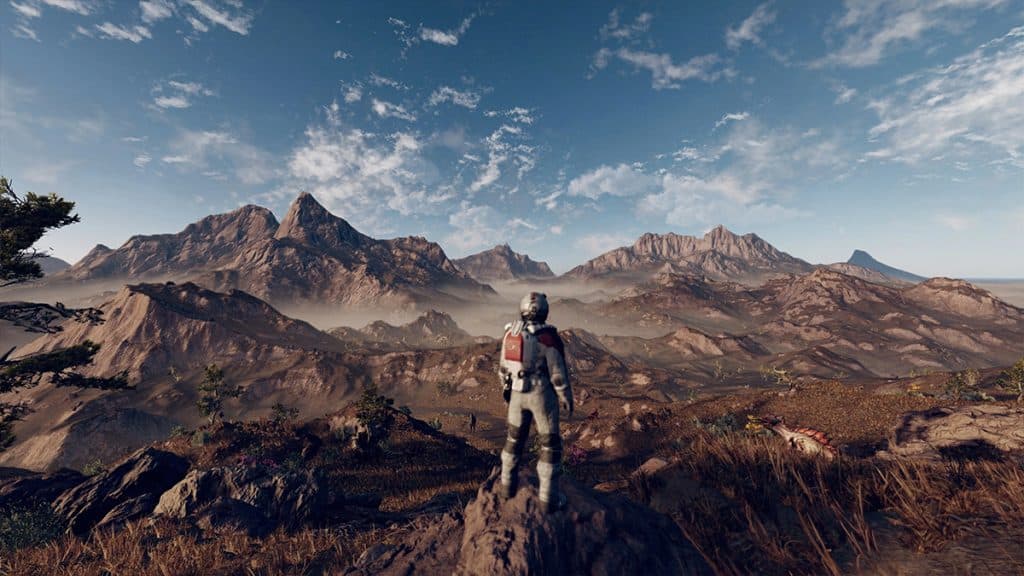 After a four-year wait, Bethesda has finally revealed gameplay and details for the highly anticipated space RPG Starfield, but players are already jumping to conclusions about the game’s 1,000-plus planets.

At the end of the 15-minute gameplay demo during the Xbox + Bethesda Games Show, Todd Howard revealed just how big Starfield is. The game features over 1,000 planets spread across 100 different systems that players can freely land on and explore.

Of course, hearing numbers of this magnitude can trigger the announcement of PTSD for some players. Bethesda has gotten used to over-promising and under-delivering, with fans often calling back to the infamous “see that mountain over there?” by Howard. quote.

Others have drawn comparisons between Starfield and No Man’s Sky, predicting that the vast majority of Starfield’s planets will be barren or uninteresting. But it’s ridiculous to hate the size of Starfield based on what “might” happen… So much content is actually a good thing.

Lack of faith in Bethesda

Now, this article is not to persuade you that Bethesda can’t do anything wrong. They are known for shipping their massive RPGs unfinished, often riddled with bugs that take players out of what could have been an immersive experience.

Do you remember the quote from earlier? That’s one of Bethesda’s main problems when it comes to promoting its games. They often hype a game by saying “you can go anywhere” or “do anything”, but that’s far from the truth.

Sorry Todd, I don’t believe you anymore. of gaming

So it’s not because of the mob mentality that players are skeptical of Starfield. They have been let down too many times by the sweet lies by todd howardand they will not be fooled again.

That said, the instant hatred poured out by a massive galaxy of planets is ridiculous. We have little idea how these planets will look or function, but form opinions as if we’ve played the games for 100 hours.

A concept for a Starfield world shows the player trudging through a lush jungle.

The No Man’s Skyrim Debate

It’s also impossible to mention how the public currently views Starfield without talking about another space exploration game: No Man’s Sky. A game that was hyped beyond what any developer could offer was considered a massive failure at launch.

As someone who has put a considerable amount of hours into No Man’s Sky, the comparisons are justifiable. Many of the mechanics shown during the game preview were identical to No Man’s Sky. But it’s a game set in space about gathering resources to survive and thrive… How different could Bethesda really be to mining copper or flying a spaceship?

Having 1000 explorable planets in Starfield guarantees that most of them will be boring. https://t.co/G6oLCSIfzB

However, the main comparison, or theory I should say, is between the planets in the games. No Man’s Sky has multiple nearly infinite systems with a countless number of procedurally generated planets. There are no big cities, all the spaceports look the same, and there are only a handful of things to do on each planet.

I may be alone here, but my almost immediate reaction to “there are 1000 planets!” it is far more concern than exaggeration. I’m excited to play Starfield for a bunch of reasons, but 1,000 planets makes me go ‘well, most of them must be pretty barren/uhh, I don’t have time for that’.

However, NMS is a fantastic game. What was released as a flop has been continuously updated over the last five years to become a brilliant game focused on space exploration. If you haven’t played it recently, you should definitely pick it up before continuing with Starfield.

Much like No Man’s Sky, the planets in Starfield will likely be populated by procedurally generated outposts.

The only thing Bethesda does well

Above all, Bethesda games always deliver on their masterful world building. The Elder Scrolls and Fallout franchises are perfect examples of how well Bethesda can create a narrative and the world it takes place in.

Take Fallout 4 for example. At least for me, the world was so dense and full of interesting characters that I soon forgot about my missing son. Stumbling across Ironsides and Atom Cats felt like a game of delight, and the members of the Church of the Sons of Atom still give me the creeps.

Sure, these games aren’t polished and you can’t climb a mountain in Skyrim without a horse, but that hasn’t stopped Bethesda fans from digging hundreds, if not thousands, of hours into these games.

Let’s say that of the 1,000 planets in the game, 985 are procedurally generated with no massive cities. That still gives us 15 highly populated handcrafted civilizations to explore. And the ones we’ve seen in the trailers look amazing.

This is where the reaction gets confusing. Most of the complaints seem to imply that Todd Howard said that most planets will have cities like New Atlantis or that they will be worth exploring. The truth is they won’t and that’s still fine.

Let’s compare Starfield to Minecraft. Often, after you’ve spent several months or even years in a single Minecraft world, it’s time to reboot. You can start all over again in a new world, or you can pack your bags and fly thousands and thousands of blocks away to a new starting location. Starfield essentially allows players to do the same thing.

You can build a base on any planet and populate it with human and robotic NPCs. Once you’re bored with the planet you’re on or reach a point where you feel like you’re done, you can just hop on your ship and go to a whole new world ready for you to conquer.

Even the most arid planets can become homes away from home.

Of course, how much fun populating planets is will depend on the game mechanics and style of play you enjoy the most. If you don’t like exploration and base building, you probably won’t find the 1000 planets very fun. And if base building and recruiting are difficult or incomplete, it can be frustrating to try.

That said, this rush to hate the number of planets in Starfield is just plain stupid.

We know next to nothing about planet spawning, the number of actual cities in the game, and what there is to do beyond exploration. For me, having 1,000 blank canvases to build cities on is a dream come true.

If you’re still hesitant about making poor comparisons to other space exploration titles, well, you might need to take something for your No Man’s Sky syndrome.