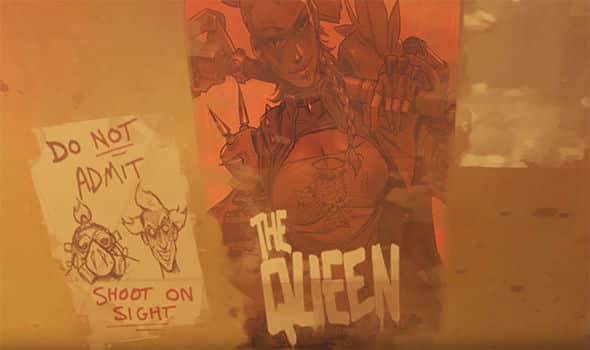 Ever since Junker Queen, Overwatch’s newest hero, was introduced, Apex Legends players have been brazenly comparing her to the legend of their own game: Mad Maggie. While they share a lot of similarities, Junker Queen being a Maggie rip-off is definitely not the case.

The big news for Overwatch 2 before the next beta was the reveal of Junker Queen, a new tank hero. It didn’t take long for some players to compare her to Mad Maggie from Apex Legend, accusing Blizzard of taking a page out of Respawn’s playbook.

That’s definitely not the case though, as anyone who’s been paying attention will know that Junker Queen actually predates Maggie by years.

Some communities say that it is similar in concept to Mad Maggie. You know? The basic concept of the Junker Queen was presented in 2017.

I hope they don’t say nonsense like “Blizzard copied the scene from FFXIV to make a Dragonflight trailer”. pic.twitter.com/ftd2EgxWIt

While they look similar, Overwatch insider Naeri hit the nail on the head when she pointed out that the Junker Queen concept has actually been around for years longer than Maggie.

The first image of the Queen we saw was on a poster in Overwatch’s Junkertown map, which released in 2017. Maggie, on the other hand, didn’t appear until February 2, 2022.

Overwatch players have been waiting for Junker Queen as a hero for years.

In addition to this poster, there have also been countless amounts of concept art created by Overwatch fans in the nearly five years we’ve had to wait for Junker Queen to come to fruition.

Despite being unofficial fan creations, her final look was very close to what was revealed at the Xbox Games Show on June 12.

Looking at all this, it is obvious that Junker Queen came first. But beyond that, both characters are so unique that saying one is a “copy” of another doesn’t give the game designers the credit they deserve.

As Naeri also pointed out, since the release of Mad Max Fury Road in 2015, many characters have been inspired by the film’s post-apocalyptic heroine, Furiosa. Rather than one being a rip off of the other, we prefer to think of Maggie and the Queen as sisters.