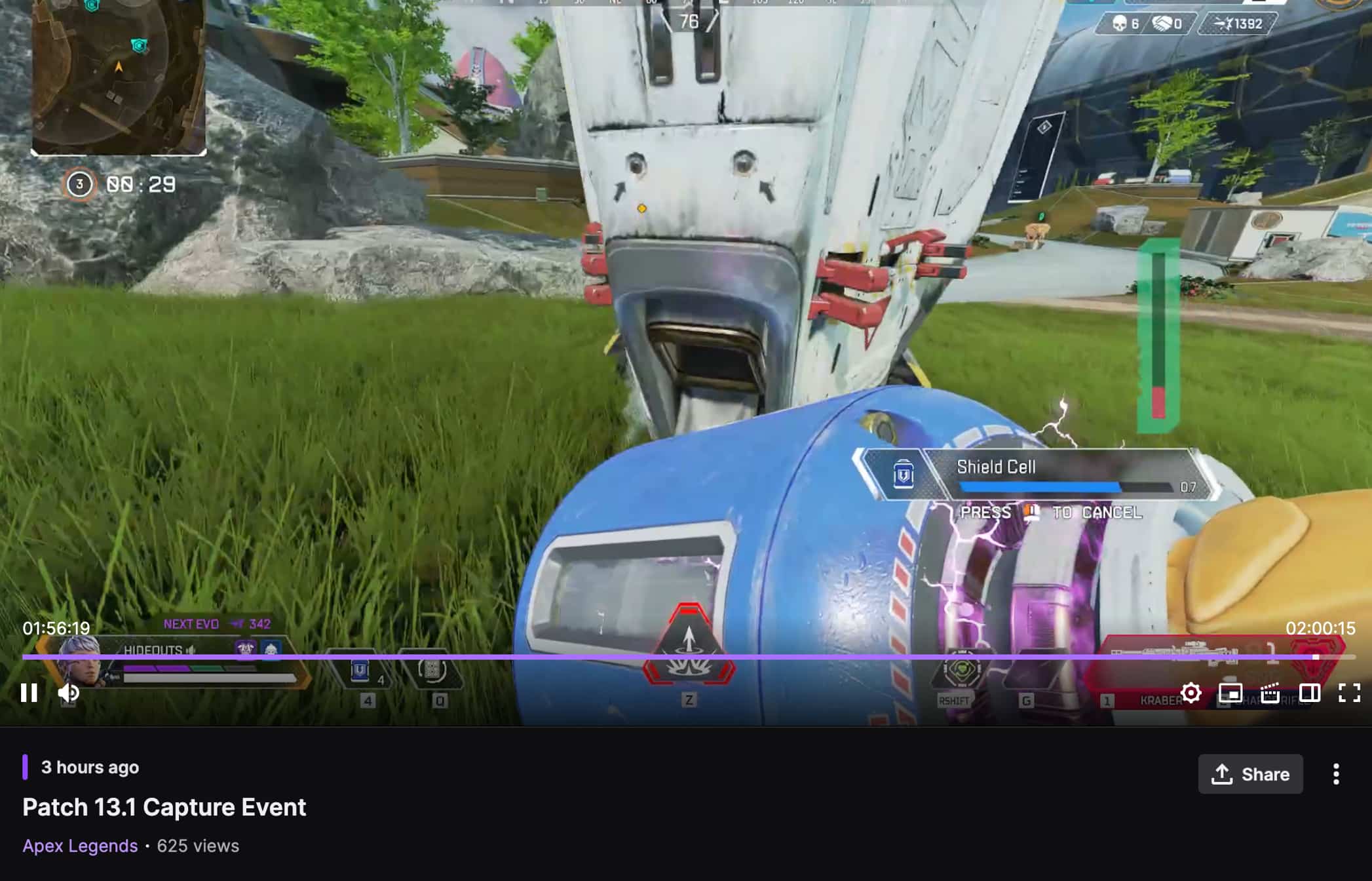 Apex Legends leaks have gotten increasingly outrageous in recent seasons and have now reached even more outrageous levels, with leaks shamelessly streaming hours of gameplay on unreleased versions of the game on Twitch.

Apex Legends Season 12 was littered with leaks revealing new weapons, legends, relics, cosmetics, and just about anything else you want to know about.

It’s unclear why exactly the leaks have become more extreme in 2022, with previous seasons generally limited to blurry screenshots or data mining only, where files from the PC version of the game could be cracked to reveal upcoming content.

Now, a handful of leakers are simply posting hi-res screenshots and videos of unreleased updates, ruining just about everything that’s in the works for future events and seasons. Now, they’re even streaming it on Twitch.

On June 15th, the “420AG420” Twitch account went live for a full two hours, where they streamed early unreleased content, showcasing update 13.1 (likely to be the next Apex Legends update).

This account is almost certainly leaker ‘autismgaming420’, which has been the source of a variety of internal Apex Legends leaks for several seasons.

The leaker was blatantly streaming for 2 hours without disassembly.

Why have leaks become so common in Apex?

EA has been known to quickly take down leaked content with a DMCA notice in the past. But much of this leaked internal content is left untouched.

It also begs the question of how such content is leaked so freely, presumably from sources inside the studio.

Before the release of Season 13, Respawn actually answered to one of the big leaks, but he didn’t seem too concerned about it.

“When it comes to leaky stuff, a lot of that stuff will usually never see the light of day because it’s stuff that we’re just testing. The game is full of things that we are constantly testing, pulling and changing. Sometimes we even put things out specifically for leaks, just to annoy people.”

However, if the constant leaking of new content continues, Respawn and EA could have serious concerns about how to drive engagement and excitement through official announcements.