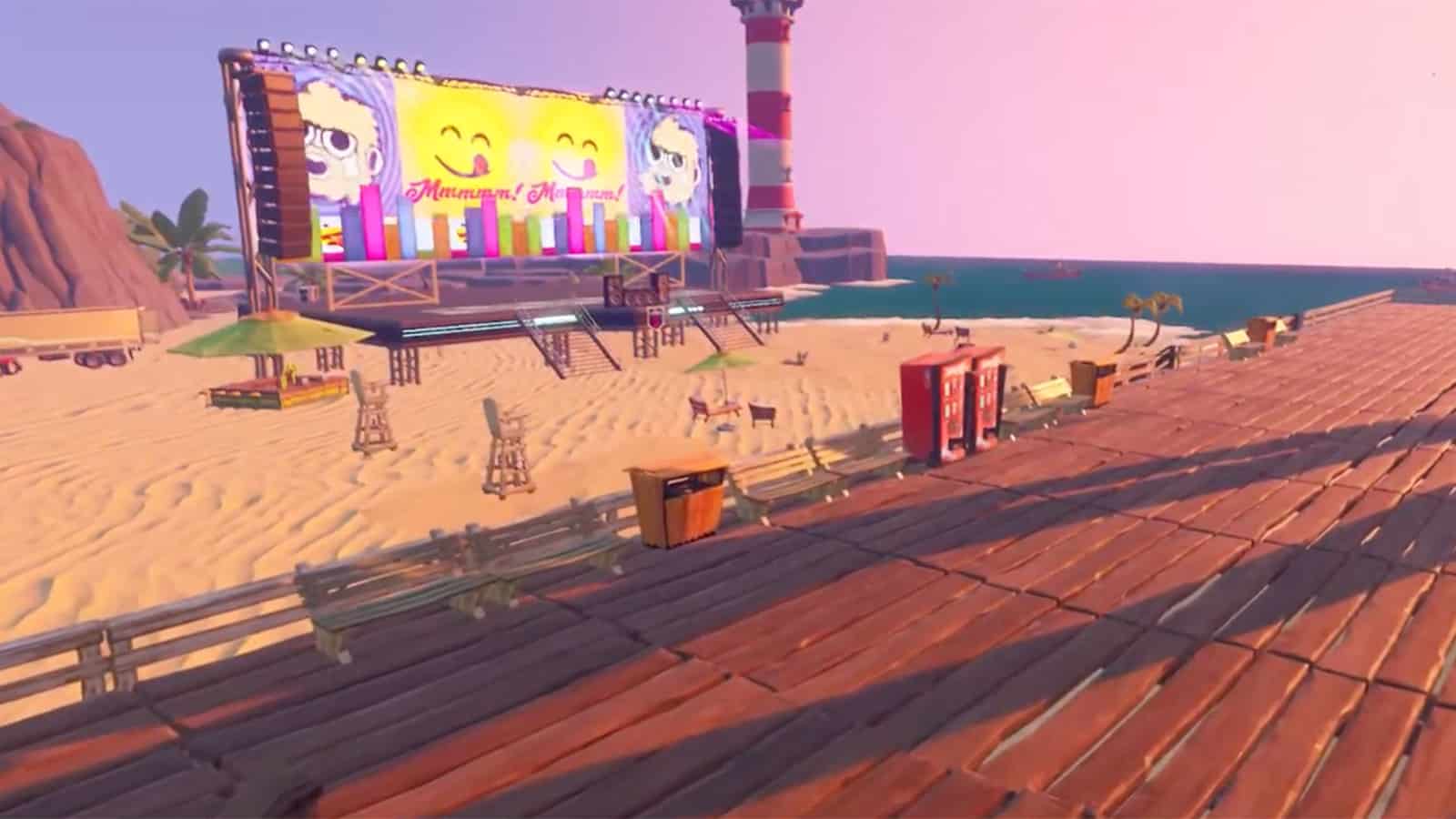 One of the most loved modes in Fortnite Creative is the classic Gun Game, so we’ve rounded up the best and most unique map codes you can play right now.

The popular of Fortnite Creative The mode was first introduced by Epic Games in 2018. The massive sandbox experience gives players the freedom to create their dream map across multiple genres, including Hide and Seek, Deathrun, and even Horror.

One of the most popular modes is Gun Game, which keeps things simple. If you’ve played shooting games before, you probably know the rules: with every kill, you get a new weapon, and the first player to get a kill with each weapon wins.

Below is a list of the best Gun Game map codes you can play right now, from traditional maps like Summer Time and Fantasy Princess to awesome remakes of Modern Warfare 2 and GoldenEye.

There are more details on each Gun Game map below, with screenshots and information on their unique features so you can figure out which ones you want to play first.

Each one is great though, so we highly recommend giving them a try the next time you’re in the mood for some serious Gun Game action.

Summer and life is easy.

Who doesn’t love a day at the beach? If you can’t get there in real life, live vicariously through your favorite Fortnite character in this Summer Time Gun Game map. Fast food trucks, a Ferris wheel, even a boardwalk with carnival rides…it’s all here. So head over to Slurp Beach and be the first to get 25 kills.

Players who grew up playing Call of Duty probably have a soft spot in their hearts for Modern Warfare 2’s Terminal map, and now they can play it in Fortnite! This new version of Jakko is just as you remember it, with a giant plane and kiosks to explore. Up to 16 players can participate, and the first to 30 eliminations wins.

Fortnite meets Among Us in this Skeld map.

Among Us is one of the most unexpected gaming hits of recent times, so much so that it even got its own LTM in Fortnite. However, if you prefer gun games to assassination mysteries, this creative map might be perfect for you. The action takes place on The Skeld, the original Among Us map, complete with Vents to teleport you to different rooms.

Time to pay a visit to The Underworld.

In this incredibly stylish map, players fight to “save their soul from the fiery hell known as The Underworld” and be the first to 30 wins against up to 16 opponents. With gargoyle statues and orange lighting, the design really sets the tone. Without a doubt, it is one of the most unique Gun Game maps we have ever played.

If you love Halloween, you’ll feel right at home here.

Every day is Halloween, the best party, of course, in this typical suburban street. Decorations like spider webs and pumpkins set the mood, and if you go trick-or-treating around the neighborhood, you might find something good. The first person to 20 eliminations wins in this creepy free-for-all map.

Fortnite and Minecraft are still two of the most popular games in the world, so crossovers will eventually happen, even if they’re just fan-made. There are many creative maps, but this one is the standout. There are 21 weapons to work with, and everything you’d expect from Minecraft is here.

GoldenEye and Fortnite? It’s a match made in heaven.

Another classic on this list is the Temple of the beloved N64 multiplayer game GoldenEye 007. Even better, there are five modes, all based on the original game: Live & Let Die (Deathmatch), Living Daylights (Flag Tag), You Only Live Twice (Two-Life Deathmatch), License To Kill (One-Shot Kill Deathmatch) and, of course, Golden Gun (Gun Game).

You’ll feel like a firepowered Disney princess on this map.

This magnificent fantasy castle setting looks like something straight out of a Disney movie. It features a courtyard decorated with water features, spires that you can climb, and fireworks that explode in the background as you try to get to 30 eliminations. Just don’t get distracted by how good it looks when you’re close to that final takedown.

Let’s go down… to the Sundown Showdown.

Sadly, the fan-favorite Butter Barn landmark was removed in Fortnite Chapter 2 Season 6, but you can still live out your cowboy fantasies on the Sundown Showdown map. This fast-paced gun game features only Wild West-inspired weapons like the revolver and double-barreled shotgun, and first to 15 eliminations wins.

Head to the end of the world with this spooky map.

This post-apocalyptic gunfight map looks like it’s straight out of The Last Of Us, and it’s one of the best creative maps we’ve seen. Honestly, Epic Games should add him as a POI in a future season. Up to 16 players can participate with 50 rounds and random loadouts to show off your true Fortnite skills.

This map is great for practicing sky-high takedowns.

If you’re looking to hone your skills in the claustrophobic Fortnite city-inspired areas like Tilted Towers or Condo Canyon, which are full of tall buildings to climb and sneak around, then Ranged Rooftop Gun Game is perfect. It’s tight, it’s chaotic, and falling off rooftops means instant death.

How to load a creative map in Fortnite

Using a creative map code in Fortnite might seem confusing at first, but it’s actually quite easy. You can do it from the main menu or when you are already in Creative mode. Just follow the simple steps below:

That’s it for our list of the best Gun Game maps in Fortnite Creative mode. There is much more to discover, and we will update you as new maps are released, so check back soon for more innovative creations.

Be sure to visit our dedicated Fortnite hub for all the latest news, guides, and leaks.