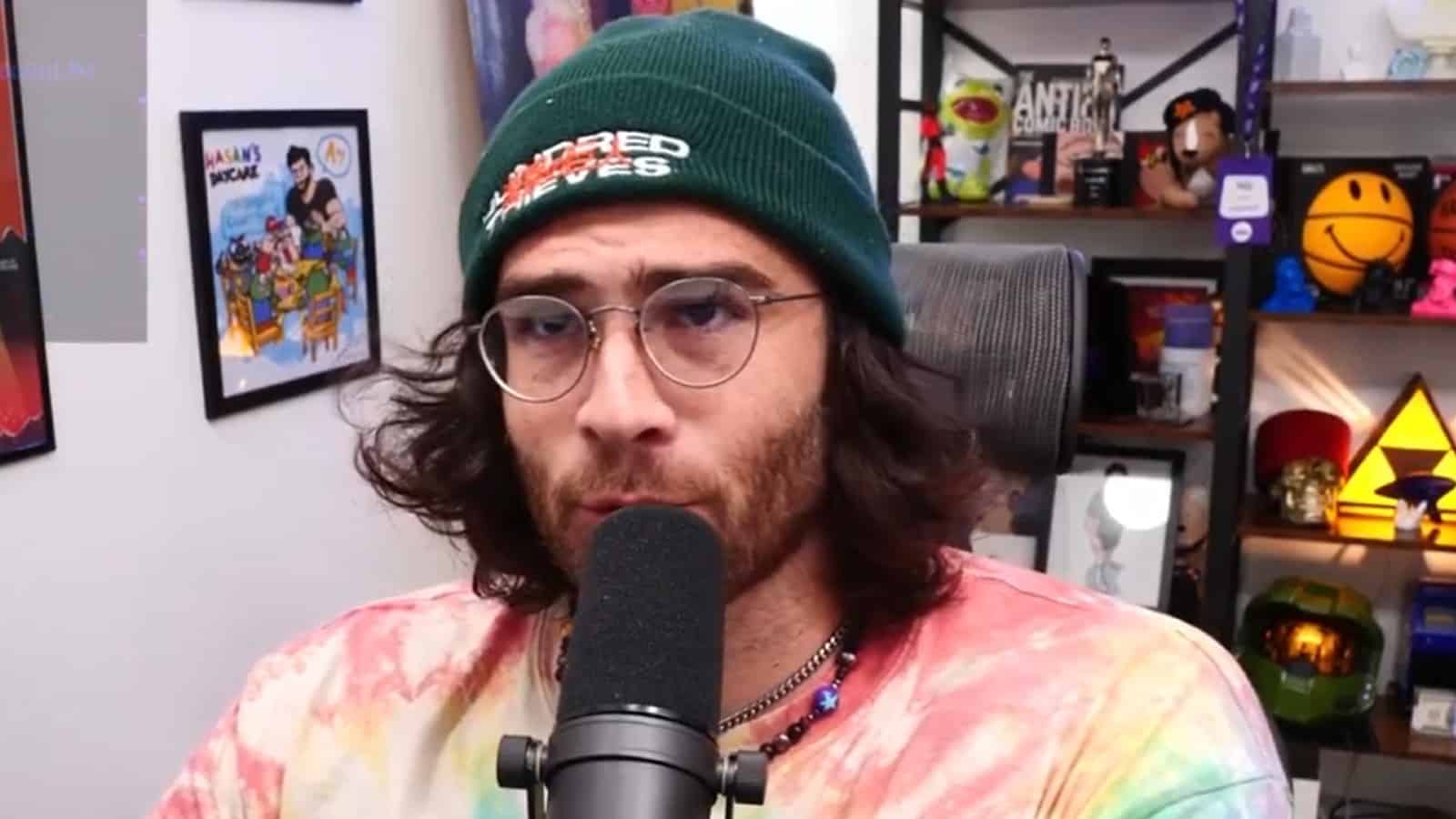 The 26-year-old broadcaster ended up ranking 50 influencers in total, one of them being Hasan, whom he placed in Tier B.

Apparently, Hasan wasn’t too thrilled with his placement and shared why he thinks he was placed so low.

Hasan has over 2 million followers on Twitch.

xQc explained that he actually “likes Hasan a lot” during the tier list broadcast, despite setting it quite low.

However, the French-Canadian gave him a B above all because “he doesn’t play many games, so his versatility is reduced a bit.”

time starts at 1:23 for mobile users

Hasan believed that there was a different reason why he was not at A or S level.

On his private Twitter backup account, Piker said: “xQc is probably classed as a B-list streamer because I’m not going to have him when there’s some hot political thing going on where he has to act like he cares about farming the latest “. an ounce of Twitch’s directory before it goes back to promoting crypto gambling to teens for several million.”

The 30-year-old streamer has voiced his opposition to sponsored betting streams and objected when xQc returned to streaming slots in May.

Hasan claims that it is much more personal than just his lack of “versatility” as a streamer, and that his refusal to have Lengyel on his stream led to a low ranking.