In LoL, a champion currently dominates the low-Elo – what makes him so strong? 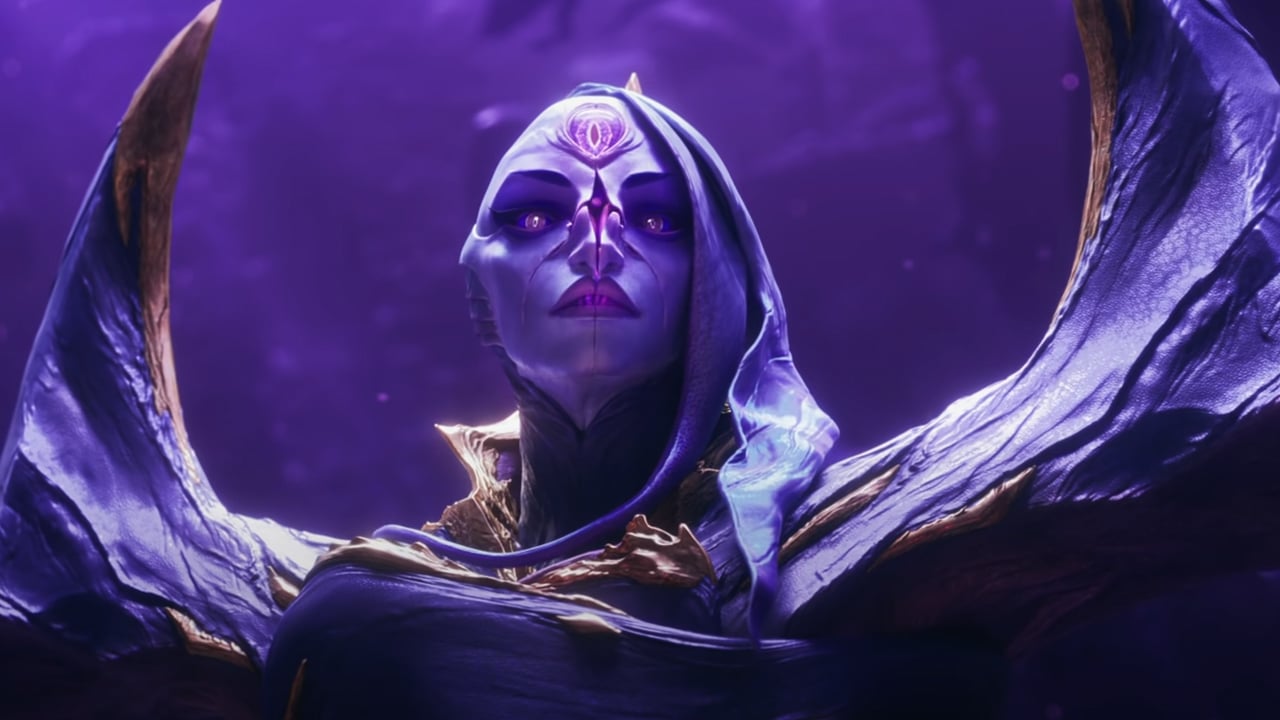 Less than a week ago, the new champion Bel’Veth appeared in League of Legends. But the jungler is a heavy chunk, especially for players in an Elo up to gold. Statistics show how dominant she is right now. Riot Games is reacting to this and is planning big nerfs for the next patch. But she can still wreak havoc for a week.

How strong is Bel’Veth? The statistics paint a very dominant picture of the new champion Bel’Veth in the ranks iron up to and including silver:

This dominance is also perceived in this way by the developers themselves. August, the Lead Champion Designer at Riot Games, tweeted that Bel’Veth was “very strong in low MMR”. Appropriately, patch notes for the upcoming Nerf have already been shared (via Twitter).

So if you are currently in the Low-Elo and there as a jungler, you should take a look at Bel’Veth. However, it is not as present in the high-Elo, where the ban rate even increases to 61.4% in the matches on platinum or higher.

what makes her so strong Bel’Veth has a strong mechanic for ganking lanes.

She can jump in four different directions with her “Q”, each direction having its own cooldown. Hitting an enemy with her “W” will reset the cooldown for that direction, allowing her to jump after the enemy. Her “W” also throws the enemy up and slows them down.

With her “E” she can also quickly vanquish objects such as the blue and red buffs, dragons, herald and baron. This is particularly important in the low-Elo, because here the teams don’t play in such a coordinated manner and they can sometimes stand alone on such objects for a long time.

In addition, her passive ability scales endlessly, giving her more and more attack speed. Combined with her ultimate, this makes her a strong champion.

What are your problems? Bel’Veth is weaker than other champions in the jungle. This allows good players to do counter-jungle or even one-on-one kills. This makes them weaker in the higher ratings, where enemies will be more following the path that opposing junglers are taking and more likely to team up.

She is also very attached to her items. If you don’t equip her with good items fast enough, she will fall behind in the mid- and endgame.

Well-known LoL coach LS called her the “Beast in SoloQ” but weak when it comes to team play and coordinated matches. This also fits with the statistics, because starting with Diamond, Bel’Veth currently only has a win rate of 48.6% – this corresponds to place 117 out of 160.

Nerfs should make them more bearable for the low-Elo

What’s changing at Bel’Veth? With the upcoming patch 12.12, Riot is planning some nerfs to the new champion:

In return, she gets a slightly increased range with auto attacks and can also get stacks from big minions with her passive.

When will the nerf appear? The new patch 12.12 is scheduled to be deployed on Thursday, June 23rd.

Does the nerf go down well everywhere? no The LoL streamer Christian “IWDominate” Rivera criticized the fact that the changes are based too much on the low-Elo (via Twitter). For him, Bel’Veth is currently the worst jungler in the game.

With these changes, it could now happen that it will not play a role in high-elo or in tournaments.

What are your thoughts on Bel’Veth so far? What is your experience with the new champion? Is it really too strong or rather too weak? Write it in the comments.

Junglers are currently having a hard time in LoL anyway. This is also the opinion of the pro Broxah, who explains why even good junglers are constantly hated: