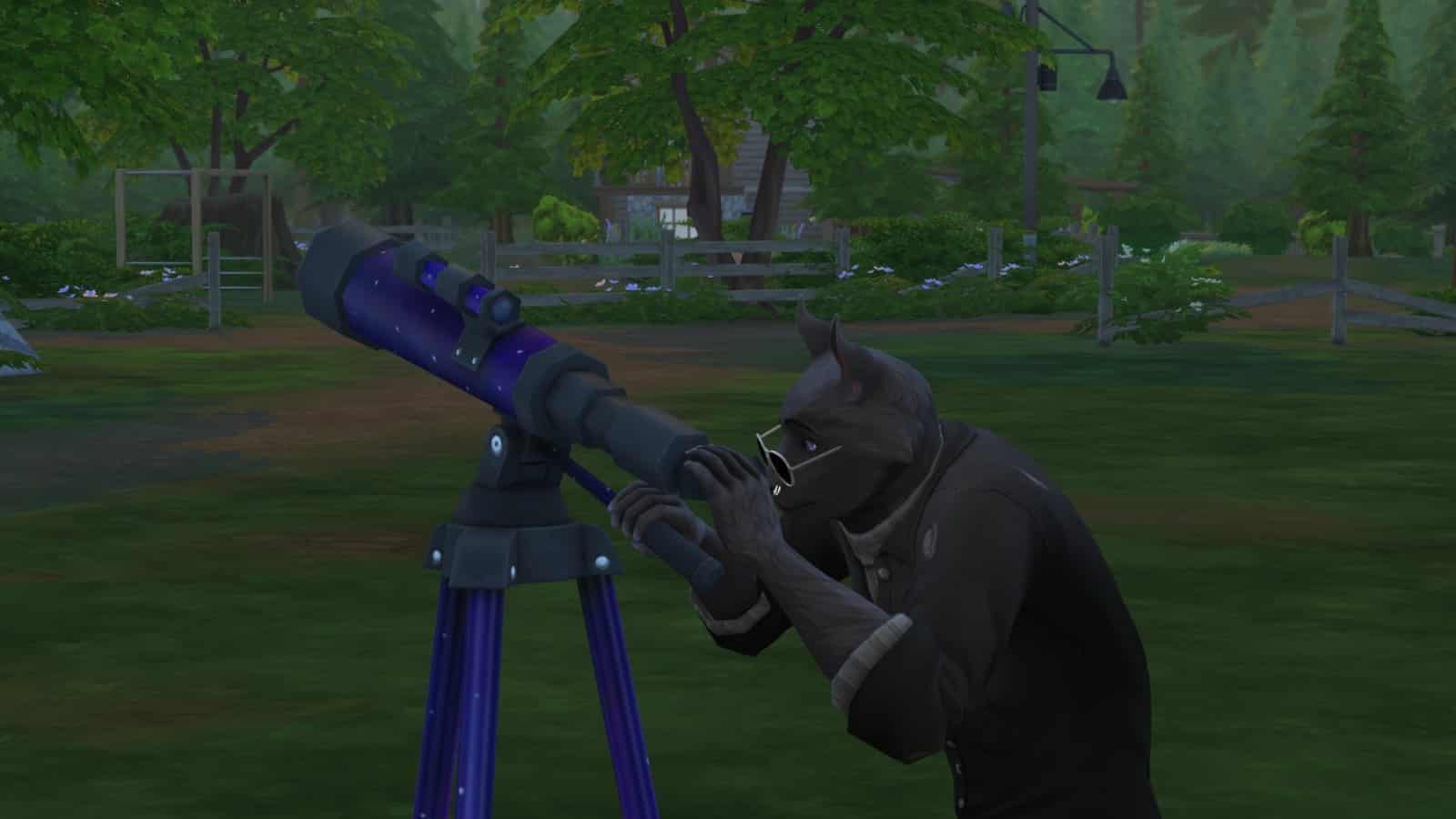 A new free update for The Sims 4 adds a small telescope that, when used, can cause a character to succumb to death by a meteorite.

The latest patch released on June 14, featuring “bug fixes and updates,” came just in time for The Sims 4 Werewolves Game Pack, launching on console, PC, and Mac on Thursday, June 16.

In addition to allowing players to morph into a werewolf, the Werewolves Game Pack will also unlock the new Moonwood Mill world, unique events, and two packs of wolves: Moonwood Collective and Wildfangs.

But in the run-up to the DLC’s release, the recently released tiny telescope has generated a lot of buzz online, and its more compact size has proven perfect for stargazing and neighborhood gazing. Apparently using it can also result in a Sim’s untimely death.

How the telescope in Sims 4 culminates in death

Star gazing in Sims 4 can be deadly.

EA Patch Notes for the most recent Sims 4 update warns players that their Sims may spot something heading directly towards them while looking at the night sky through the small telescope. “Death by meteor is now a thing,” the post says.

Content creators like YouTuber iron gull they rushed to try the new kind of death for themselves. While using the telescope, there is a chance that players will get a notification that their Sim “just noticed a meteor headed straight for me.” [them]!”

The notification also advises users to quickly seek shelter. Fortunately, a Fear buff will help alleviate a Sim’s fears, though it only lasts for a few minutes.

When the buff clock stops completely, those who haven’t sought shelter will cower in place and be killed by a meteor strike.

It’s not the best way to go, but the return of Sims 3’s meteor kill has countless Sims 4 users excited.