WoW Game Art Reveals What Draenei Could Have Looked Like 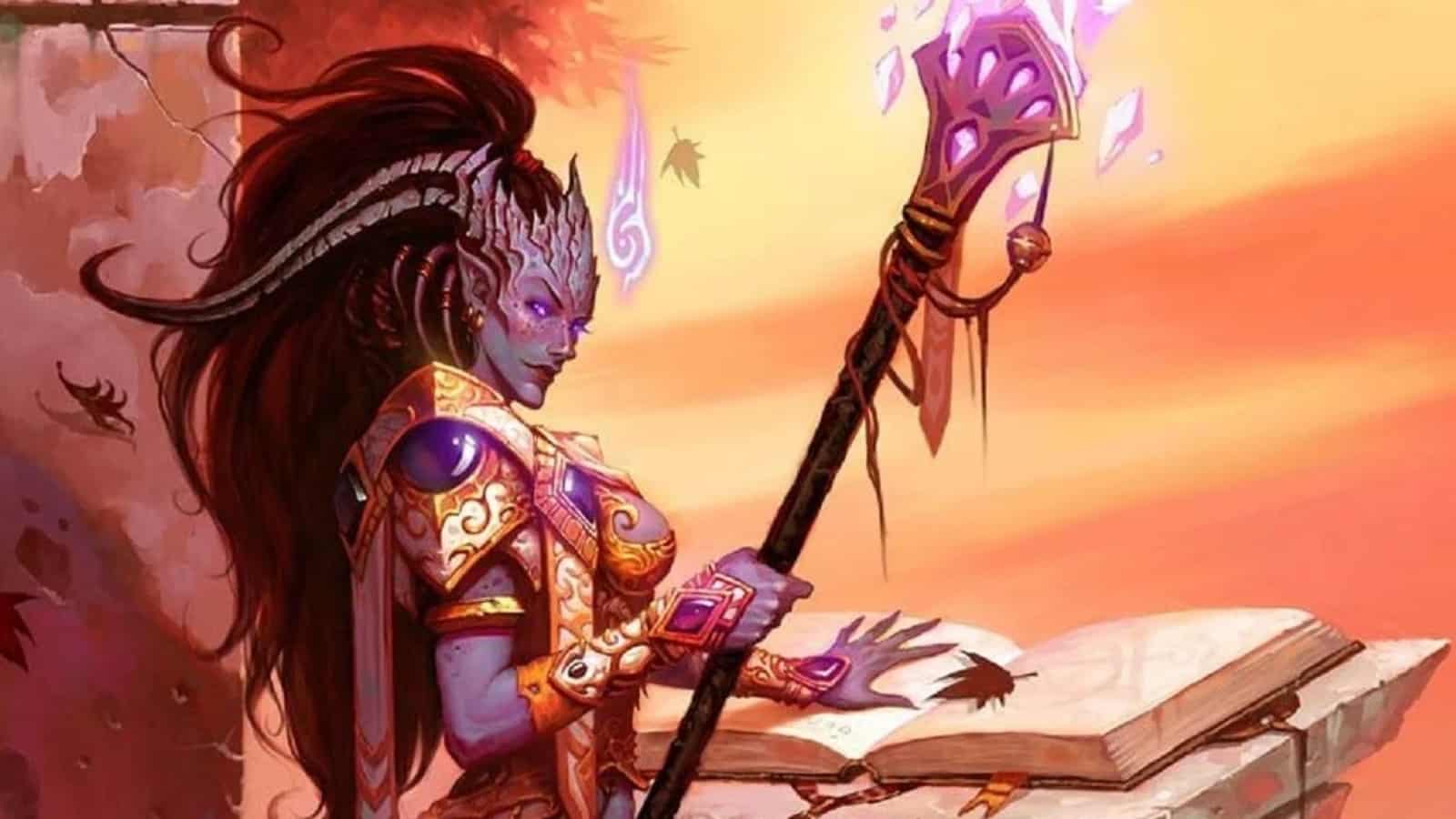 Discussions of a mysterious character from the game art in World of Warcraft: The Burning Crusade have featured a conceptual design of the Draenei race.

Released in early 2007 as the first expansion for World of Warcraft, The Burning Crusade is notable for raising the MMORPG’s level cap to 70 and introducing players to the shattered world of Outland.

Blood Elves and Draenei also became playable races in the expansion, the latter sporting a striking appearance with blue skin, horns, and cloven hooves like goats.

But WoW players recently came across art from The Burning Crusade that reveals the Draenei looked a bit different in the conceptual stages of development.

The Draenei concept from The Burning Crusade by Wei Wang.

Posting an image of a cropped Burning Crusade loading screen, Reddit user deep soup posed a question to other WoW fans: Who is the mystery character in the top right corner?

Many Redditors were quick to note that she was a conceptual version of a Draenei character, the way a “female Draenei should have looked.” talyria added in his reply.

In her response to the original post, talyria also drew attention to the original concept artist’s work, Wei Wangwhose Art Station page houses a treasure trove of World of Warcraft artwork from 2005-2016.

Wang’s art shows that the Draenei could have been a more purple color, with their foreheads and horns having some added intricacies compared to the final version.

Of course, the technology at the time of Burning Crusade’s release in 2007 limited what the developers could achieve in terms of character detail.

Still, some WoW faithful may find it beneficial to revisit footage from the past to see how the developers translated the wild imagination from page to screen.