WoW: The Future of the Forsaken – can Calia replace Menethil Sylvanas? 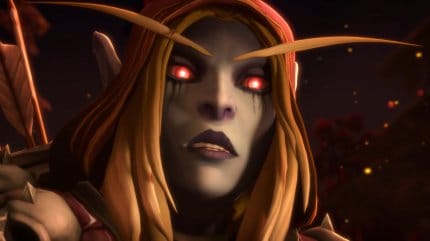 It is official! Calia Menethil is the new leader of the Forsaken in World of Warcraft. After a long and spectacular escape from Lordaeron, the missing princess returns to her ancient home after years in exile. In her father’s throne room, the young woman remembers the day Arthas – Calias’ little brother – murdered King Terenas Menethil and unleashed the Scourge on his own people.

In that ominous place, Calia finally makes an important decision. She founds a council that will determine the fate of the undead in the future. Some Forsaken follow Calia because they long for a peaceful life. Others, however, vehemently reject the last heir of Lordaeron and mourn the loss of their banshee queen. And although Calia Menethil would like to shake hands with all Forsaken, the princess will find it truly difficult to unite all undead under one banner.

WoW: The Future of the Forsaken

Banshee Queen Sylvanas was a strong leader. Is Calia Menethil a worthy successor?


After Sylvanas fled to the Shadowlands, the fate of the undead remained uncertain for a long time. The Banshee Queen was the great common denominator that united all undead, no matter where they originally came from. Without their queen, the Forsaken people disintegrated into many small groups, some of which are still enemies today.

In these turbulent times, there was no charismatic undead who could lead the Forsaken with the same strength as Sylvanas once did. The loss of their old home also hit the undead hard. Undercity had been a safer haven for the Forsaken for decades. In other cities of the Horde, however, the undead were not welcome guests. Most of the undead therefore ducked into the dark alleys of Orgrimmar or hid in the deep forests of Tirisfal Glades.

Recommended Editorial ContentThis is where you will find external content from [PLATTFORM]. To protect your personal data, external integrations are only displayed if you confirm this by clicking on “Load all external content”:I consent to external content being displayed to me. Personal data is thus transmitted to third-party platforms. Read more about our privacy policy.
See also  Medium, Observer and Darq now available together in the new Ultimate Horror bundle

With the return of Calia Menethil, however, many Forsaken found new hope for a better future. Most of the undead support Calia, but the princess still has great doubts. In the ruins of Lordaeron, Calia speaks for the first time about her past, her family’s curse, and her fears.

Image gallery for WoW: The future of the forsaken – can Calia replace Menethil Sylvanas?