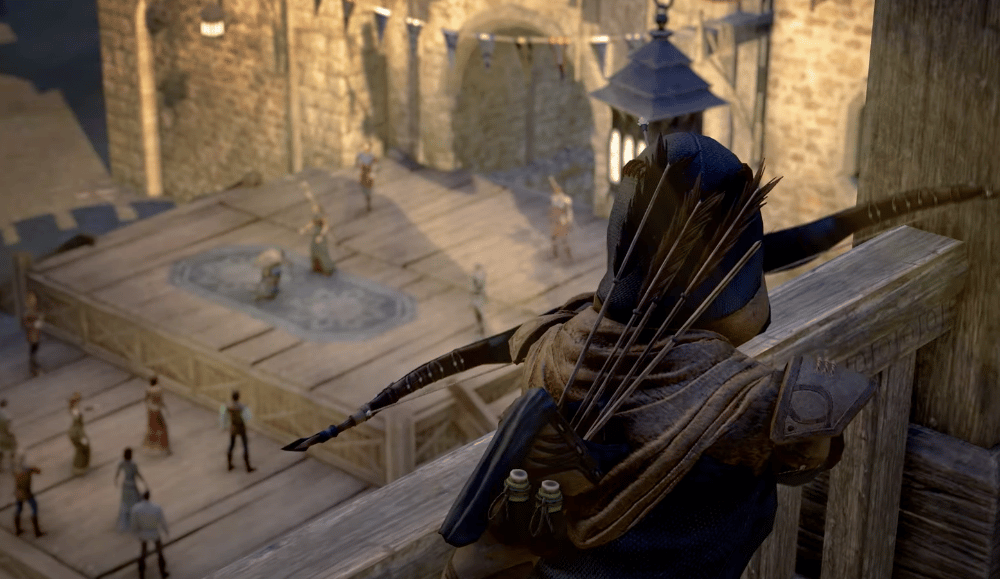 The newest expansion for The Elder Scrolls Online, High Isle, is now available on PC, giving players a new region to explore and things to do. A new feature that went unnoticed is the ability to pet the cat.

Upon the release of High Isle for PC on June 6, players quickly discovered that it is possible to pet the cat. Developer ZeniMax Online Studios seems to have put a little more work into this feature, as the animation goes beyond just petting the cat.

As you can see in the following video of Can You Pet The Dog? Twitter account, the animation shows the player bending down, picking up the cat, cradling the cat, and finally petting the cat before the little critter scampers away as cats are known to do. The official ESO account re-shared the video and confirmed that cat petting is now on ESO.

The High Isle expansions for ESO released on June 6 for PC and arrive on console on June 21. In addition to a new area, the expansion adds an in-universe card game called Tales of Tribute, featuring Lord of the Rings actor Billy Boyd.

In other ESO cat news, the developer recently added a new purchasable add-on, a familiar-looking feline named Catwell. This cat appears to be a feline version of the Elder Scrolls character Sir Cadwell.

For more on High Isle, check out GameSpot’s roundup of everything we know about ESO’s High Isle, including the story, content, and everything else we know.

In other Bethesda news, the publisher recently shared more information about two of its biggest upcoming games, Redfall and Starfield, as part of the Xbox/Bethesda Summer Showcase.