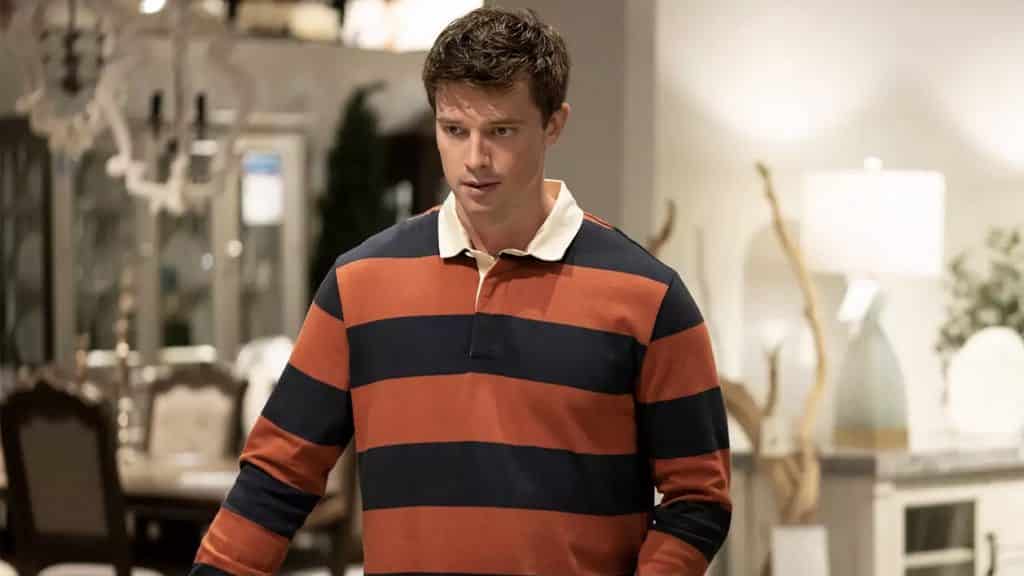 Arnold Schwarzenegger hasn’t seen the superhero series The Boys, and was surprised to find out that his son is starring in a spin-off show that could be called Varsity, and in which he could play a character named Golden Boy.

Patrick Schwarzenegger has been acting since he was 10 years old, when he made his debut as ‘Jock Kid Game #3’ in The Benchwarmers.

Since then he has played the ‘Frat Kid’ in Grown Ups 2, a soldier in the miniseries The Long Way Home and the alter ego of a deeply troubled teenager in the horror film Daniel Isn’t Real.

He can currently be seen in The Staircase, an adaptation of the hit documentary about a novelist who may or may not have killed his wife. But an upcoming role is the one that has most confused his father, Arnold Schwarzenegger.

What did Arnold Schwarzenegger say about The Boys spin-off?

Patrick Schwarzenegger in The Staircase.

while talking with Variety On The Staircase, Patrick Schwarzenegger revealed that he had shown his famous dad photos on the set of The Boys spin-off.

‘He looked at me and said, ‘What the hell are you filming?’ I was like, ‘It’s this show called The Boys.

With Arnold apparently still confused, Patrick added, “You have to watch an episode to understand it, or else I can’t articulate what’s going on in it.”

How was Patrick Schwarzenegger cast in The Boys spin-off?

Anthony Starr as Homelander, a role Patrick Schwarzenegger auditioned for.

According to VarietyThe producers of The Boys approached him after he auditioned for Homelander in the original series, a role that ultimately went to Anthony Starr.

They were like ‘It’s about this’. This is the character. This is what is going to happen.”

Schwarzeneeger was not allowed to read the script until he was cast. “I was like ‘OK, it’s The Boys, I know it’s going to be crazy’… and then when I started reading [the scripts] on set I was like ‘Oh boy…this is going to be fun and interesting.’

Who does Patrick Schwarzenegger play in the spin-off of The Boys?

Schwarzenegger neither confirmed nor denied that he’s playing Golden Boy in The Boys spinoff, but IMDb credits him with the role, and the character was mentioned in a fictional news show Amazon launched in January; watch up.

The show is rumored to be an X-Men spoof that focuses on characters called the G-Men. Unofficial set photos they depict the University of Toronto doubling as ‘Godolkin University School of Crime Fighting’, which sounds like The Boys’ version of ‘Xavier’s School for Gifted Youngsters’.

Golden Boy is apparently the big man on campus, and Schwarzenegger told him Variety, ‘This set is really funny, and there’s only one loose comedy. It’s like Euphoria meeting superheroes.’