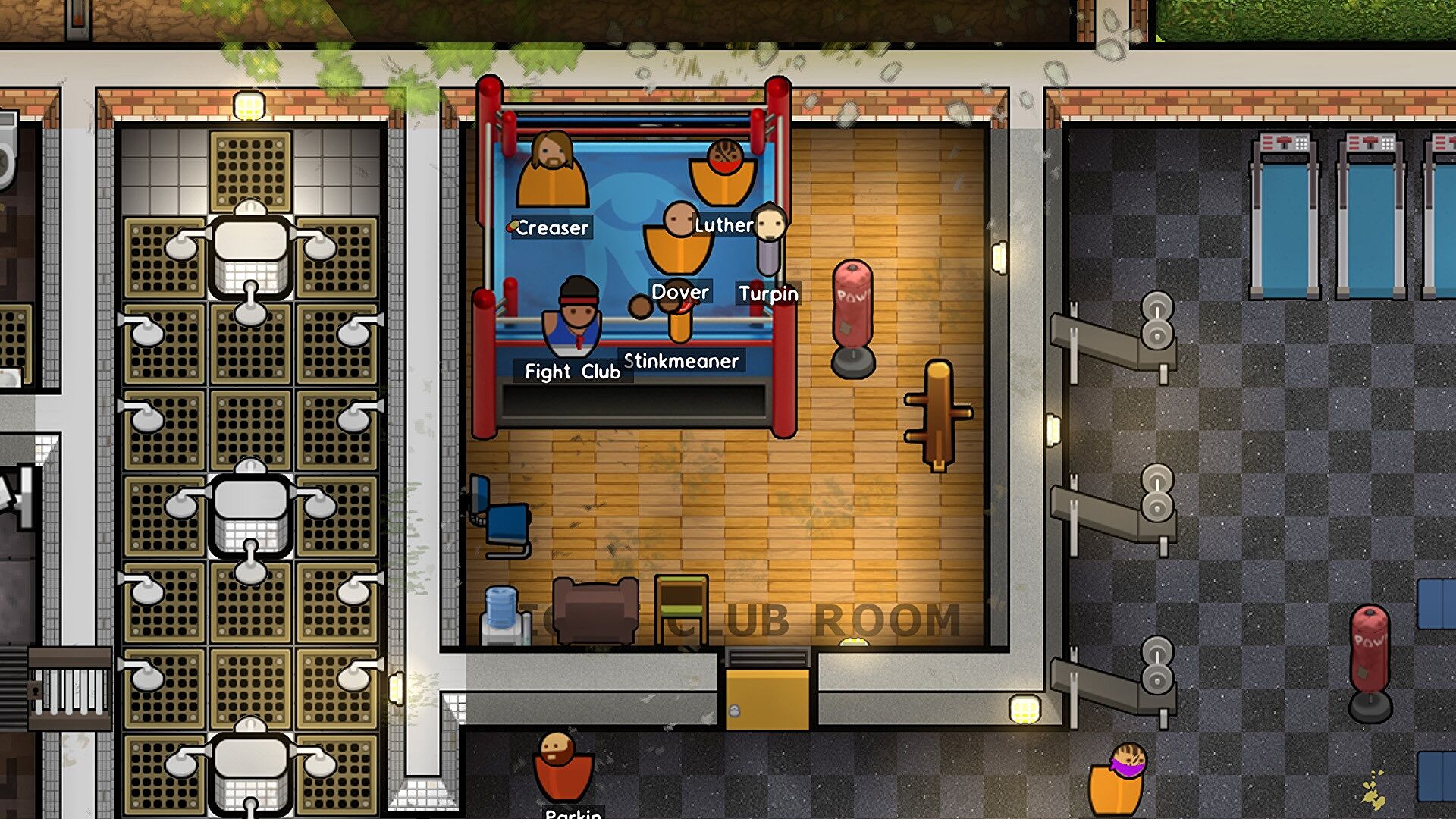 Prison Architect has received a new DLC and free update. The Gangs DLC introduces – no surprise – new gangs to your prison and expands their significance, allowing them to grow in power by recruiting new members and forcing you to struggle to rehabilitate them. The free update, meanwhile, includes bug fixes and a handful of new features.

The Gangs DLC introduces three new gangs – the Jackals, Bone Breakers and Vipers – each with their own traits. They’ll recruit members who have the kinds of traits they’re looking for, can raise the overall “danger temperature” of your prison, and can gain an advantage via newly added crooked guards.

I enjoyed Prison Architect in part because I thought it successfully walked a fine line with its subject matter, choosing wisely when to depict prisons with appropriate seriousness and when to paint with broad strokes. There’s a reason, for example, why Prison Architect isn’t set in any specific country. It’s the same reason why gangs were depicted as generic “street punks”, as designer Chris Delay once described them to me, rather than the “vast organisations” of the American prison system.

Even still, I know plenty of people who didn’t play Prison Architect because prisons just seemed too fundamentally miserable to have fun with. I think I know more how they felt with every new DLC released for it. I watch the wacky action hijinks of the Gangs trailer above and think, ugh, I don’t want to have this kind of fun with this kind of subject matter.

The Gangs DLC costs £4.79/€6 onSteam. There’s also a new free update, The Kite, which adds two new wardens, four new guard dogs, and a new mutator which removes room size requirements from your prison. You can find all the patch notes in this Steam post.

Prison Architect was originally developed by Introversion Software, before they sold it on to Paradox Interactive, who have been responsible (with developers Double Eleven) for the recent DLCs. Introversion announced The Last Starship a couple of weeks ago, which looks a bit like Prison Architect in space.