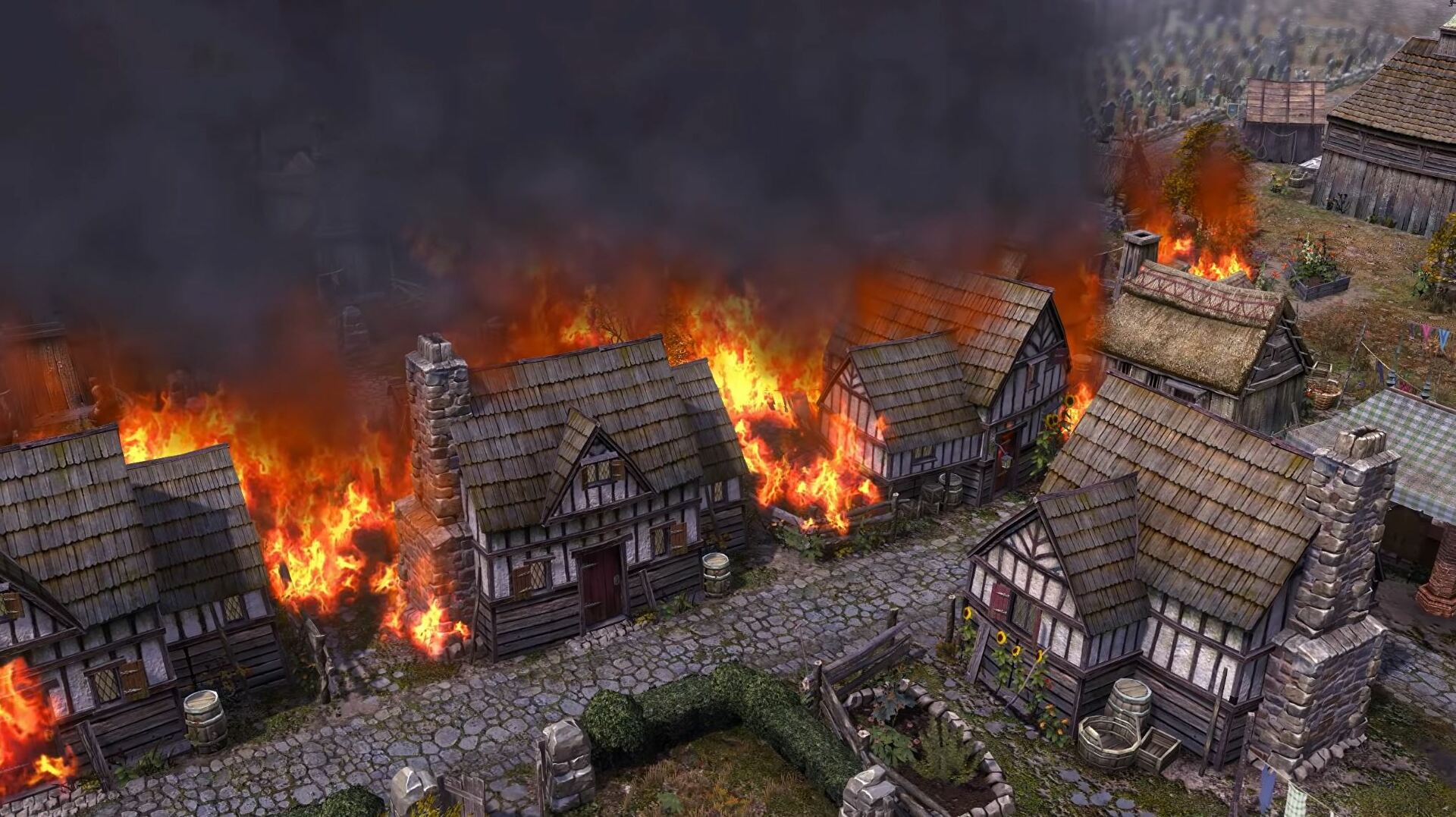 Farthest Frontier, which arrives on Steam Early Access on August 9th, sounds as much of a statement of intent as it does the name of a city-building game. It’s a combination of town management and survival sim, putting you in the presumably cheap clogs of a band of settlers trying to make a go of it in the wilderness. A story trailer for Farthest Frontier was shown at last weekend’s PC Gaming Show, which you can watch below.

Farthest Frontier is in development at the studio responsible for Grim Dawn, Crate Entertainment, and was announced in January 2021. In it, you’ll have to contend with all the kinds of things real-world settlers would, like cholera and people trying to pillage your spuds. Keep your villagers’ water supply clean and train some troops up, though, and you’ll be golden – or alive, at least.

Maps are randomly generated so you’ll never know where to scrounge resources from when you start a new game. Those resources are fairly diverse, with 14 types ranging from bog-standard wood and stone to the more fancy-dancy artistic stuff, such as wild herbs and gooey honey. Concentrate on gathering resources that are plentiful nearby so you can start an economy that’s locally sourced, which will let you trade for things you can’t rummage up.

Honey and herbs aren’t among the 17 varieties of food you can grow or forage for, ten of which are crops that Crate Entertainment say is part of the “most detailed farming system ever”. You’ll have to manage crop rotations to keep your soil fertile, and put up fencing to keep deer from nibbling the plants. You can even adjust the soil mixture to boost crop production.

Farthest Frontier is due to sprout in Steam Early Access on August 9th. One to keep an eye on if building a town is your jam. Just don’t build towns with jam, because then you’ll be in a very sticky situation. There’s more about the game on its official site here.